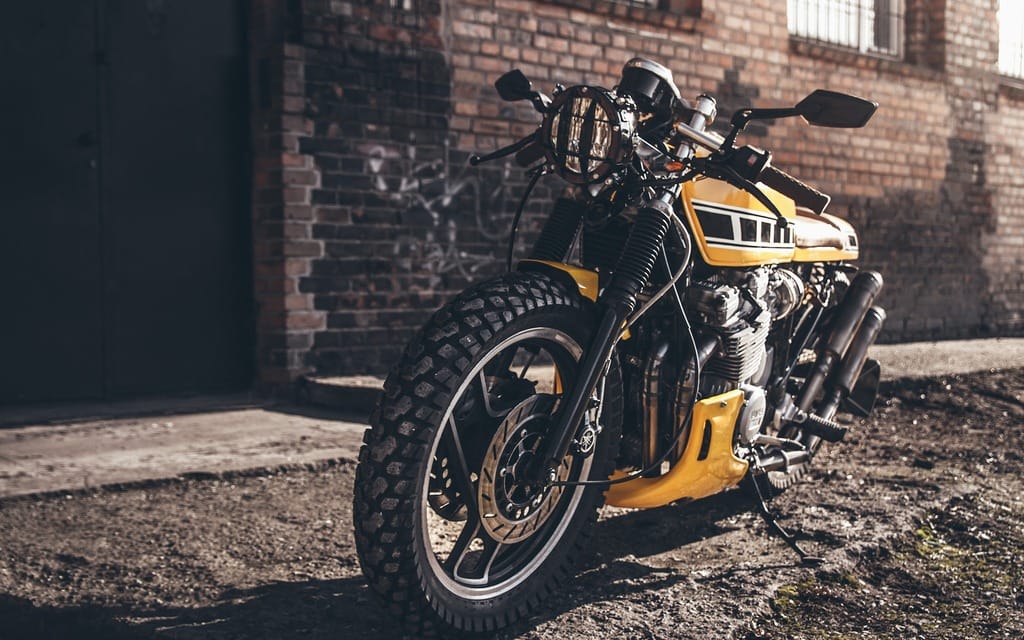 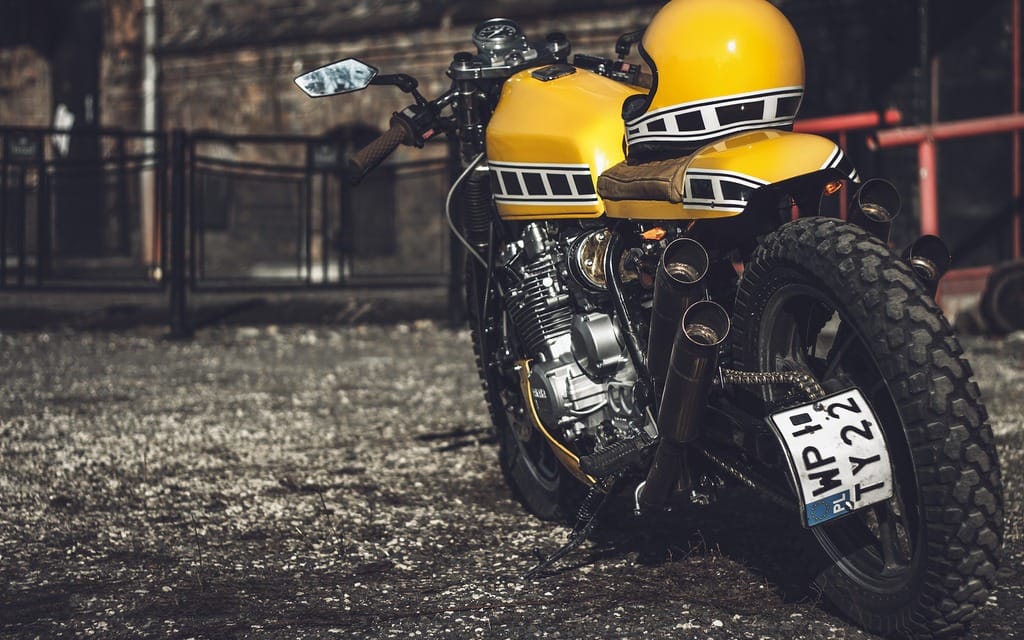 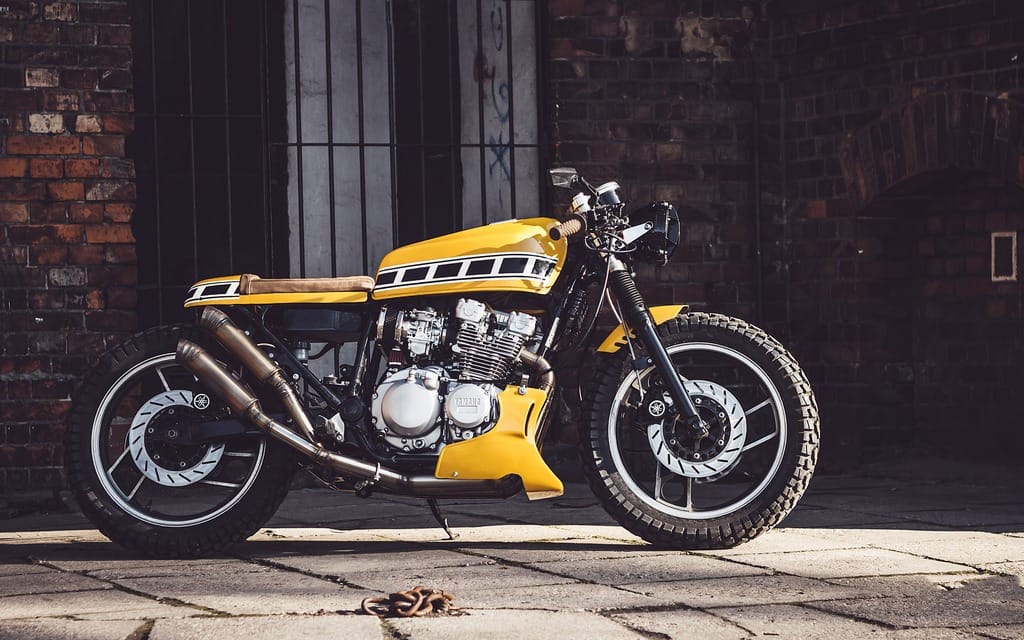 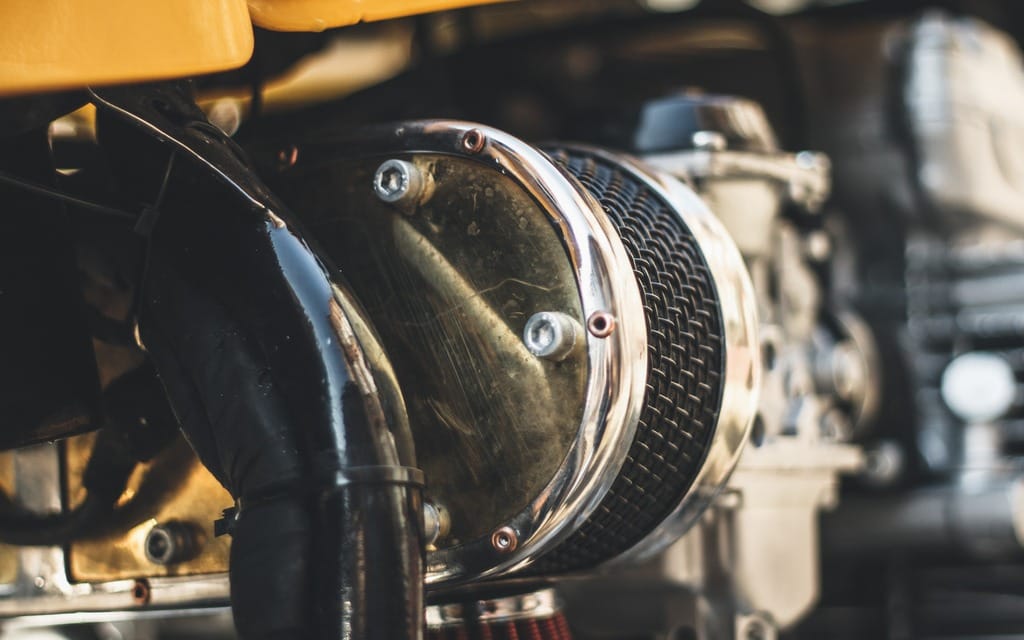 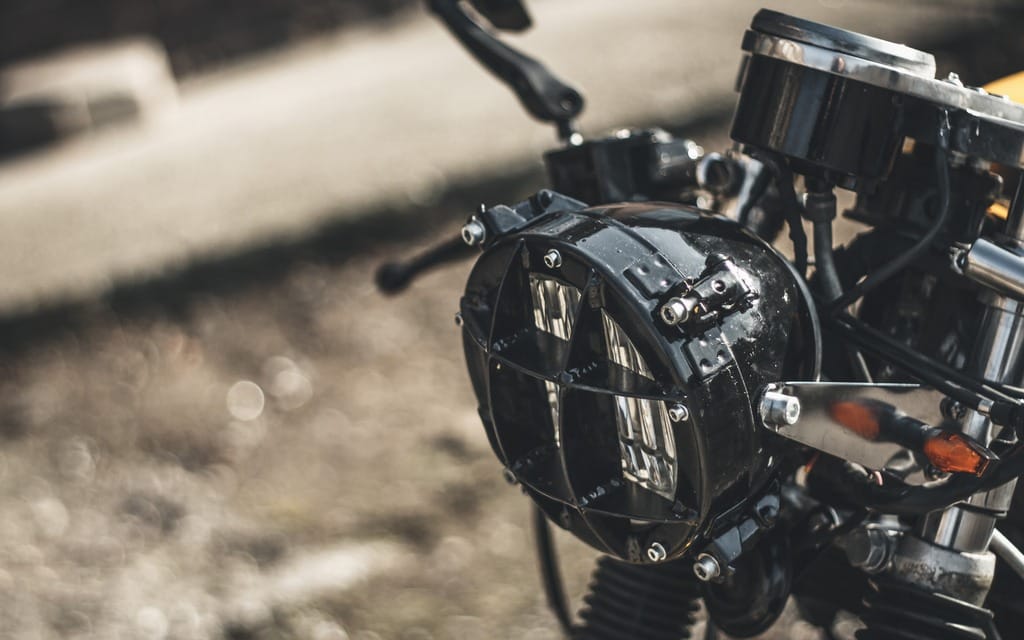 Seen one too many cookie-cutter café racers of late? Here’s a bike to spill their lattes and send them packing
By Martin Hodgson of Pipeburn.com

When you nickname your custom build “Cafe Terror” you invoke images of a bike capable of roaming a post-apocalyptic urban environment and intimidating anyone that gets in its way. A statement that might ring true not only of this 1986 Yamaha XJ600, but of the man who owns it and swung the tools, professional soldier by day and bike builder by night, Piotr of Custom Operational Group in Warsaw, Poland. Before he could attempt to create a design the hideous ’80s fairings were removed and destroyed as punishment for being in bad taste. With a clean canvas and a few beers to lubricate his imagination Piotr focused on the look he was after. “It had to be aggressive, low, straight, and it had to arouse respect on the road. A muscle car among motorcycles.”

With some good advice and tips from his friends at the biggest Polish custom bike forum, Bobber.pl, Piotr decided that the project would need more than the scrapping of the stock plastics of the XJ600 if he was going to pull off the look he envisaged. The standard airbox, half of the wiring loom, instruments, bars, mirrors, and even the gas tank were also scrapped. Then the process began of mounting up replacement fuel tanks from a Kawasaki KZ that would give the lines and styling he was after. The chin spoiler adds an extra layer of muscularity around the engine and the front fender has been severely cut back. Before the rear end could be tackled the rear subframe, originally designed to support panniers, got the chop and the back of the frame was welded up.

Part of the new rear is a seat with a little something special from the Soviet era from Wierchowina, a company that peaked in the ’70s and is largely unheard of outside of Eastern Europe. With one of their gas tanks in hand Piotr cut, welded and shaped the old Soviet steel until he had crafted a cowl that he then welded to the remainder of the seat base. The seat cover was hand-stitched from raw tan leather created for the build by a craftsman who still practises the old-school ways. The remaining half of the wiring loom now hides under the seat; after going to extensive lengths to get the metalwork the way he wanted it, Piotr didn’t want any mess crowding the view. With the bird’s-nest of wires sorted out, he fabricated a box just big enough to house the loom, fuse box, and a new gel battery.

With the bulk of the big jobs taken care of, Piotr got down to customizing the Yamaha in a style that matched his original design. With the big ugly bars gone, a set of clip-ons now takes care of steering duties and wears a pair of grips that match the seat covering. The headlight of the XJ looked even worse without the big fairing, so to add some more Soviet-era paraphernalia he adapted a wartime headlight from a Russian military vehicle to fit; being barred-out in black it adds a fitting touch to the finished project. A tough look is no good if you can’t ride the thing on the street, so small indicators are mounted to the headlight ears and some modern street-fighter mirrors sit atop the levers. The finishing touch is the single speedo held in place by a CNC-machined housing that clamps down to a custom top clamp that also has been machined from a single billet piece.

The power unit of the XJ600 defies its limited success and popularity upon its launch, as it was the first time a Japanese company had produced an inline four with a capacity of 600 cc. So important has that basic foundation become to motorcycling that nearly every manufacturer produces such an engine now and there are specific categories designed around that framework in Moto2, WSS and one of the premier classes at the Isle of Man TT, Super Sport. Clearly not as technologically advanced as those that would follow, the DOHC four with a high-revving square bore still has many of the characteristics that make 600s so popular to this day. To add some extra power the quad Mikuni carbs now breathe through a custom meshed airbox. But it’s the four-into-four hand-crafted, stainless steel exhaust, with twin mufflers exiting each side, that really lets the XJ howl.

Happy with what he’d created, it was time for the bike to be stripped down so everything could be painted, polished, and cleaned up for the final assembly. Still not sure about the colour scheme for the bike, he tried grey, but that didn’t work on the bike the way Piotr would have liked. So he went back to his friends at the Bobber forum for some suggestions and the idea of using Yamaha’s classic racing colours came up. The Yamaha Yellow with black-and-white speed blocks is one of the most enduring exercises of branding in motorcycle history and it looks simply meant to be on the XJ600. The rest of the build has been largely blacked out for the bumblebee effect, apart from the cleaned and polished engine.

To bring the Yamaha closer to terra firma the front fork legs have been lowered through the trees and shielded by gators and the rear tire now just squeaks by the cowl. Those tires add some urban warrior appeal, Dunlop K360s with an ultra-aggressive tread pattern. To finish off the build the twin 267 mm discs have been refurbished and the same white paint from the body now lays down the Yamaha logo on the blacked-out two-piston calipers.

With his creation finished it was time to hit the streets. “The Yamaha is very unique and it draws a lot of attention. It also inspires a lot of interest and respect on the road, Piotr boasts.” It doesn’t hurt in the respect department that Piotr is a professional soldier, but what he’s shown is that with the skyrocketing prices of ’60s and ’70s classics—many of which you could hardly call fast—there is a lot to be said for café modding a much cheaper performance bike from the ’80s.