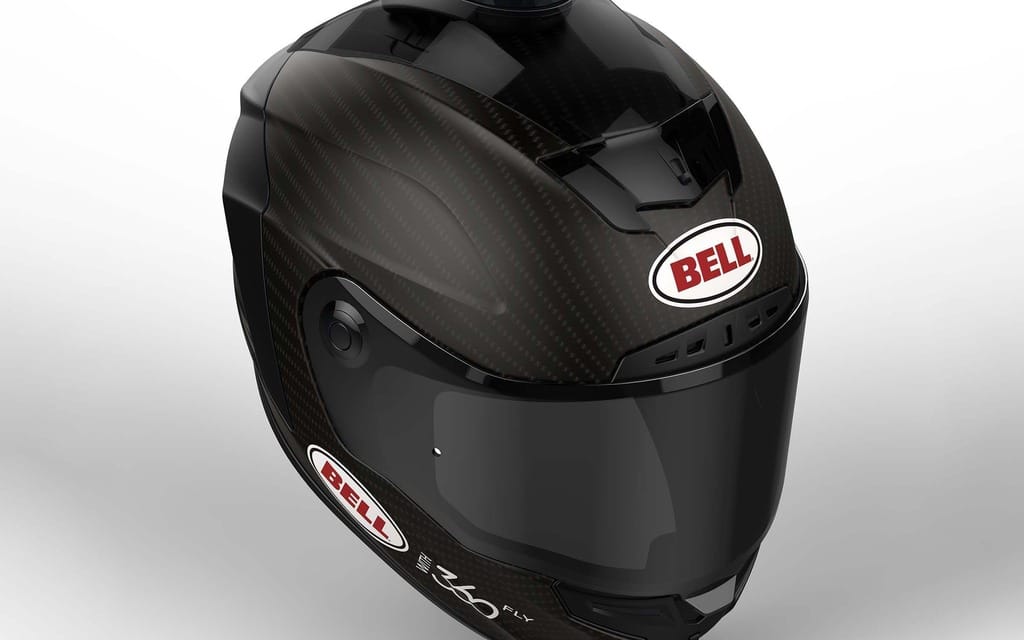 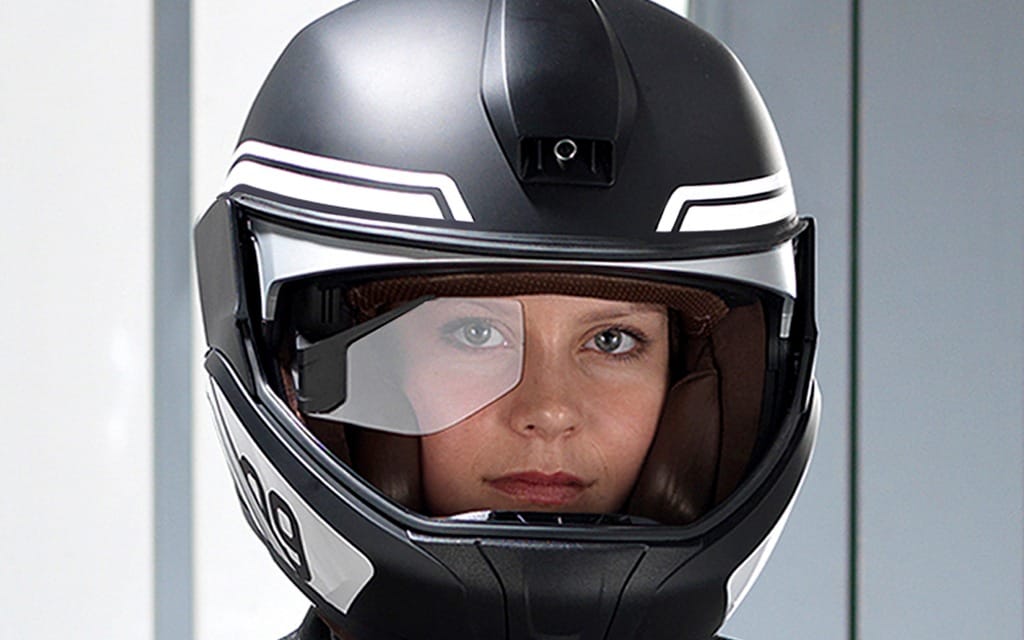 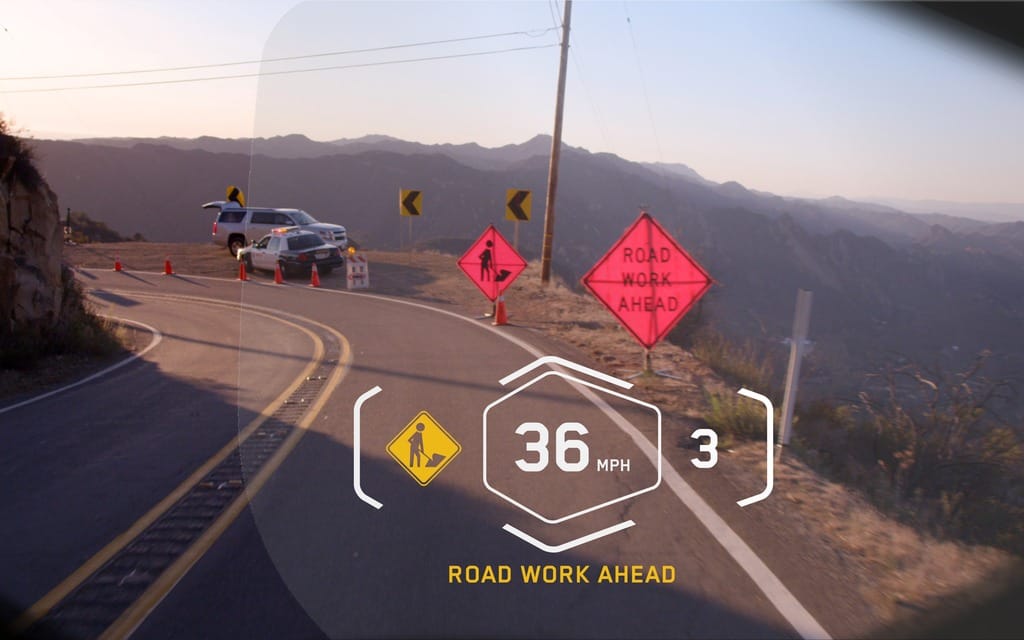 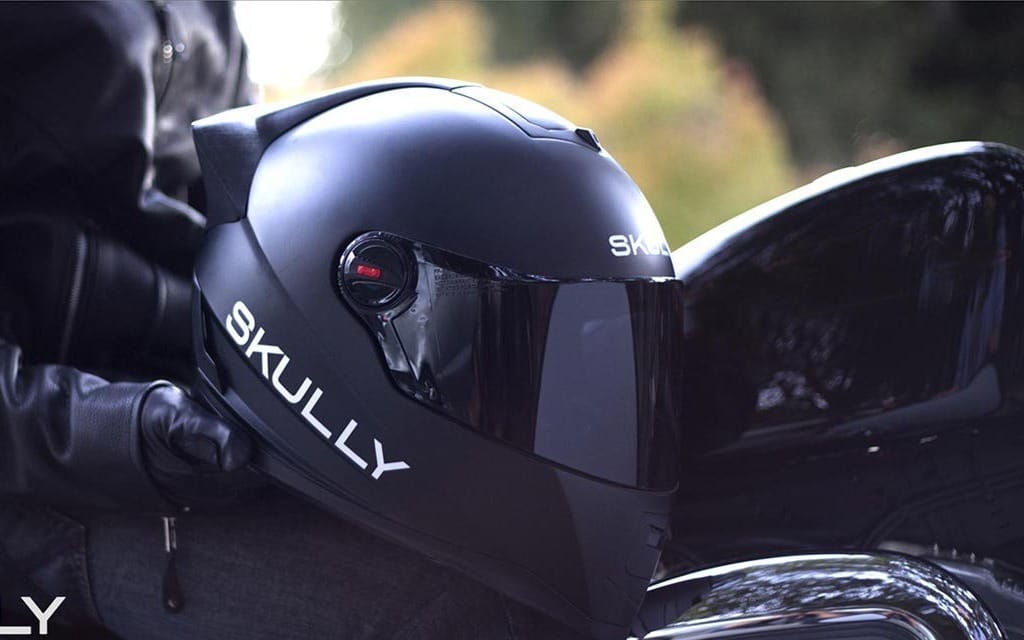 Technophobes, avert your eyes. For the rest, behold BMW’s prototype head-up display (HUD) helmet. The lid was launched at the Las Vegas Consumer Electronics Show in January and BMW says it will set “new standards of motorcycle safety.”

“The BMW head-up display projects necessary or desirable traffic or vehicle information directly into the rider’s field of view,” BMW says. (HUD systems are nothing new for the Bavarian firm—or in general, for that matter, though their integration into motorcycling is in its infancy. BMW has been offering optional HUD systems for its cars since 2003.) Info is projected onto a small, clear, retractable inner visor—reminiscent of a monocle—in front of the rider’s right eye. BMW says info could include “data relating to the technical status of the motorcycle,” like tire pressure, oil level, fuel level, speed, and current gear, or “content designed to increase rider comfort,” like the speed limit, road sign recognition, planned routes, and navigation advice. BMW also hints at the possibilities afforded by future vehicle-to-vehicle communication technology, which could provide a warning of an impending crash, or the integration of a rear-facing camera that could act as a “digital rear-view mirror,” which could also enable “the visualization of other riders in a motorcycle group.”

Sounds complicated, but BMW says the HUD would be “freely programmable” and easily operated using its intuitive thumbwheel multi-controller. BMW also says this technology could “be integrated into existing helmets without affecting either comfort or safety,” and that “the operating time of the system with two replaceable batteries is around five hours.” Though the system is still being developed, BMW has plans to reach “series-production level within the next few years.” Given the company’s resources, we don’t doubt it will.

But it won’t be alone. San Francisco startup Skully Helmets is also working on an integrated HUD, though development issues (which the company has dodged questions about) have seen delivery of pre-ordered AR-1 helmets (which retail for $1,499 U.S.) pushed from 2014 to 2015 to “estimated delivery” sometime this summer.

A partnership between established helmet maker Bell and camera manufacturer 360fly appears more promising. Bell is currently developing helmets (both motorcycle, bicycle, and for snow sports) with a high-resolution 360-degree camera that protrudes from the top of the shell like a giant blackhead. The camera has a built-in GPS unit, altimeter/barometer, and accelerometer, allowing telemetry data to be incorporated into video footage.

For now, that results in rad highlight reels, but future 360fly developments are what make the technology more interesting. The company says it’s working on a system that allows the camera to automatically track objects around the rider, with one application being the ability to warn of an impending collision—and that’s without the need for vehicle-to-vehicle communication.

While we’re all for advancements that make motorcycling safer, we’re wary of tech that’s intrusive. “It only takes a fraction of a second or a brief distraction to put the rider in a dangerous situation,” BMW says in its HUD helmet press release. But what if it’s the HUD that distracts? The only way to settle the matter is independent testing. Until then, keep your head up.