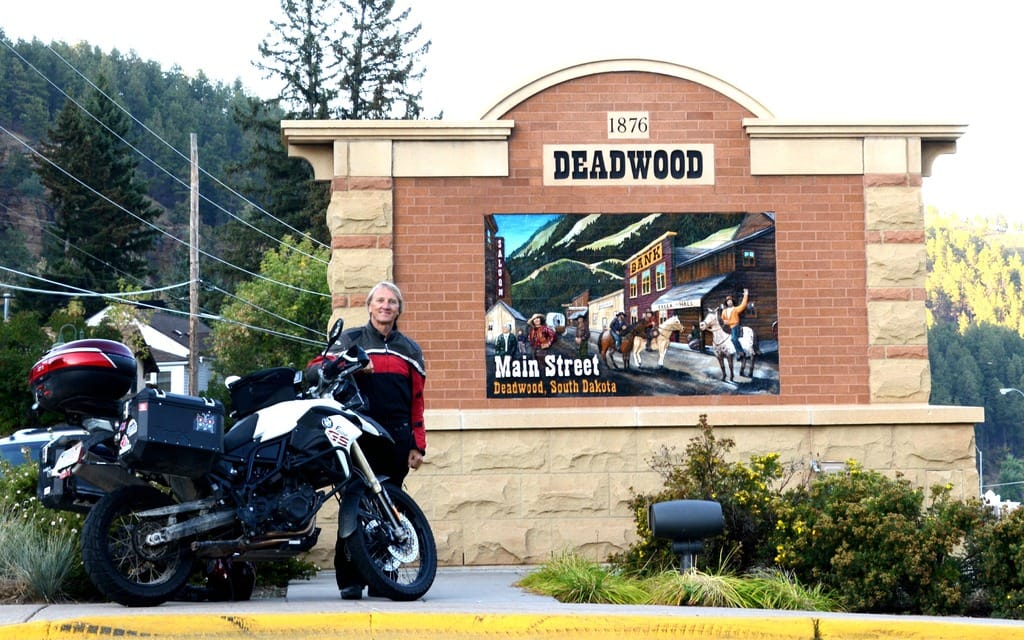 It’s a matter of attitude. My younger brother introduced me to motorcycling, letting me get my licence on his Kawasaki 90. From then on, I used a bike for almost everything. My first bike, a very used 1970 Yamaha R5, took me on a trip from Toronto to Vancouver Island and back to Sault St Marie before the engine let go.

My brother then convinced me to buy a new 1973 Honda 500 Four. I set mine up for touring, but as a university student I had little money. Vetter Windjammers were the fairing standard at the time, but I couldn’t afford one. Hannigan fairings were nice but too expensive. Hannigan’s Toronto shop back then offered a Windjammer lookalike shell with a mounting bracket cheap. But at highway speeds (there was no inside support) the windshield folded down on the handlebar. So I built an interior for the fairing. Saddlebags were too expensive to buy, so I built some from wood panelling, and learned to weld so I could make mounting frames. The Honda’s seat was an instrument of torture. I acquired a seat pan from a wreck, some solid-foam packing material, and built a monster seat that was ugly but comfortable.

The Honda took me everywhere: Alaska, many times to the Prairies, California, Florida, the east coast. I even used it to commute weekends between Waterloo and Toronto. All this travelling exposed another 500 Four weakness; the piston rings wear out frequently. So I learned maintenance, tearing apart the engine to replace seals and rings every 20,000 miles.

In 1979, my brother again convinced me I needed a bike. This time a pearl white Yamaha RD400 to go production road racing. I loved the thrill of racing even though I was a mid-pack rider. The adrenaline rush spoiled me for other activities (zip line, luge) that are supposed to do the same thing but don’t.

I married in 1981 and moved to Calgary. My new wife was comfortable travelling pillion on vacations. We would load up the old Honda with full bags and the back rack piled high under camping gear. It was a great way to travel despite sometimes waking to snow from unpredictable mountain weather.

Then our dog and children came along. My riding was reduced to an hour or two here and there during the summer. I would do a few thousand kilometres a year on little trips into the foothills around Calgary. Finally, the Honda, at 96,000 miles, needing a re-bore, but with a bent frame and tweaked forks it was scrapped. The Yamaha that had been raced came out of retirement until a crankshaft seal blew.

What to do? Most of the interesting foothills roads are in rough shape or gravel so I bought a Honda XL350. But my riding time was still limited, and I lived vicariously, travelling the world through travel articles in motorcycle magazines. This led to my purchase of a new Kawasaki KLR, as they’re cheap and easy to repair.

The KLR was okay for solo travel, but underpowered and uncomfortable two-up. The seat could be fixed, the suspension upgraded, but more power was an issue. And then I retired and bought a BMW F800GS.

I was still doing local rides and still dreaming of longer trips. Then in late 2014 the opportunity came for a solo two-week trip to find twisty roads with a destination of the Black Hills, South Dakota. I packed up and set off. The first day was tough—I was used to the ease of travelling by car—but the second day was better. The roads became twisty and designed for motorcycles. It finally sank in that this was a different activity than a car trip. The analogy I came up with is that when I’m overnight-hiking, I don’t whine that I can’t fit a refrigerator into my pack because that’s not a part of hiking. With the new attitude, I now had enough stuff for what I needed (and more junk than when I go hiking). Twisty roads were much more fun on the bike than in a car.

I just needed the right attitude.