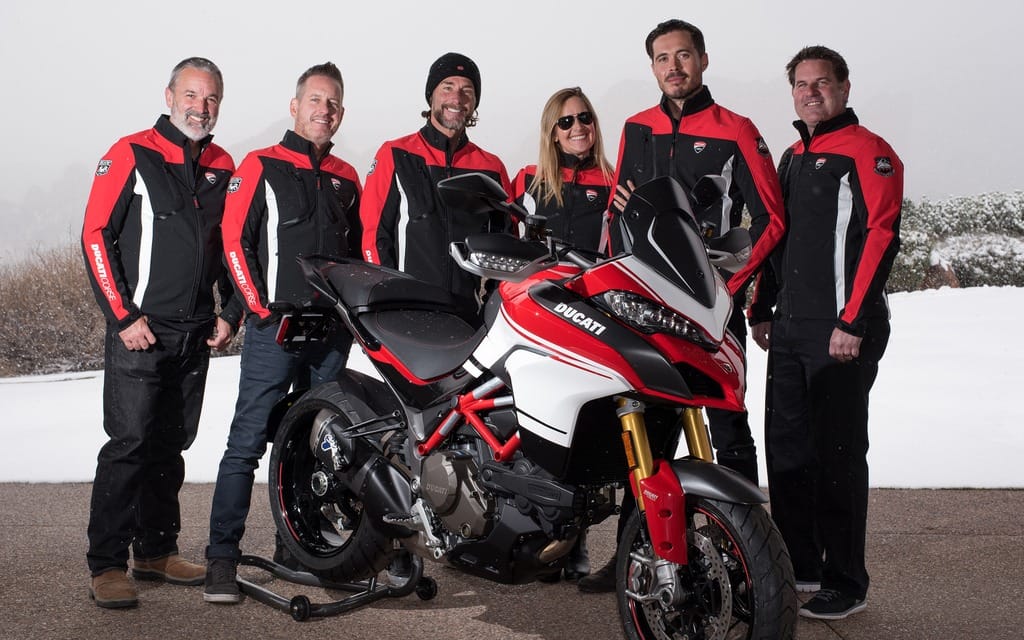 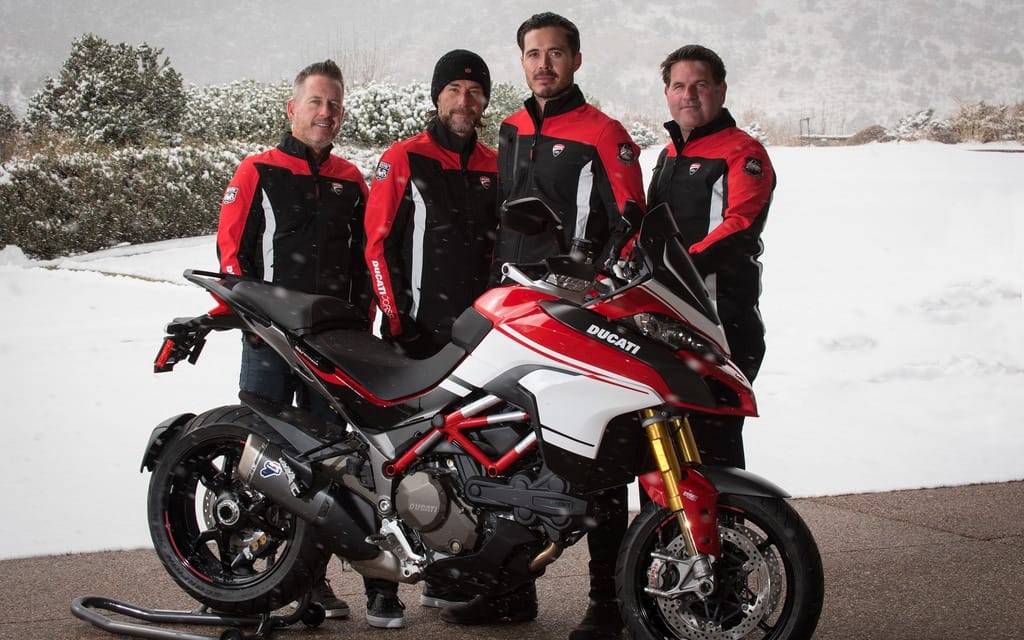 Ducati and The Pikes Peak International Hill Climb (PPIHC) announced their partnership securing the future of motorcycling at the historic Race to the Clouds during the kick-off 100th anniversary celebrations for PPIHC.
Famous for its combination of extreme speeds, treacherous terrain and 156 turns, competitors race up the 12.42 mile (19.99 km) long and 14,115 ft. (4,300 m) mountain peak against the clock with conditions that can change from sun at the start to snow at the finish. The Pikes Peak International Hill Climb (PPIHC) has proven to be one of the most challenging road racing competitions in all of the world, where experience on the mountain is highly valued.  Since making its debut in 2008, Ducati has conquered the mountain with six victories at PPIHC with the Hypermotard 1100 S, Streetfighter 848, and Multistrada 1200 S motorcycles.

With PPIHC being engrained into the culture of Ducati owners, fans, and motorcycles, it only makes sense that Ducati should continue investments into this prestigious event. With this in mind, Ducati has partnered with PPIHC on the Race Smart Program, with the goal to ensure that motorcycle entrants have the highest level of preparation and knowledge prior to race day and they reach the summit at a pace completely within their skill set. The Race Smart Program is provided to all registered motorcycle participants, whether rookie or veteran.

At the core of the Race Smart Program is the formation of the Pikes Peak Squadra Alpina (PPSA). The PPSA is compromised of four seasoned Rider Coaches with significant victories on the mountain. They will share their knowledge and expertise with the next generation of competitors, laying the foundation for the future of motorcycling at PPIHC. All Rider Coaches are former PPIHC champions, including the current course record holder, Carlin Dunne (2012 – Ducati Multistrada 1200 S /9:52.819). Other team members are Micky Dymond and brothers Greg Tracy and Gary Trachy.  The Race Smart Program and the Pikes Peak Squadra Alpina Team is managed by Spider Grips principals Paul and Becca Livingston.

“PPIHC is one of the last races in North America that retains the original spirit it began with in 1916,” said Jason Chinnock, CEO of Ducati North America.  “Ducati has experienced notable success from participation in this historical competition, and in turn benefitted from this association.  We are excited to support the launch of the Race Smart Program and Pikes Peak Squadra Alpina, and honored to have these talented riders volunteer to be a part of history in the making.”

In order to support all participants at the highest level, all Pikes Peak Squadra Alpina Rider Coaches will be provided with 2016 Ducati Multistrada Pikes Peak motorcycles for the duration of the program.  A snapshot of the PPSA confirms their credentials:

The first and one of only three motorcyclists to break the 10:00 barrier, and still holds the fastest time ever on the course – set in 2012 on the Ducati Multistrada 1200 S: 9:52.819 overall time.  In 2008, attended Pikes Peak as a Crew Member, in 2011, became Rookie of the Year 1200 Class Winner, and in 2012 was crowned King of the Mountain.  Dunne has a perfect record at Pikes Peak, having claimed the title of King of the Mountain in all three races he has competed in.

Seven-time Pikes Peak Champion, the first rider to win PPIHC on a Ducati Hypermotard 1100 S in 2008, followed by a Ducati Multistrada 1200S in 2010.  One of only three riders to break the 10:00 mark on a motorcycle, accomplished while riding with a broken back and fractured hip. The only person to break the 10:00 mark on both a motorcycle and in a car.

For more information regarding Squadra Alpina and the teams involvement with this years PPIHC click here.

Additional information about Ducati, including participating dealers and availability can be found at www.ducatiusa.com.