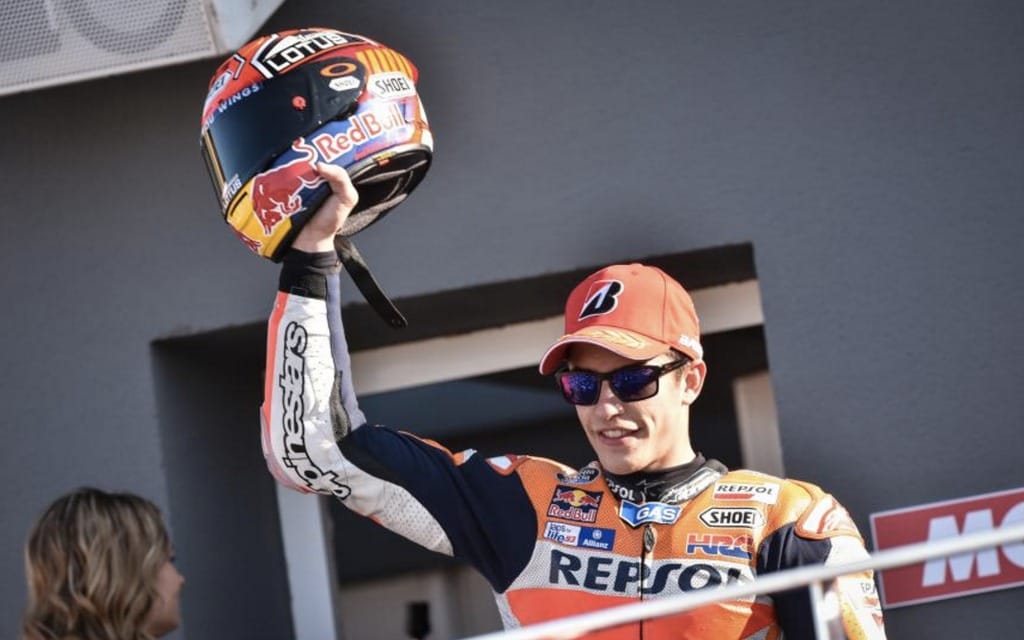 Once upon a time, Marc Marquez and Valentino Rossi were chums – so much so that Marc, along with brother Alex, signed a deal with Rossi’s VR46 merchandising company to sell Marquez apparel et cetera.

But since the infamous Rossi/Marquez clash at the close of last season, the relationship has soured. It then comes as no surprise that Marquez has terminated his contract with VR46 merchandising. The press release detailing the split is reproduced in its entirety below.

“AC Management, company in charge of managing the image rights of the riders Marc Marquez and Alex Marquez, informs that they have agreed with the company VR46 Racing Apparel, S.r.l. to terminate the license agreements previously in force under which the latter was in charge of the exploitation of both riders’ merchandising.

“Both parties appreciate services rendered while the agreement was in force and wish each other success in future endeavours.”