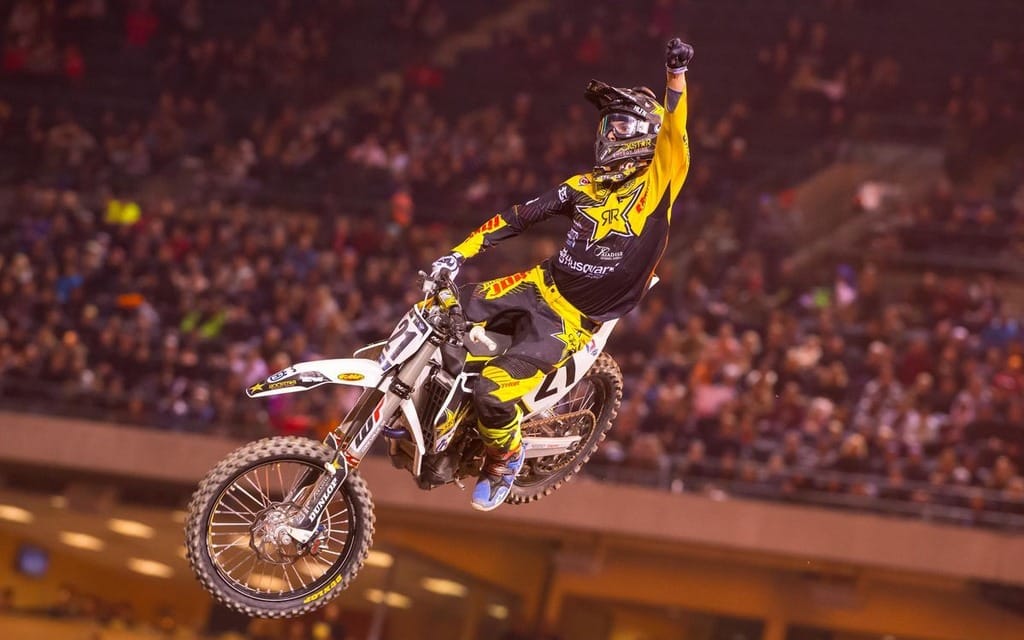 Jason Anderson secured his first 450SX win – also the first in the class for Husqvarna – in the 2016 AMA Supercross season’s opening round, recently held in Anaheim, California.

After a red flag and restart, Anderson took the lead on lap 13 and stayed strong until the finish, beating out Ryan Dungey (KTM) and Cole Seely (Honda). “Tonight at Anaheim was awesome,” Anderson said. “My second start was mediocre, but I just started making my way forward and eventually took the win. I’m so pumped. The guys I was passing were waxing me last year, so to even be battling with them was a cool deal.”

The next round of Supercross goes next Saturday in San Diego, California.