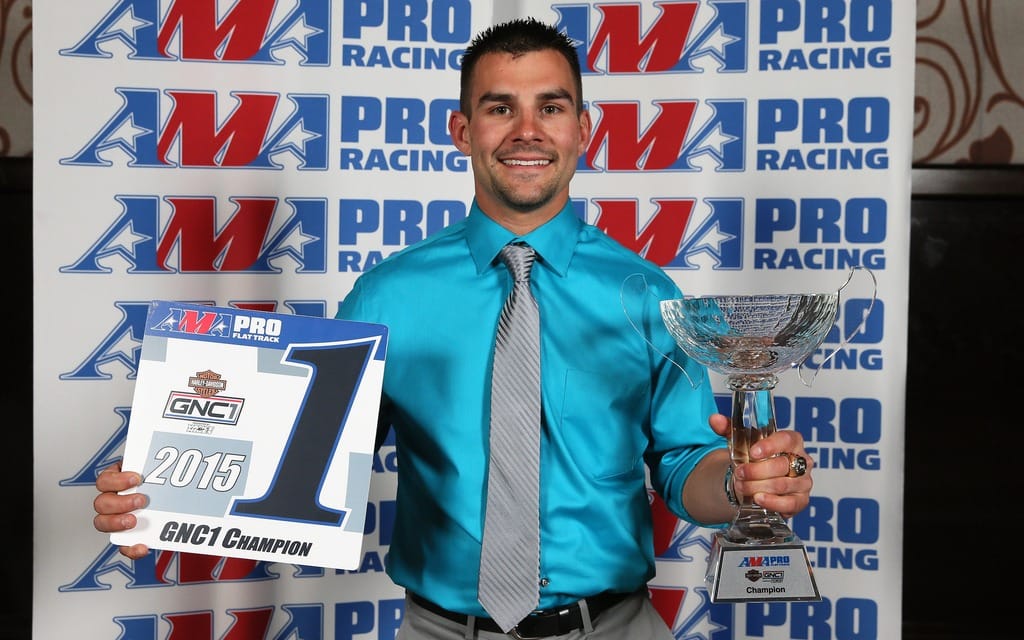 Jared Mees secured the 2015 GNC1 number-one plate at last Friday’s season finale in Las Vegas – and he didn’t need to win to do it.

Mees finished third in the main event having already clinched the title. Bryan Smith, his closest rival (seven points behind heading into the final round), failed to secure a spot in the main through his heat race and then crashed in the semis, causing him to miss the main altogether.

Mees, on the other hand, has been a picture of consistency this season. The Michigan native won only one race, but made the podium nine times.

“It’s awesome to get this championship,” Mees said. “Last year when I won it, I remember saying that one meant the most to me. But now here I am and it just gets sweeter and sweeter every year.”

Mees followed up with a win at the following night’s inaugural Superprestigio of the Americas, a star-studded invitational pitting AMA Pro Flat Track aces against racers from varied disciplines.