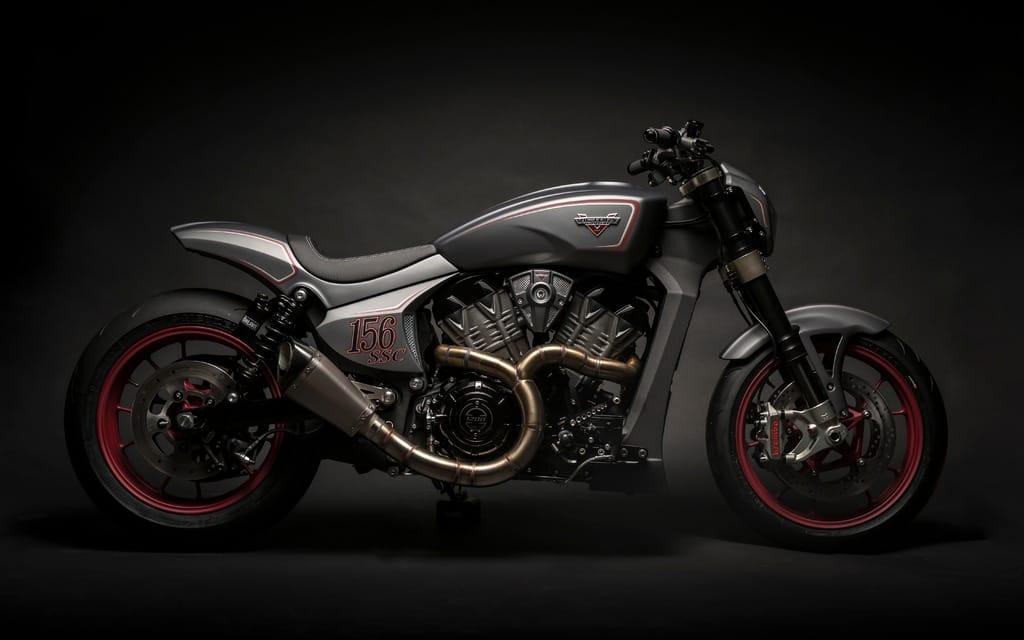 Victory Motorcycles recently took the wraps off the production engine based on the Project 156 race prototype that competed at Pikes Peak last summer.

The engine was housed in an Urs Erbacher one-off that’s been dubbed the Victory Ignition Concept. “I’m proud not only of this build, but what it represents for the future of the Victory Motorcycles brand,” the Swiss builder says.

Rod Krois, general manager of Victory, also commented: “This engine platform will deliver on the promise of modern American muscle that is the DNA of every current and future product we sell. Victory will continue to aggressively plot a new course for itself and where an American motorcycle brand can go.”

The engine, Victory says, has the same base architecture as that in the Project 156 racer (crankcase, v-angle, rotating bottom end, transmission and clutch). It’s a liquid-cooled, four-valve, DOHC mill around 1,200 cc with which Victory aspires to make “class-leading power.” Want more info? Too bad. “Additional details of the engine will be revealed in the months to come,” Victory says.

Now we know what the production motor will look like, but not the motorcycle. If it’s anything like the Ignition Concept, which was warmly received at EICMA, it seems Victory is heading in the right direction.