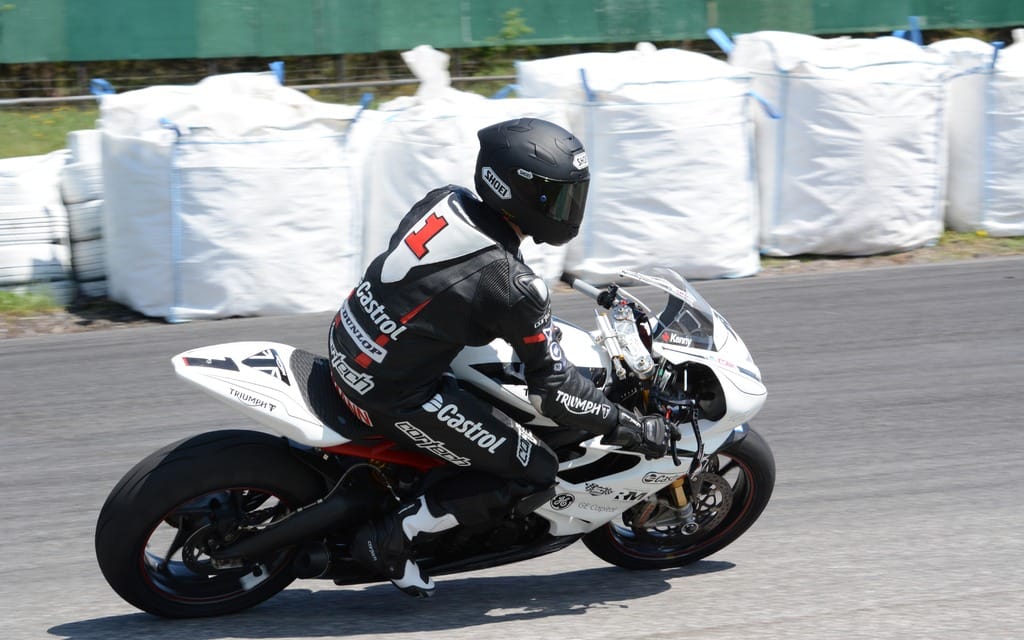 No, those aren’t colossal trick-or-treating sacks. They’re bottle bags at Ontario’s Shannonville Motorsport Park, and if the efforts of the Canadian Rider Safety Fund (CRSF) are successful, their use will be widespread in coming seasons.

The CRSF is, according to its Facebook page, “a non profit organization dedicated to providing soft barriers for increased racetrack safety.” When thinking of soft barriers at a racetrack you’d typically picture hay bales, foam blocks, or, the most effective, inflatable air fences. However, the latter are prohibitively expensive to purchase and maintain (a source estimated the cost of replacing a worn-out section of air fence at $6,000).

Bottle bags offer a more affordable and easily maintainable alternative. They’re large rectangular fabric containers filled with empty plastic bottles with the lids attached. “These recyclable products serve as deformable structures to absorb impact and cover off solid objects such as walls and guardrails,” a press release states. (But please, don’t remove the lids and swill the remains of the windshield washer antifreeze.)

After successful pilot programs at Shannonville and Nova Scotia’s Atlantic Motorsport Park, the CRSF is looking to expand the bottle bag initiative to other motorcycle road racing venues across the country. “The goal with the program is to provide relatively affordable, renewable protection device installations at all Canadian tracks,” the press release states.

It’s an ingenious program, repurposing discarded plastics and improving safety simultaneously. But as a non-profit, the CRSF relies on sponsors and donations to operate and expand. This year’s focus is on raising funds to purchase and transport the bags, but donations can also be made in the form of empty plastic bottles with lids (check the CRSF Facebook page for more information on how to donate).

“When the program is fully realized, protection devices would remain at each venue, and not require transport from location-to-location, as it is today with air fences. In this way, they can serve race events as well as testing and track days.” That’s peace of mind we can all appreciate: one person’s trash can keep others out of traction.