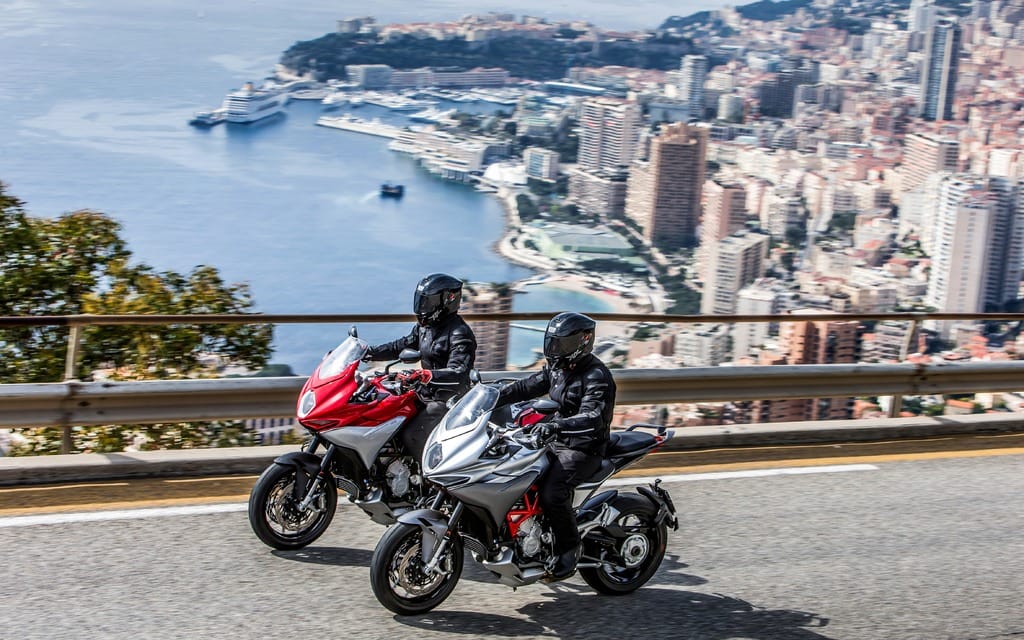 You don’t need to sell the farm to have a motorcycle vacation in Europe if you’re willing to do the legwork
Every year, without fail, I arrive home from the Toronto motorcycle show with a bag full of brochures for European tours. I’ll spend that evening ogling photos of mountain passes in the Alps and Dolomites, trying to rationalize spending five figures on a vacation.

The truth is, unless a long-lost relative leaves me a boatload of cash, I’ll need to find another way to ride in Europe. Fortunately, there are some affordable do-it-yourself options for us regular Joes — especially if you’ve got more time than money.

If you’re planning on spending three weeks or longer in Europe, shipping your own bike across the pond is cheaper than renting once you get there. The longer you stay, the less you’ll spend per day of riding. It also makes good sense if you intend to return for future trips. Motorcycle storage is readily available across Europe, and costs as little as one euro per day.

For anyone east of the Rockies, airfreight is now the simplest and most cost-effective way to ship a bike. After a long hiatus, Air Canada has jumped back into the business with a set of promotional rates that will get your bike to Europe from Toronto, Montreal, or Calgary for as little as $700 one-way. You’ll pay a variety of additional fees and taxes, including a dangerous goods charge, but it’s still 30 to 50 percent cheaper than just a few years ago. And it’s pretty painless: bring the bike to Air Canada Cargo the day before the flight, drain the fuel tank and disconnect the battery, then hand in your paperwork. No crating required.

Currently, Air Canada ships from Montreal or Toronto to Brussels, Frankfurt, London, Munich, Paris, Geneva, Milan, Nice, Rome, and Zurich. From Calgary you can fly to Frankfurt or London. Vancouver connects to London only.

Things get more complicated when you land. Air Canada has done a poor job of promoting the program overseas, so the sight of a motorcycle in the cargo bay may leave airline employees and customs officials scratching their heads.

Tour operator Stefan Knopf has been working with Air Canada Cargo officials at the Frankfurt airport. He offers this advice: “Ship to a busy airport where they’ll have experience with motorcycle tourists,” he says. “In Paris or Frankfurt, you can get your motorcycle out of the airport and on the road the same day. At a smaller airport it could take two or three days.”

Knopf also cautions that many EU customs officials are unaware of regulations that allow the temporary importation of motorcycles for “touristic reasons,” so they may charge you a deposit of 30 percent of the value of the bike. “It’s supposed to be refunded when you exit the country, but it’s actually very difficult to get that money back,” he says.

Knopf has worked with authorities in Frankfurt to develop a special customs document that streamlines the process, and eliminates the need for a deposit. But again, the process only works when officials know what they’re doing. “When my customers ship their bikes with Air Canada, we direct them to the main German customs office at Lufthansa Cargo. It’s about a mile away from Air Canada Cargo, but we can get your papers processed and your bike out the door within a couple of hours. No deposit required. The people at the smaller customs office at Air Canada still don’t get it.”

If you’d rather ship sea than air, online motorcycle travel forums such as ADVrider and Horizons Unlimited can connect you with other riders looking to share a shipping container to a major European port. The initial price may be less than airfreight, but beware the hidden costs: you’ll pay as much as 300 euros to have the bike off-loaded and uncrated, and you’ll likely pay the 30 percent EU import deposit. There’s also the issue of time. Depending on the port of departure, and the weather, a freighter will take 2–8 weeks to reach Europe.

You’ll also be shipping from a U.S. port. “Shipping by sea from Canada is very complicated,” says Knopf. “The ports just aren’t prepared to deal with motorcycle travelers.” Knopf ships containers to Germany from Orlando and either Los Angeles or Seattle at the beginning of each riding season. Many motorcycle travellers have also reported positive experiences with Schumacher Cargo Logistics, which sails out of Newark, Savannah, Houston and Los Angeles.

Because Air Canada Cargo doesn’t fly from Vancouver to continental Europe, shipping by sea could be an attractive option for B.C. riders. Knopf charges $1,325 (U.S.) to ship a motorcycle by freighter from Seattle to Germany. The price includes clearance through customs, transfer to his B&B in Heidelberg, and storage of your motorcycle until you arrive.

Buying a bike overseas is another option. It requires a bit of legwork, but it’s possible. And it offers one significant advantage: you can sell the bike at the end of your trip and recover your costs.

Martin Hurley of Ireland’s Motofeirme has helped more than 200 North American riders buy and register local motorcycles for European travel. Located in picturesque Kinsale, in County Cork, Martin’s shop is just a few minutes down the road from the ferry to France.

The process requires a bit of trust from both parties. Martin will work with you to select a used motorcycle on DoneDeal.ie, Ireland’s answer to Kijiji. When you send the money via PayPal he’ll buy the bike, transfer the title to your name, and trailer the bike to his property. The entire transaction costs a very reasonable 150 euros, plus one euro per mile for transport. After your trip, you can store your motorcycle with Martin or he’ll help you sell it to another traveller.

Although Motofeirme gets rave reviews from customers, there’s one complication: you need an Irish address to insure the bike in Ireland. Motofeirme has been providing customers with a valid address, but given that a traveller from Canada can’t really be a resident of Ireland, it’s unclear how an insurance company would react in the case of an accident. As an alternative, Martin recommends buying a “green card” liability policy through Germany’s TourInsure. This is a travel policy that covers you for everywhere in Europe except Ireland, where your bike is registered. So if you go this route, you’ll need to get your bike to the ferry and make a beeline for France.

Arrive alive
Tips if you take the plunge

Stefan Knopf has been leading tours and renting and shipping motorcycles for more than 23 years. His Heidelberg-based B&B has become a gathering place for moto-travellers from around the world. Here are his top tips for a smooth landing in Europe.

If you’re going to be riding a Canadian-plated bike in Europe, you must purchase EU “green card” liability insurance before you get on the plane. This indemnifies you against any damage or injury you may cause an EU citizen. Without it, you will not get your motorcycle out of customs. You can purchase green card insurance cheaply from Greek or Bulgarian providers, but if you buy from a German insurer you’ll get a more robust policy, including 2.5 million euros in liability protection, and coverage in destinations outside of the Euro zone, like Morocco and Russia.

Plan on buying roadside assistance. The German Auto Club ADAC (Allgemeiner Deutscher Automobil-Club) offers an inexpensive, comprehensive service that puts CAA to shame. If your motorcycle breaks down and cannot be repaired within three days — or, if you’re sick or injured and cannot ride — ADAC will ensure you and your bike get back to your pre-determined home base in Europe. Their coverage extends throughout Europe, as well as peripheral countries such as Russia, Tunisia, Morocco and even Iceland. Fancy taking that ferry from Barcelona to Tangiers? ADAC’s got you covered.

Be aware of finicky local rules. When riding in the EU, you must carry a reflective vest for each person on the bike (for roadside emergencies). You must also carry a standard European first aid kit. In France, you are technically required to carry a portable breathalyzer, although they no longer fine you for non-compliance. All of these items are readily available at gas stations.