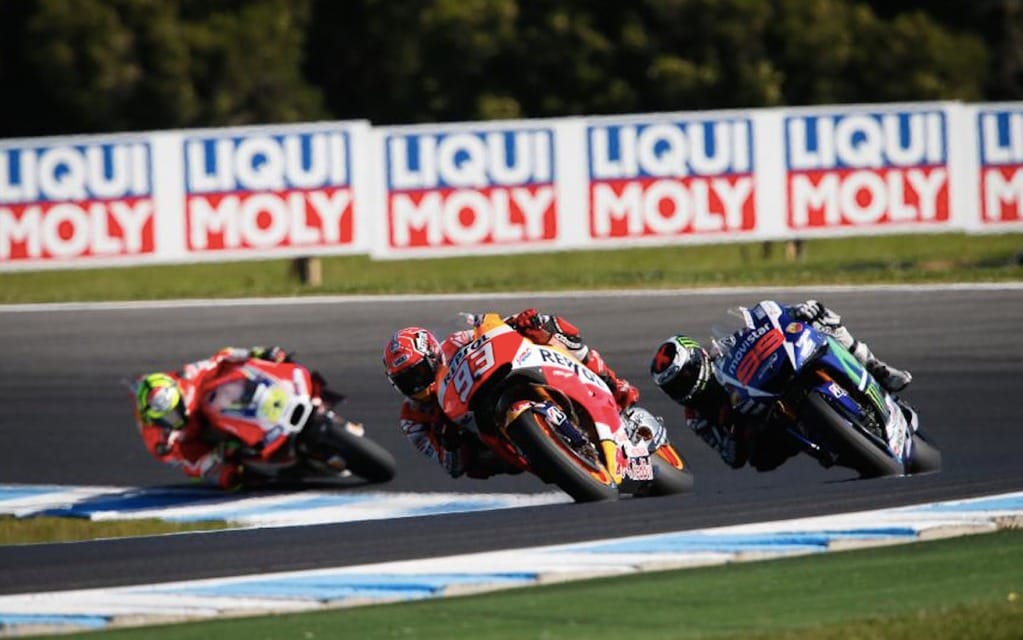 Repsol Honda’s Marc Marquez took victory on Sunday, his first win at Australia’s Phillip Island circuit, in what was arguably the race of the 2015 MotoGP season.

There was high drama from start to finish – including a seagull head-butted by Andrea Iannone (Ducati) – as Marquez, Jorge Lorenzo (Movistar Yamaha), and Iannone all led the race at some stage. Meanwhile, Valentino Rossi (Movistar Yamaha) repeatedly worked his way into second, only to be dropped back to fourth by the grunt of the Honda and Ducati. Lorenzo led going into the final lap, but Marquez put on a brave pass and snatched the win from his fellow Spaniard by 0.249 seconds. Iannone held off Rossi for third, 0.930 seconds back. For full results from Phillip Island, click here.

Rossi continues to lead the overall standings with 296 points, though Lorenzo is nipping at his heels with 285. Marquez is third overall with 222.

The penultimate round of MotoGP goes October 25 at Sepang, Malaysia.