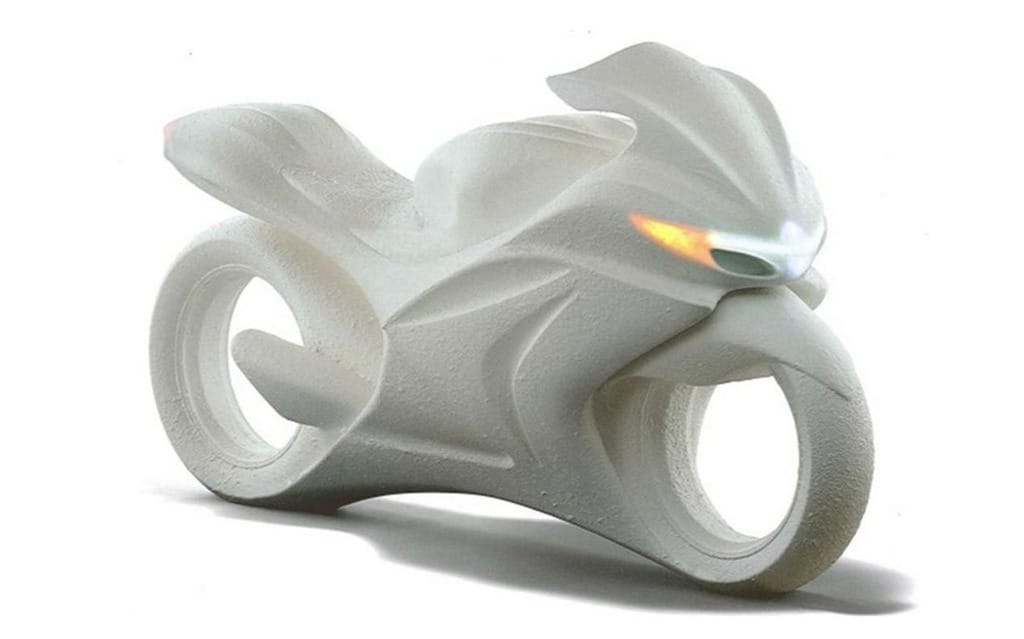 Suzuki recently teased what it’s describing as the “Concept GSX,” which is less a concept motorcycle and more a soapstone sculpture.

The Concept GSX, says Suzuki, “symbolizes the high-performance bikes that bear the GSX name. It gives form to Suzuki’s inline-four sportbike-making spirit and evokes a cocoon from which the company’s future sportbike models will be born.”

We’re not quite sure what that means, nor what to make of this teaser campaign. More information should emerge at the 2015 Tokyo Motor Show later this month, where Suzuki will officially unveil Concept GSX.