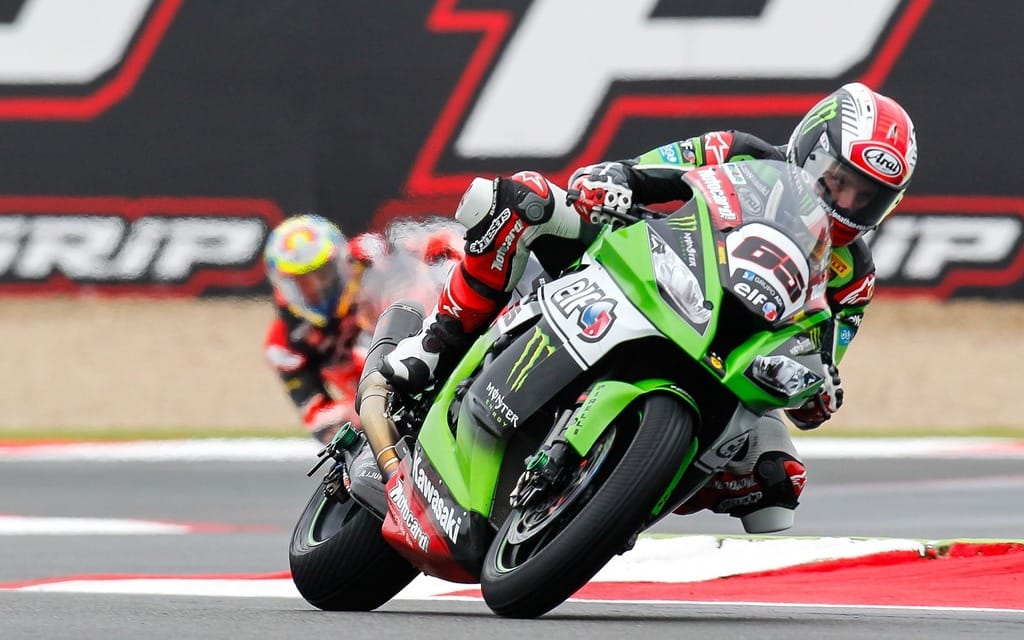 Tom Sykes (Kawasaki Racing) held the lead in the closing stages of a wet Race One, but made a mistake at turn eight. Rea capitalized and moved into the lead, going on to win by a comfortable 4.711-second margin. A strong ride from Sylvain Guintoli (Pata Honda) secured him third spot on the podium, the Frenchman finishing 14.683 seconds back.

Conditions were much improved for Race Two, which saw a thrilling three-way fight for the lead right from the start. Rea came out on top, 2.848 seconds ahead of Ducati’s Chaz Davies. Sykes finished third, 6.551 seconds behind. For full results from Magny-Cours, click here.

Rea’s double is his fifth of the season, and his 22 podiums this year put him second on the all-time list for podiums in a season.

While Rea has already secured the championship, Davies and Sykes are still duking it out for second overall. Davies currently holds the advantage with 383 points to Sykes’ 367.

The final round of WSBK goes October 18 at Qatar’s Losail circuit.