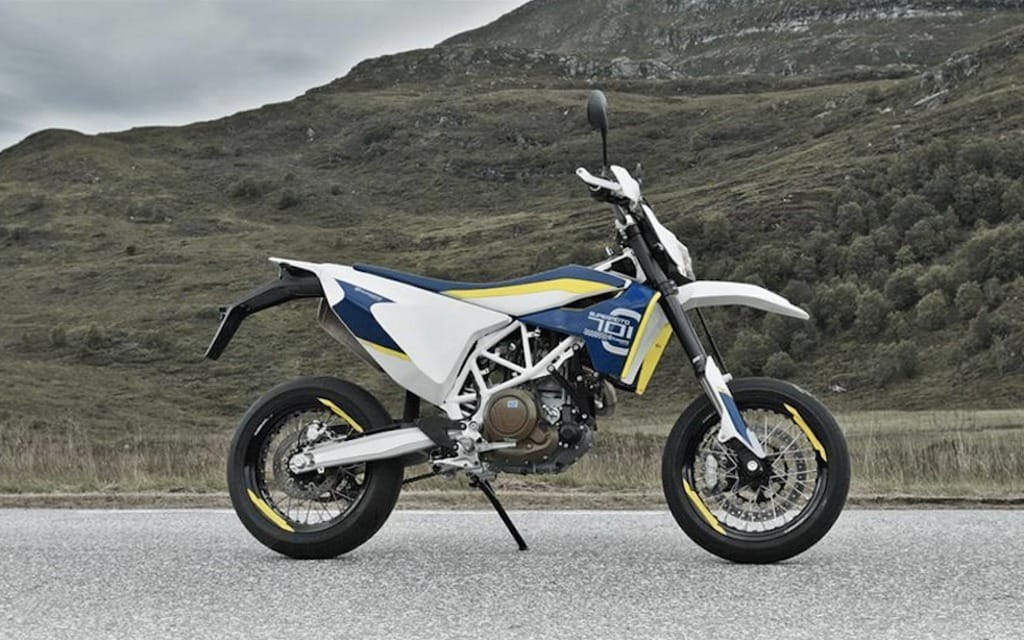 Husqvarna recently confirmed that the 701 Supermoto, “the first street machine of Husqvarna Motorcycles’ new era,” will be available in North America from February 2016.

You can get full details about the 690 cc tire shredder from Husky’s dedicated 701 Supermoto website, including specs, photos and videos. At a claimed 145 kg and “close to 70 hp,” it should be a rip-snorting machine.

Canadian MSRP has yet to be announced, though with a press launch scheduled for the fall we won’t have long to wait.