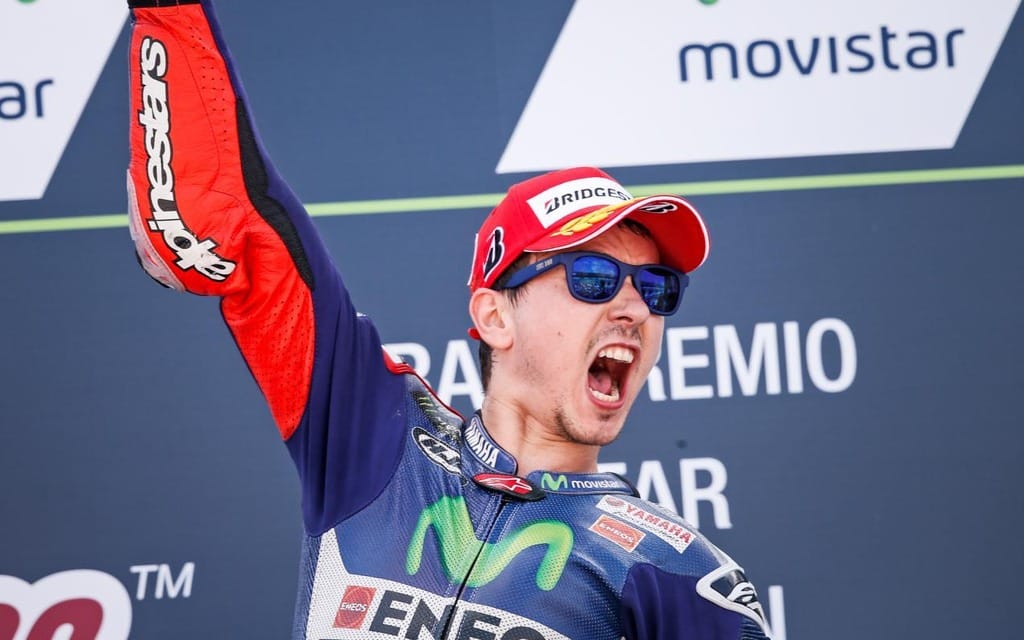 Movistar Yamaha’s Jorge Lorenzo had a flawless run at MotorLand Aragon, leading from start to finish and winning by a comfortable 2.683-second margin.

Marc Marquez looked to be the only rider capable of challenging Lorenzo but crashed out before the second lap was completed. Lorenzo’s teammate and current MotoGP points leader Valentino Rossi found himself in third and stalked Dani Pedrosa (Repsol Honda) for much of the race, waiting until the last handful of laps to make his move. A thrilling battle for second ensued, the Rossi making numerous passing attempts, Pedrosa fighting back and re-passing each time. The diminutive Dani held on for a deserving second with undoubtedly his best and most aggressive riding of the season. Rossi settled for third, 2.773 seconds off the lead pace. For full results from Aragon, click here.

The next round of MotoGP goes October 11 at Japan’s Twin Ring Motegi circuit.