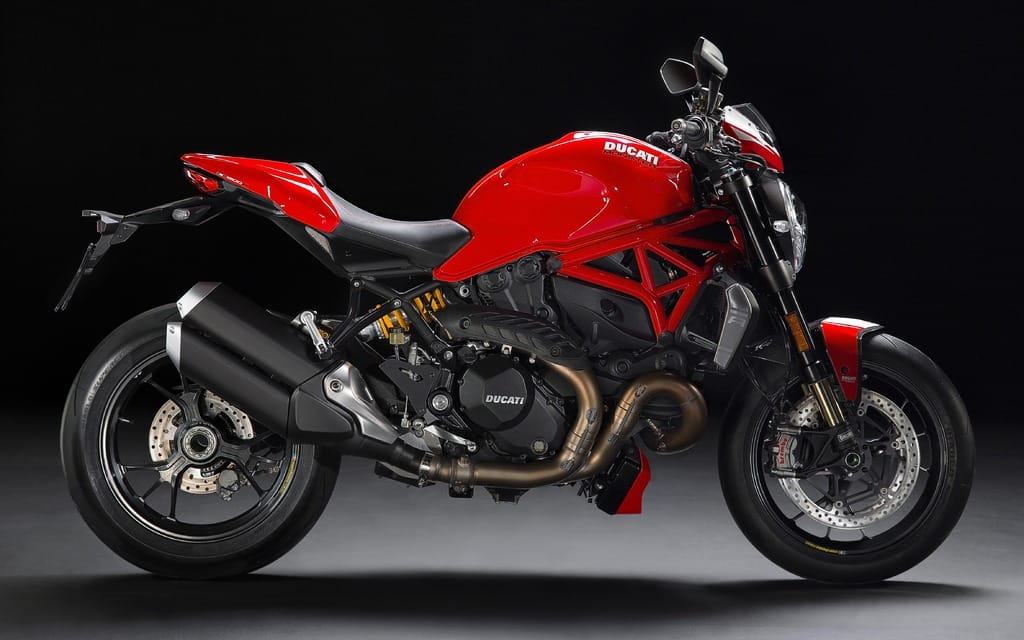 Ducati recently took the wraps off its newest Monster, the 1200 R.

The R was unveiled during the Volkswagen Group Night in Frankfurt, Germany, and features a Testastretta V-twin in R trim said to produce 160 horsepower. It’s the “most powerful Ducati naked of all time,” according to a press release. Its revised chassis ensures “maximum effect and enjoyment on track,” the release also states, and “the brand new design of the tail and front section confirm the sporting credentials of this new version of the Monster.” (We’ll confirm those credentials ourselves at the bike’s upcoming launch in Spain, thank you very much.)

The Monster 1200 R will reach market in early 2016, though exactly when it will reach our shores has yet to be confirmed.