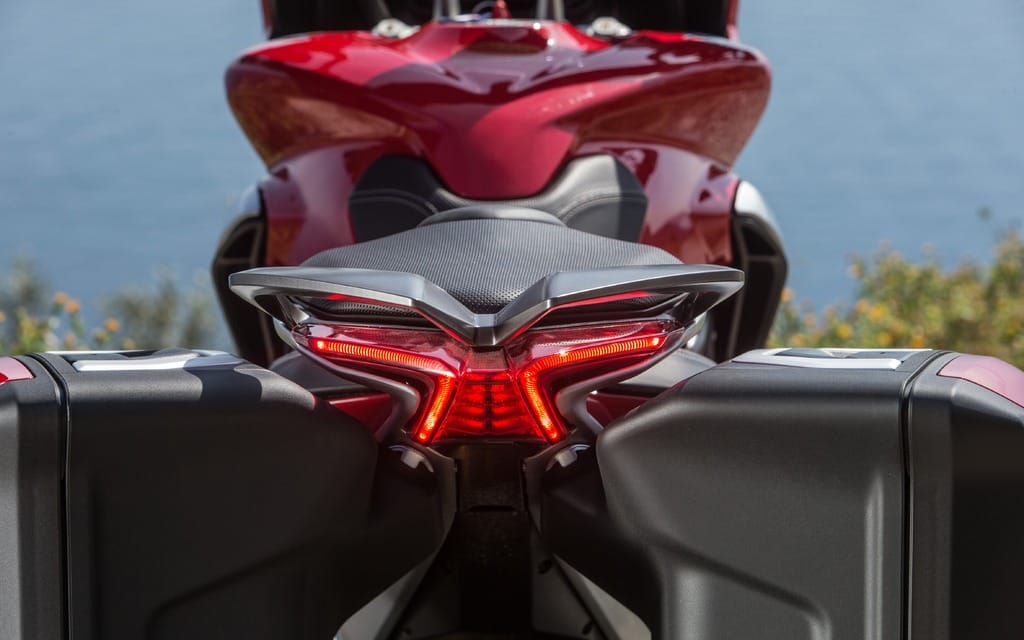 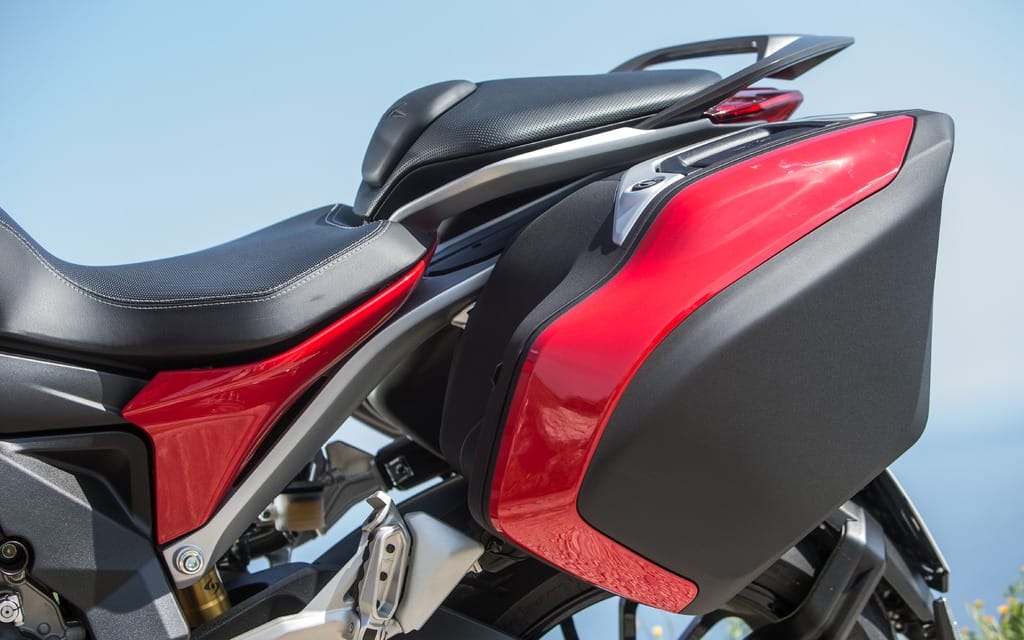 During the Turismo Veloce press presentation MV boss Giovanni Castiglioni says something that surprises me: “The design of the bike started from the bags.” Surely you can’t be serious, Giovanni. MV Agusta, purveyor of pure performance, builds a bike around something as banal as saddlebags?

Adrian Morton, MV’s chief designer, confirms Castiglioni’s claim. “The luggage was the starting point,” Morton says. “It was the key to the project’s success. We had the luxury of designing bags in unison with the motorcycle. Their narrowness is impressive. They’re a strong feature of the bike, both visually and technically.” The shape of the panniers, he adds, allows more legroom for the passenger.

“The structure that holds the luggage at the rear, the subframe, is key,” Morton says. “Technically, it allows us to pull the bags in to a minimum width [narrower than the handlebar, in fact]. When you see the bike without bags, the dynamic is very sporty.

“Although this bike is different from the rest of our product range, it was necessary that it be instantly recognizable as an MV. One key factor is the rhomboid headlight unit and the horseshoe graphic (LED running lights) that outlines this shape.

“Another strong feature is a fuel tank that’s emotional in terms of surfaces. We’re not trying to do some sort of crude, off-road fuel tank; this is sculpturally designed and fits in with the other products in our range.”

According to Morton, the main characteristic that unites MV’s offerings is their compactness (some might say that most are powered by strikingly similar three-cylinder engines). “MV has made some of the narrowest bikes,” Morton says. “We keep our proportions very taut to the mechanical parts. This engine is an exceptionally compact unit compared to a lot of offerings in the market. We went the other way than the competition.” Take, for example, BMW’s burly touring bikes. “For a BMW,” says Morton, “if you’ve got a strong volume of bodywork, that’s actually a strong feature for that product. But for MV that doesn’t really apply, doesn’t fit with what the engine is about. We didn’t want the size of this bike to intimidate the rider.”

While you may dismiss the Turismo Veloce as just another MV triple, don’t do so in front of Morton. “It’s one of the most difficult projects MV has tackled,” he says. “From a design point of view, it’s a risk not to fall into the herd, not to copy everybody else. Hopefully that will be the major point that distinguishes our product from others in the market. It comes across as an MV, not as a touring bike. We wanted to take some of our sportbike philosophy and reinterpret it into a touring bike.” The market will dictate whether this reinterpretation is a success — but to build a successful touring bike, the bags are a good place to start.