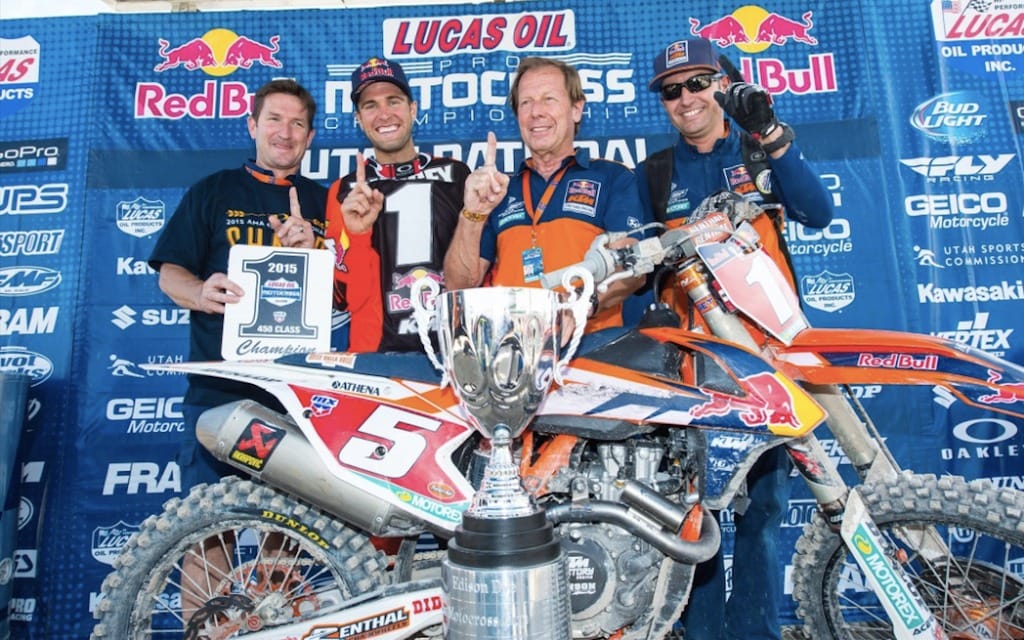 Ryan Dungey (Red Bull KTM Factory Racing) clinched the 2015 US Pro 450 Motocross title in the penultimate round of the series, which took place in Utah on August 16.

Having already secured KTM’s first Supercross title earlier this year, Dungey has had an exemplary outdoor season (six wins and only missing the podium once) en route to the motocross title. Justin Barcia (Yamaha) is holding on to a five-point lead for second overall ahead of Ken Roczen (Suzuki) heading into the season finale in Indiana this weekend.

“The team and I have put in a lot of work over the past months to make this happen,” Dungey said, “and it’s just such a rewarding feeling for us all knowing we did it as a team. I couldn’t ask for a more perfectly tuned race machine. I’m not planning on changing anything going into the final round as we love the feeling of winning and plan on racing the final round the same way we have raced the entire season.”