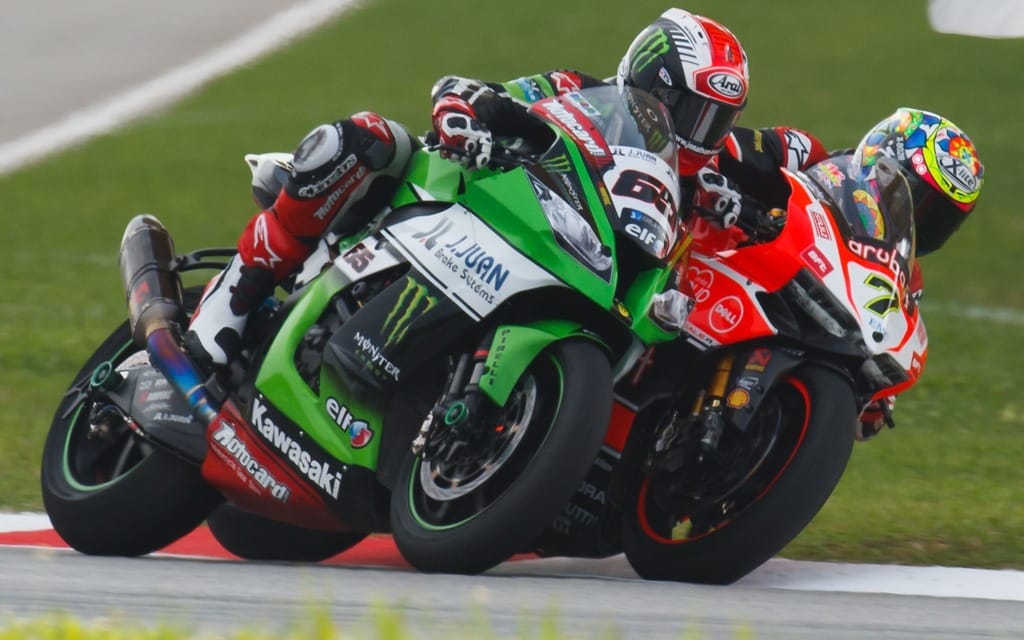 Rea’s teammate Tom Sykes looked good early in Race One but had issues with tire wear, eventually dropping back to finish fifth. Rea, however, managed his tires perfectly and was able to close on and pass race leader Davies on the final lap, narrowly holding off Davies at the line to win by 0.121 seconds. Max Biaggi (Aprilia), who came out of retirement for two rounds this season, finished third, 10.695 seconds back.

Davies rebouned from his earlier pipping with a stellar ride in Race Two, though Rea again closed the gap in the final few laps. This time it was Davies who, with the help of some contact on the last corner, held on for the win by a scant 0.091-second margin. Jordi Torres (Aprilia) has a solid ride to finish third, 5.008 seconds adrift.

Rea stretches his lead in the overall standings to a nearly insurmountable 144 points, with 452 points compared to the 308 of Davies. Sykes slips to third overall with 295.

The next round of WSBK goes September 20 in Jerez, Spain.