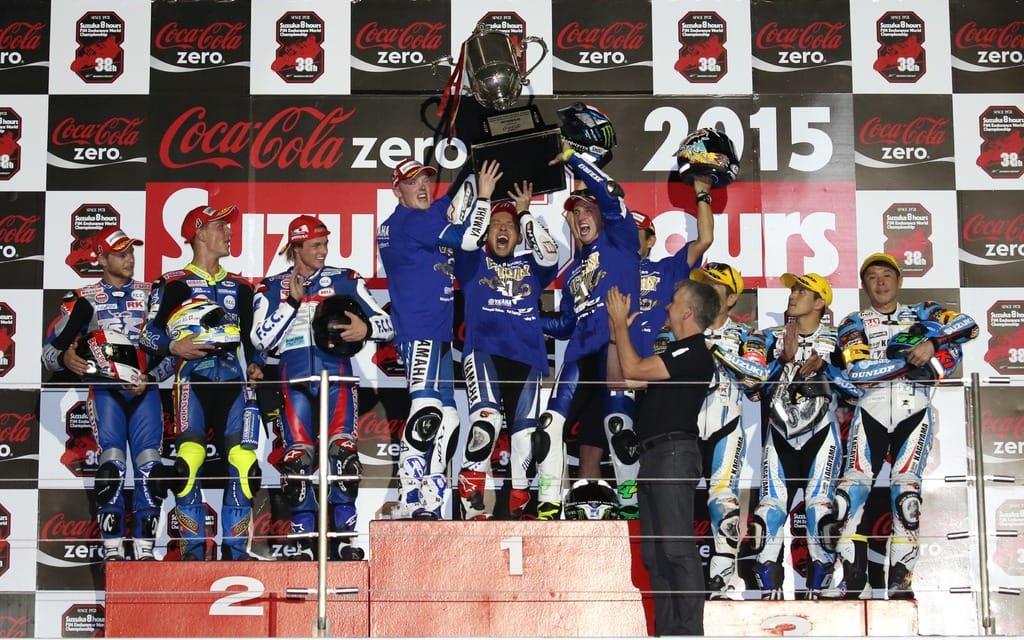 “As a team we started the race today with a set number of laps per rider,” Nakasuga said, “and it was a lot of pressure for me to start the race but my first goal was that I had to finish this race. I’ve had times when I ended the race prematurely.”

“I’m so happy,” Espargaro said. “It was an unbelievable race. I have to say sorry to my teammates because I made a mistake during the race. My teammates were impressive, they were so fast.”

“It’s very special,” Smith said. “The 60th anniversary for Yamaha, they are leading the MotoGP championship, but second to that was a focus on the Suzuka8H and I’m glad that we were able to give them that victory.”