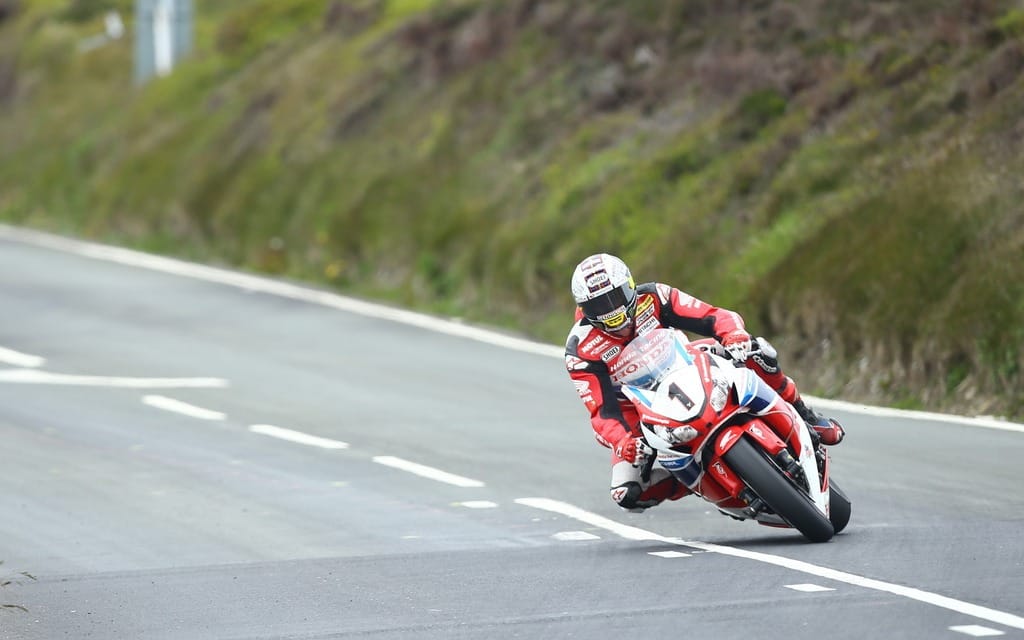 Last week John McGuinness capped the 2015 Isle of Man TT week with a win in the Senior TT. The race was originally set to be a six-lap affair, but was restarted after a red flag incident and shortened to four.

McGuinness piloted his Honda CBR1000RR Fireblade SP to a new outright Senior TT lap record with a 132.701 mph lap. James Hillier finished second, 14.214 seconds back, with Ian Hutchinson completing a sterling TT week in third. The victory puts McGuinness at 23 total TT wins, seven of those coming in the Senior.

“In the restart I didn’t want James Hillier to catch me,” McGuinness said, “so off the start I gave it my all, got my head down and pushed as hard as I could. My team got me through the pits perfectly and going into the third lap the reaction from the crowd was great and I did think I’d taken the outright lap record.

“I’d like to say a huge thanks to the marshals and the medics out there around the course, who do a fantastic job, and of course to my team and Honda for believing that it was still possible.”