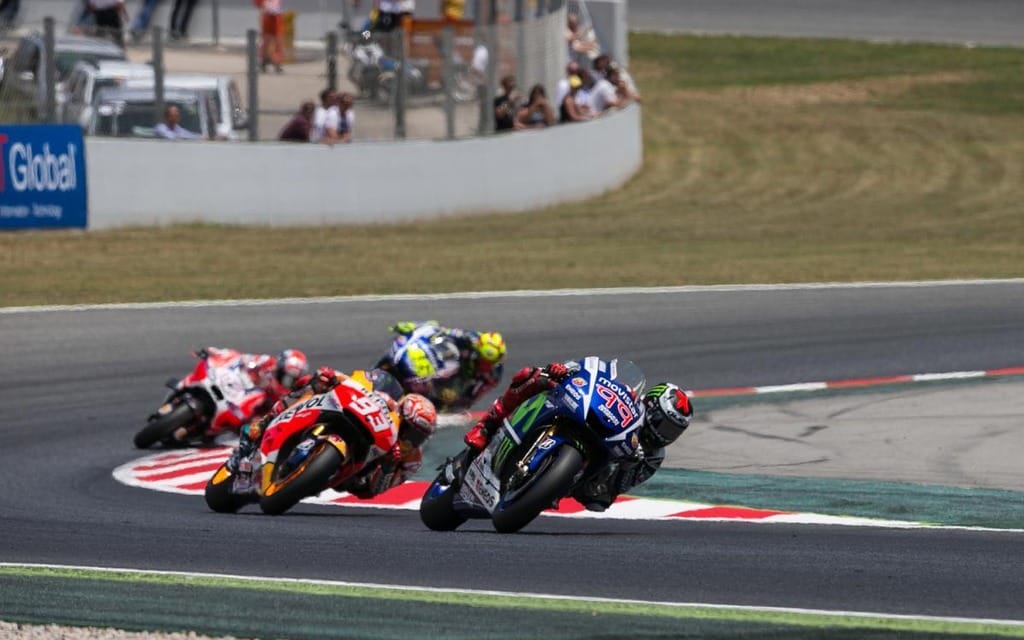 Aleix Espargaro qualified on pole, but his underpowered Suzuki was swamped off the line and he’d later crash out. Lorenzo, however, had no such problems, leading from start to finish in what was a master class of racing. Marc Marquez (Repsol Honda) pushed hard to hang close early, but crashed out in the process. The only rider who could match Lorenzo’s pace was his teammate Valentino Rossi. Despite starting from the third row, Rossi finished second, 0.885 seconds behind. Dani Pedrosa (Repsol Honda) was a distant third, 19.455 seconds back. For full results from Catalunya, click here.

Rossi still leads the overall standings with 138 points, though Lorenzo is now only one point behind. Andrea Iannone (Ducati) moves into third with 94.

The next round of MotoGP goes June 27 at Assen’s TT Circuit.