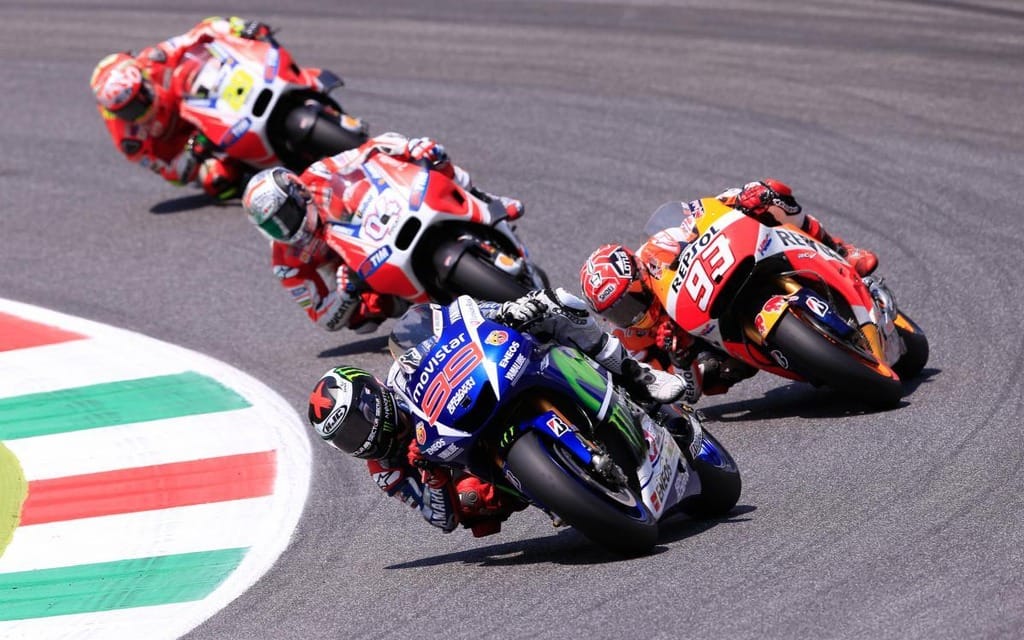 Movistar Yamaha’s Jorge Lorenzo made it three in a row with his victory this weekend during MotoGP’s round at the Mugello circuit in Italy. The Spaniard had a stellar start from the front row of the grid, took the lead into turn one and then basically checked out, putting in consistently fast laps and eventually winning by 5.563 seconds.

While that may sound bland, the five-way fight for the remaining podium positions was far from it. Andrea Dovizioso (Ducati) was in the hunt, but was forced to retire with a mechanical problem. Marc Marquez (Repsol Honda) was also in the mix, but crashed out. Andrea Iannone (Ducati) dispelled doubts about his injured shoulder with an impressive ride to finish second. The ride of the day, however – besides Lorenzo crushing the competition – went to Valentino Rossi (Movistar Yamaha). After a poor start, which saw him drop from eighth to 11th, The Doctor thrilled the hometown crowd by rising to third, finishing 6.661 seconds off the pace. For full results from Mugello, click here.

“I’m very happy,” said Lorenzo, “because I didn’t expect to escape with such a big margin. I was the only rider to ride multiple 1:47s, so luckily for me I was gaining six or seven-tenths per lap, this was key to the win of the race.”

Rossi retains the lead in the overall standings with 118 points, though Lorenzo’s strong form of late sees him inching ever closer. He now has 112 points. Dovizioso sits third overall with 83.

The next round of MotoGP goes June 14 at Spain’s Catalunya circuit.