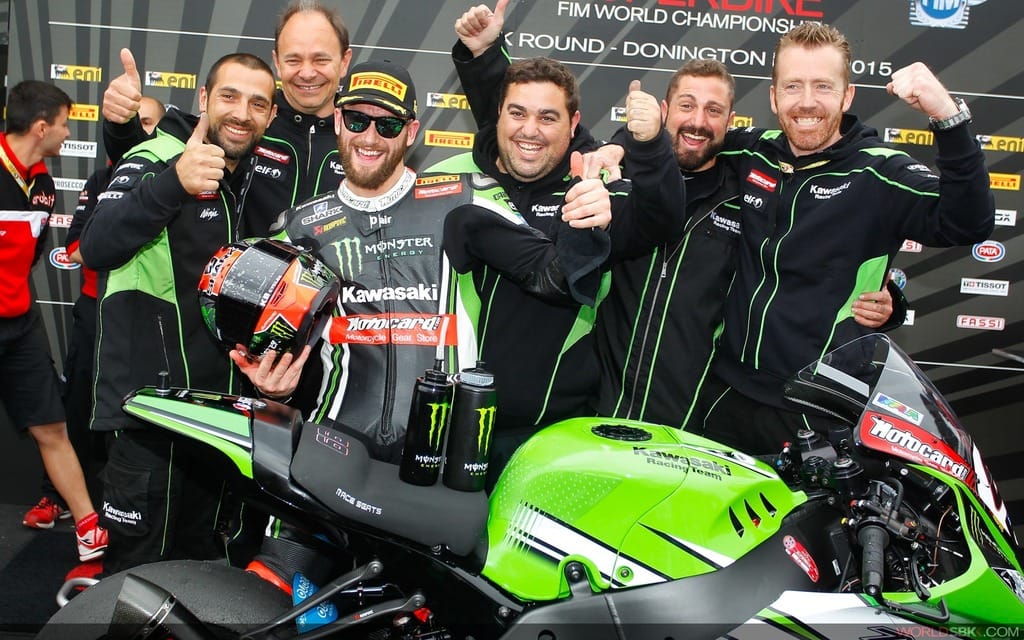 Tom Sykes was in dominant form for World Superbike’s round at Donington Park on the weekend. In addition to taking pole position on Saturday, the Kawasaki rider doubled up with two race wins on Sunday.

Race One saw a thrilling scrap between Sykes and teammate Jonathan Rea, the pair repeatedly exchanging the lead and coming close to touching several times. By about two-thirds distance Rea seemed to think better of the fight for the lead and settled in comfortably to finish second, 3.743 seconds back. Ducati rider Chaz Davies took third, 15.140 seconds adrift.

Sykes stormed off straight from the line in Race Two, setting a blistering pace and going unchallenged to win by 9.772 seconds. After an early moment that dropped him to sixth, Rea recovered and claimed second place. Déjà vu for Davies, who again finished third, 12.304 seconds behind. For full results from Donington, click here.

Rea still holds a colossal lead in the overall standings with a total of 280 points. Leon Haslam is second overall with 179 points, though Sykes is now nipping at his heels with 178.

The next round of WSBK goes June 7 in Portimão, Portugal.