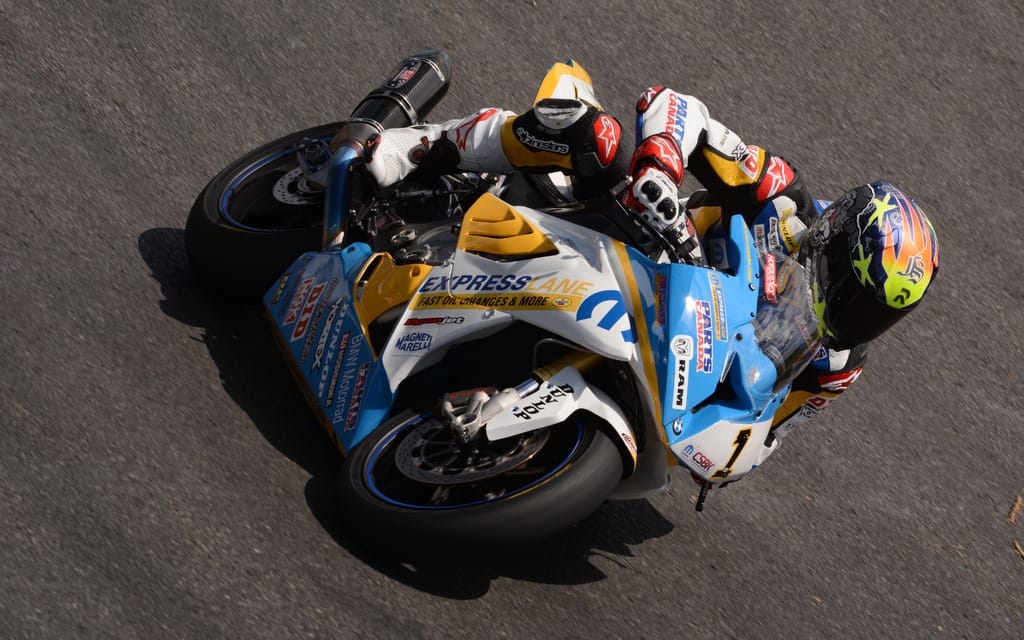 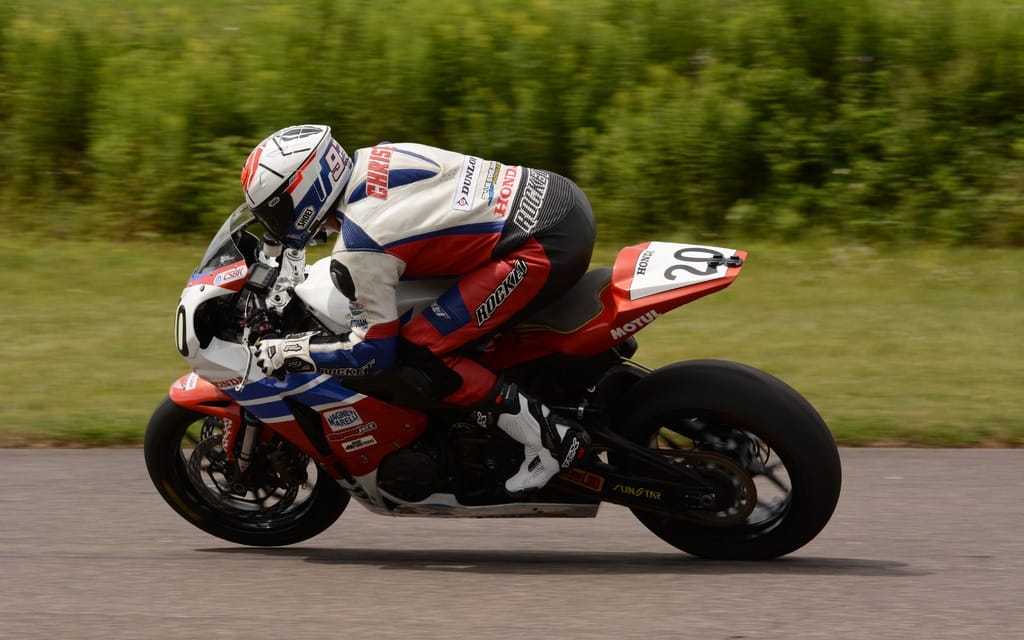 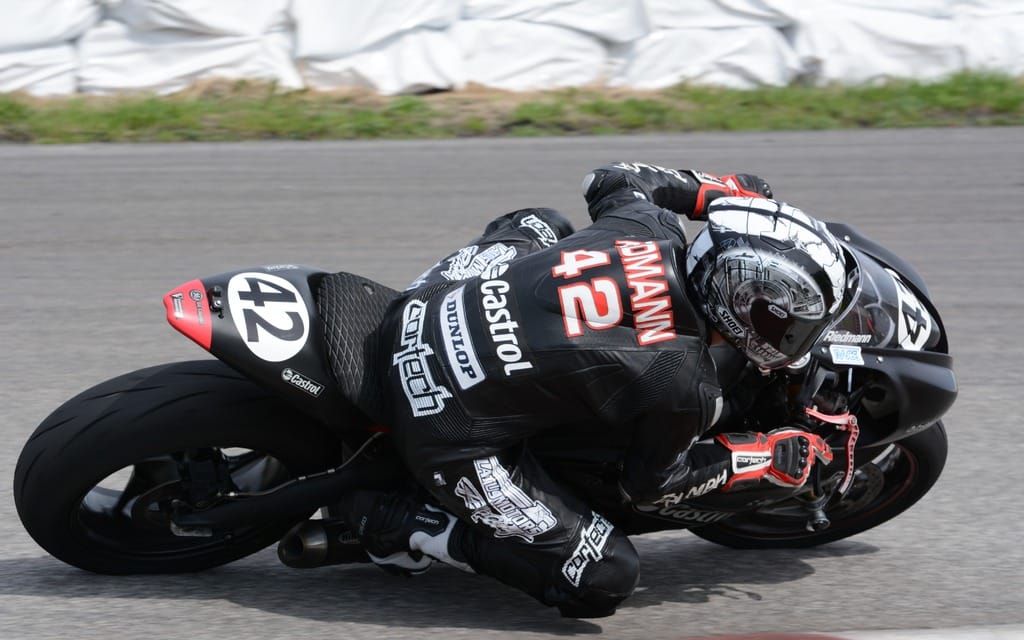 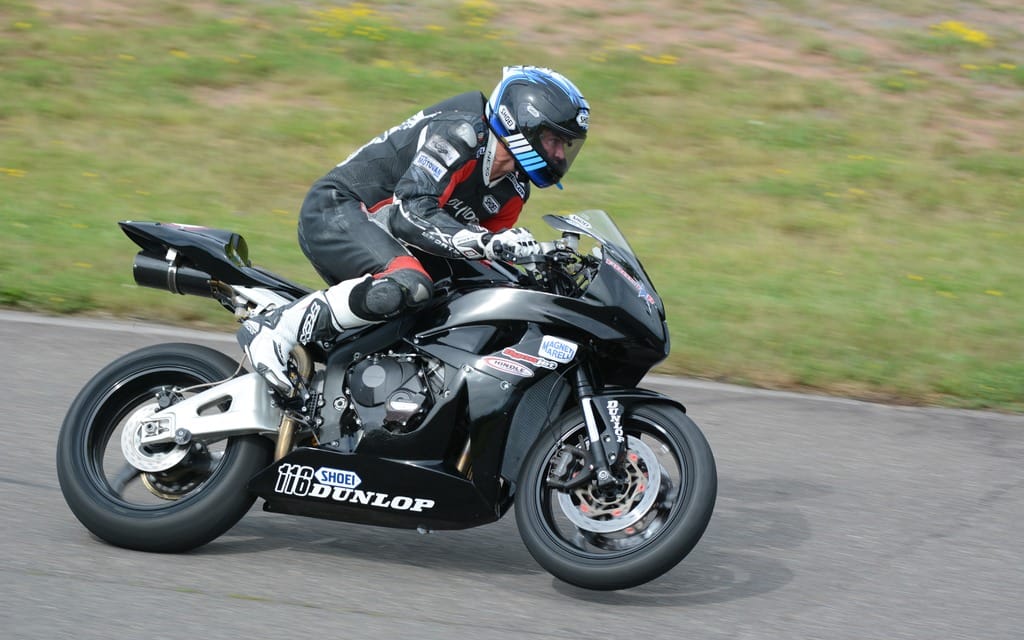 Winning it or losing it?

The season of speed is almost here, and we’re as giddy as pre-teens waiting for a One Direction concert (because, well, we’re waiting for the same concert). Since we’ve got time to kill, let’s see what the Mopar Canadian Superbike Championship has in store for this summer.

The astute among you will know that Shannonville gets the axe (the track is being subsumed by the earth; it should get the bulldozer) and is replaced by the sinuous Calabogie, west of Ottawa. Racers rave about the technicality (is that a word?) of its 20 turns. Nine-time CSBK champ Jordan Szoke says, “I love Calabogie.” In addition to Pro Superbike and Pro Sport Bike classes (and their amateur counterparts), the Vintage Road Racing Association is providing a vintage superbike support class for CSBK’s season opener. Neil Graham’s Ducati 888 is finally ready to race — if his VW bus makes it there. Will the Ducati survive its inaugural weekend? Will Graham? We’ll see.

But the biggest news is CSBK’s return to western Canada. It’s been five years since the series made a stop in Alberta, and this time it’s a doubleheader at Edmonton’s Castrol Raceway. “It’s really important for us to get out west to make it a true national series,” says current champ Jodi Christie. (Speaking of western expansion, there’s talk the series will return to British Columbia in 2016. Possible site: the proposed Area 27 track – still pending approval and construction — in the South Okanagan. “It’s just a rumour for now,” says CSBK boss and progressive-rock apologist Colin Fraser, “but it’s something we’d like to do.”) And, Colin Fraser, can you name a quick Calgary lad worth keeping an eye on? “Justin Knapik is fast, holds the lap record at Castrol Raceway, is the current Edmonton Motorcycle Roadracing Association pro champ, and placed in the points the last time CSBK came to town (2010).” Not a newcomer, then. Knapik is planning on racing the Mosport doubleheader as well.

In fact, so are we. CSBK’s season-ending stop at Mosport includes an invitational showcase event for a new Kawasaki Ninja 300 spec series, which officially kicks off in 2016. This year it’s only at Mosport, with VIPs, “famous Kawasaki pilots,” and Canadian motorcycle hacks filling the grid. James Nixon is participating, with a goal to lose six inches in height and 240 pounds by race time. Come to cheer him. Come to jeer him. Come to bathe him in your indifference. But mostly come for the real racers, the pros. Their skill on a motorcycle is astounding, and the fact that some are still in school and the rest are holding down day jobs to finance their efforts makes it even more impressive. To hell with racers that have everything handed to them — this is Canada: pick up that shovel and earn your keep.

Kenny Riedmann, fresh off his first-ever national number one plate in CSBK’s Pro Sport Bike class (on a Triumph), is making his CSBK Pro Superbike debut. The 23-year-old was rumoured to be running an Aprilia RSV4 — he bought one last year — but plans changed. “After racing the Aprilia [at the final round of the regional RACE Superseries] I wasn’t happy with everything,” Riedmann says. Riedmann declined to fill us in with details on the change of heart, but little birds tweeted in our ears two alternate explanations. One story said that his beat-up snowboarder knees wouldn’t fully bend to fit the diminutive Aprilia. The other story said that he thought the Aprilia’s brakes were wanting. So he settled on a Kawasaki ZX-10R — but sshhhhh! Don’t tell anyone. “We’re presenting it as a ‘Sturgess Cycle Superbike’ because Triumph is still our main sponsor.” Riedmann’s goals for his rookie superbike season are lofty. “I want to be on the podium every round, be in contention for the title. There’s no reason why I can’t be up there right away.”

Then there’s the dark horse, Trevor Daley. The 29-year-old is entering his third year of pro racing (and his fourth year of motorcycle racing, period). “A few quick years has gotten me to the level I’m at already,” Daley says. Last year he finished second overall in superbike, anchored by two third-place finishes — though there was a 15-second gap to the leader in both cases. Can he close that gap? “For sure.” How? “I’ve got a really strong package coming together.” Part of that is the Suzuki machinery of former CSBK frontrunner Alex Welsh. Daley has one of Welsh’s old GSX-Rs — which, the last time it raced, won at Mosport — and is in talks to acquire the second bike. “Alex’s bike definitely had the pace to equal the fast guys. With the adjustments we’re making, it’s going to be superior to when he raced it.” In addition, Daley has picked up Parts Canada as a sponsor. He’s also working with renowned superbike wrench Gary Medley, who has AMA and World Superbike experience. “Not only is he a tuner, he’s a builder. He’s also a bit of a rider coach because he’s worked with such high levels of talent.” Talent like former AMA ace Eric Bostrom. Daley is someone to watch, and we like him because he’s as aggressive as hell, a brilliant welder, and a really nice guy — go talk to him, and don’t be frightened by the tattoos.

The season’s odds-on favourite, of course, is perennial winner Jordan Szoke, who, on his brand-new BMW S1000RR, has likely the most powerful machine. A broken right thumb (sustained in the fiery forge that is trials competition) forced him to sit out the final two rounds of 2014 and cost him his chance at an unprecedented 10th title. How’s the thumb feeling? “It’ll never be 100 percent in terms of strength and mobility,” Szoke says, “but it feels pretty good.” And it hasn’t hampered his training, something the 36-year-old takes great pride in. “I guarantee you there isn’t anybody in Canada that trains as much or as hard as I do.” Did losing the number-one plate to Jodi Christie provide extra off-season motivation? “I didn’t really lose the number-one plate; nobody took it from me. CSBK.ca [the series official website] likes to say Jodi wrestled it out of my hands, but deep down even he knows he didn’t beat me for the title. He definitely deserves to have it because he and I battled for it all year, up to that point. But at the end of the day, he didn’t beat me. I’m sure he’ll be eager to beat me straight up; I know he wants to win it that way.”

Jodi Christie was thrilled to win his first Pro Superbike title, but the Honda rider isn’t satisfied with just one. “I’ve invested a lot of time and money in my training program,” the 22-year-old says. “Honda’s backed me as well, providing me with a motocross bike to train on.” He’s also adopted the sport of kings — flat tracking. “It’s so helpful to get the bike sliding around and get comfortable with it. It’s a new set of skills I can transfer to road racing and I’ve found it really beneficial.” And while some say his CBR1000RR SP is outgunned by Szoke’s machinery, Christie disagrees. “I definitely have the backing I need from Honda to get the championship done.” He’s also got suspension guru John Sharrard, technical whiz Andrew Trevitt, and the tireless Wes Lake on his team. And what does Christie think of the Szoke-lost-it versus Christie-won-it debate? “It’s a matter of staying fit until the end. Everybody has to show up and finish every race. I was there all year.” Does he feel he’s got something to prove against a healthy Jordan Szoke? “Not at all, but it does give me that bit of extra motivation.”

And it wouldn’t be a CSBK preview without mention of those that are missing — riders like Alex Welsh, who finished second in the 2013 Pro Superbike standings, and Brett McCormick, who, the last time he raced in anger (2012) was hugging the rear tires of Carlos Checa and Max Biaggi in World Superbike. (As if on cue, this cryptic Tweet from McCormick in late March: “I think I should race some bikes this year…” Still nothing even close to confirmed. Don’t be a tease, Brett.)

But those who make the grid will write the stories. Will an underdog rise to prominence? Will Christie defend? Will Szoke take his 10th title? The CSBK season starts soon and, like a fumbling 15-year-old, finishes far too quickly. Enjoy it while you can. Details at CSBK.ca.