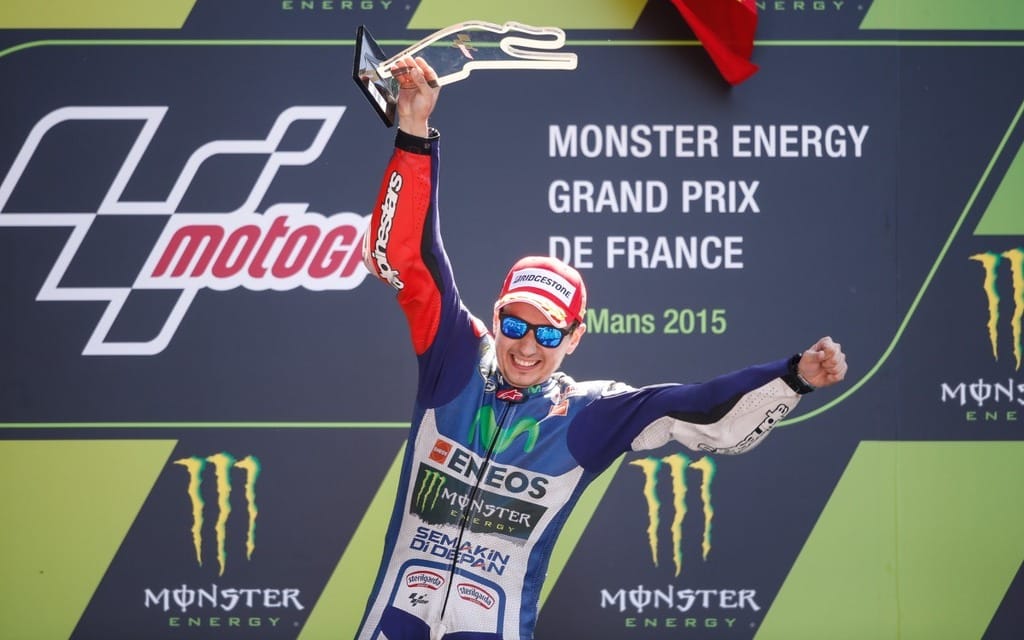 Movistar Yamaha’s Jorge Lorenzo was in fine form again last Sunday as he cruised to a 3.820 second victory at France’s Le Mans circuit. This was Lorenzo’s second successive victory, and revives his title hopes for this season.

After passing Andrea Dovizioso early on, Lorenzo was able to build and maintain a comfortable gap for the rest of the race. Valentino Rossi (Movistar Yamaha), who started from seventh on the grid, rode to a solid second place after reeling in the Ducatis of Dovizioso and Andrea Iannone. Dovizioso completed the podium, finishing a distant 12.380 seconds behind the winner. Meanwhile, Marc Marquez (Repsol Honda), who had a poor start and struggled in the race’s opening stages, won a thrilling battle with Iannone for fourth. For full results from Le Mans, click here.

Rossi still leads the overall standings with 102 points. Lorenzo climbs to second overall with 87 points, while Dovizioso is third with 83.

The next round of MotoGP goes May 31 at Mugello.