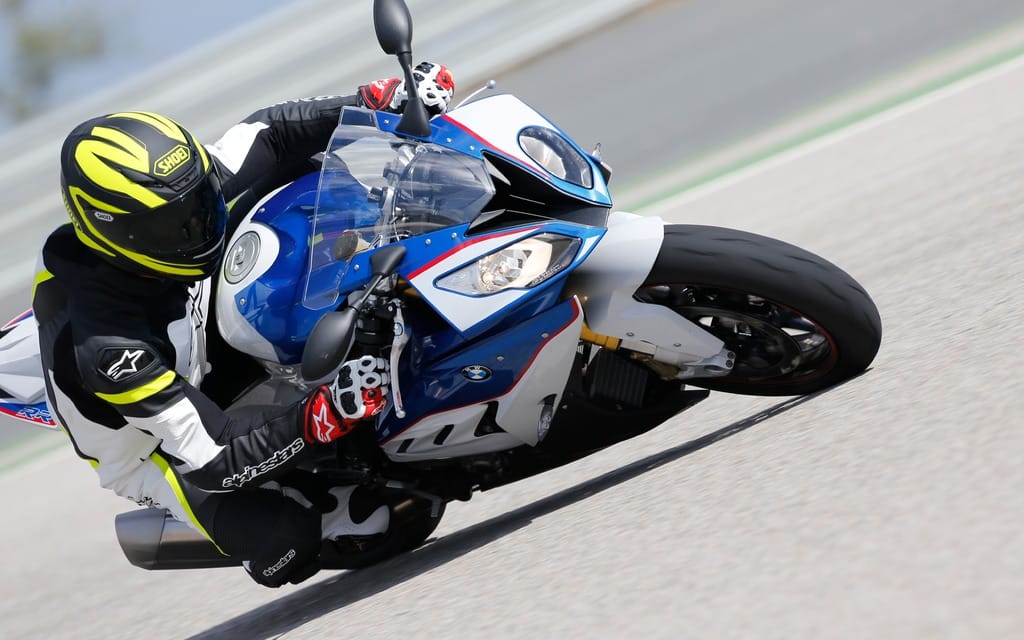 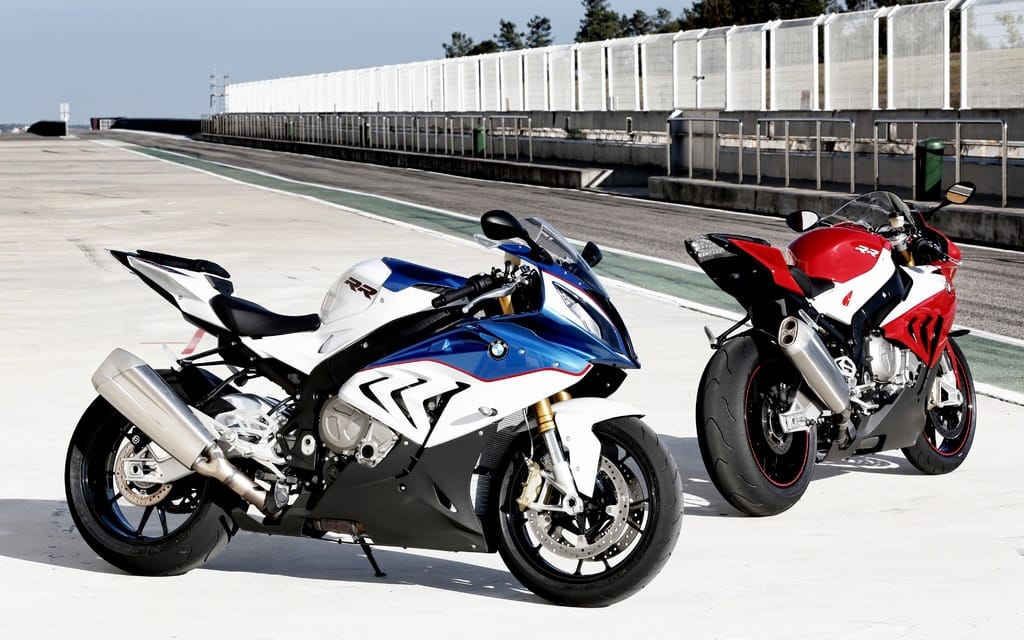 A review of this supple superbike in real time

I’m in Spain, the sun has burned the morning dew off the track, and the green flag is waving. Let’s do a lap together. I’m in no hurry and troll onto the track, with a cursory glance back over my shoulder to ensure the coast is clear, to begin the session-long process of sorting the right turns from the left turns. If I fight the urge to go fast now, I’ll be faster by the end of the day. But delayed gratification is an abstract concept when you’re in the saddle of a superbike, so to ease my process I pick a gear (third) and do a lap without shifting.

Motorcycle magazine wags have benefitted greatly from the infusion of high technology into production sportbikes. But I don’t mean just because it’s allowed us to stay out of the weeds and out of the hospital. No, the real benefit is that by simply regurgitating the manufacturer’s specifications, stories on tight deadlines can be turned around in record time and with a generous word count. But many of you haven’t ridden new-generation sportbikes, and your emails tell me that you’d like to know what it’s like, and, please, you ask, keep the manufacturers-gone-mad acronyms to the absolute minimum. This piece, then, is for you.

Trust. To go quickly in the age of electronics you need to trust. But it’s not like a sturdy handrail on a mountain lookout that you can see, feel, and sink your faith into. Faith in electronics is as abstract as spiritual faith. How do I know that the electronics will do what I ask of them when I can’t see them? I assuage my non- believing soul with a sharp squeeze on the front brake lever before I’m even on the track, and the gentle bump-bump from the lever communicates that the anti-lock brakes are engaged. It’s not all, but it’s a start.

BMW’s S1000RR, of which this is the latest iteration, is an almighty powerful motorcycle. Troy Corser, a former World Superbike champion who rode for BMW at the inception of the project, confessed that he was reluctant to do wheelies on his racebike for fear it would flip him off the backside — so fearsome and abrupt was its power. BMW stubbornly (and impressively, as hindsight has shown) chose to develop its own engine management system when it could have more easily sourced it from the aftermarket — and this new S1000RR is proof that they chose the correct path. But as Corser alluded to, early versions of BMW’s superbike were not supple, forgiving motorcycles. (I’m tempted to say they exhibited Germanic characteristics, but is that not just the regurgitation of a cliché?)

With the anti-lock brakes tested, I drive to the first corner, tip the bike down onto my knee, and then accelerate out to the second corner. (We all know superbikes are astonishingly fast, but the throttle is a rheostat, after all, so they’re only fast if we give them licence to be.) At the end of the first lap the sign that the S1000RR is indeed improved is signaled by my breathing — it’s calm and even. Hair-trigger throttles are wonderful at giving the sensation of speed, but the superbike, with its astonishing levels of actual speed, benefits the rider by cloaking its performance beneath a top layer of buttery-smooth throttle response. So far, so good. Now onto the second lap.

With the throttle twisted to the stop, the BMW darts down the straightaway in gleeful fury. But it’s not the acceleration that thrills — it’s the knowledge that anti-lock brakes are waiting for me at the end of the straightaway. Most motorcyclists — and I include myself — are poor at braking. The problem is that tires, the temperatures of those tires, and the varying levels of tarmac adhesion make it very difficult to anticipate levels of grip. (I don’t want to fall off and destroy a motorcycle just to sit up in hospital and tell the nurse that the track or the road was slipperier than I’d guessed.) At the end of the straightaway I give the front brake lever a vigorous two-finger squeeze and the bike augers into the pavement like a plow into a springtime field. Now I know the track has astounding levels of grip, which further relaxes me.

The traction control buy-in is more difficult than anti-lock-brake buy-in, but you’ll never have fun on a water slide if you don’t let go at the top. With my knee on the ground at the apex of a corner I scream (I do) and twist the throttle hard. Not much happens, because the computer knows I’m leaned over on the edge of the tire and that fury fully released would get me that meeting with the stout nurse in emergency. But as I pick the bike up at the exit of the corner the computer sends a note packed in a vacuum tube to a squirrel that sits at a desk next to the throttle bodies. The squirrel pops open the note, reads that the bike is rolling onto the fat centre of the tire, and authorizes the administering of more power. (At least that’s how I’ve always envisioned it. Embarrassing that I have more faith in squirrels than in computer engineers.)

Manufacturers have done a poor job (as have those of us that review their products) of explaining that modern technology isn’t invasive. At speed, on the S1000RR, I don’t even use the clutch lever. That’s right, the BMW shifts up and down without the use of the clutch. You can use the clutch if you want (just as you can signal turns with your left arm, if you so desire) but why bother? With just a throttle, a front brake lever (I don’t bother with the rear) and a shift lever, my limited attention is liberated for more pressing concerns, like staying on the track.

My summer of flat tracking is helping me out. The tail wags on the BMW heading into corners but the movement doesn’t startle me. What startles me is that I’m gaining on a U.S. rider who’s always kicked my ass at press events. I try to ignore him as I close the gap but it’s difficult. Then I calm down again, and hit my marks, like an actor in Othello. Braking point, eyes to apex, throttle open and eyes to exit. Tuck in, shift body, eyes ahead, throttle open, and hit the apex. I’m on his back wheel now. We enter the front straightaway in lock step. He’s in front but I’m looking past him now. The bike is power sliding but the computer keeps it from getting out of hand. His drive is good. Mine is just a little better. Halfway up the straight I’ve pulled up to his rear wheel. And then the flag is thrown to end the session. I could continue, try to get him on the brakes, but even club racers know that the checkered flag means all but the bullshitting is done. I sit up, work a kink from my neck, and marvel at the brilliance of this motorcycle.

If what I’ve described stirs you in any way, and if you live where access to a racetrack can be attained, then I encourage you not simply to live vicariously but to experience this for yourself. It is motorcycling as pure, glorious, unadulterated ecstasy. Life is short, but BMW will sell you a way to look back over your shoulder at the end of it all with one fewer regret.

For more information on the BMW S1000RR, click here.