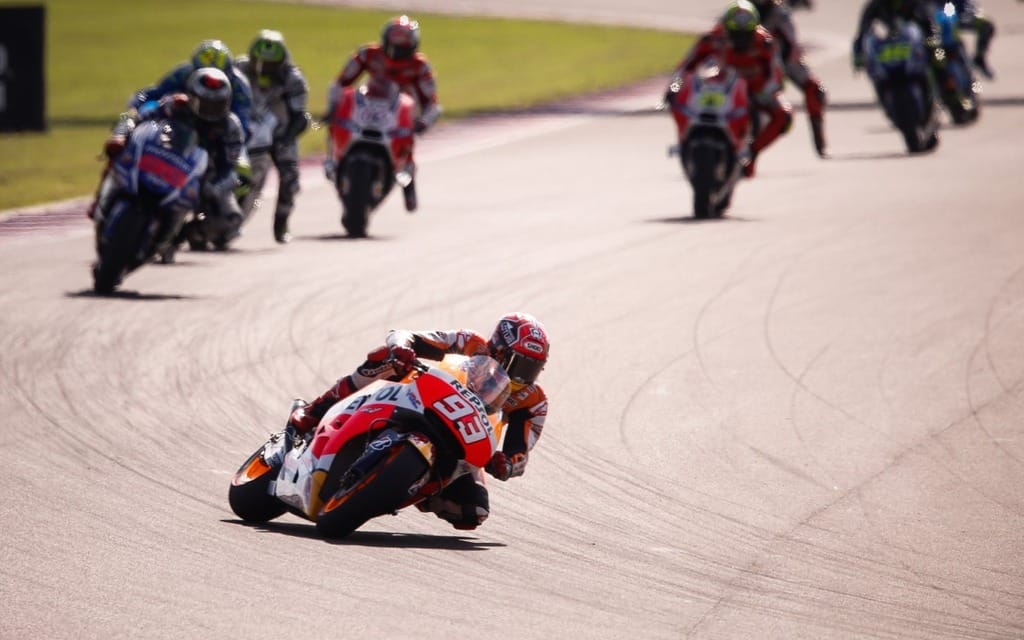 Two-time MotoGP champion Marc Marquez suffered a broken finger in a recent training accident. The Repsol Honda rider crashed while dirt track training and his left hand was run over by another rider, fracturing his pinky finger. Marquez underwent surgery to install a titanium plate to stabilize the fracture.

“Treatment during the next few days before Jerez should reduce inflammation, so he can race there,” Dr. Xavier Mir, who performed the surgery, told Crash.net. “It’s a shame he got hurt but he was lucky it’s the left hand – in MotoGP the clutch lever is not used that much. I can’t say he will be 100 percent fit, but we always see riders push their limits so I’m sure he will be able to do well.”

Practice for this weekend’s Spanish Grand Prix at the Jerez circuit starts Friday.