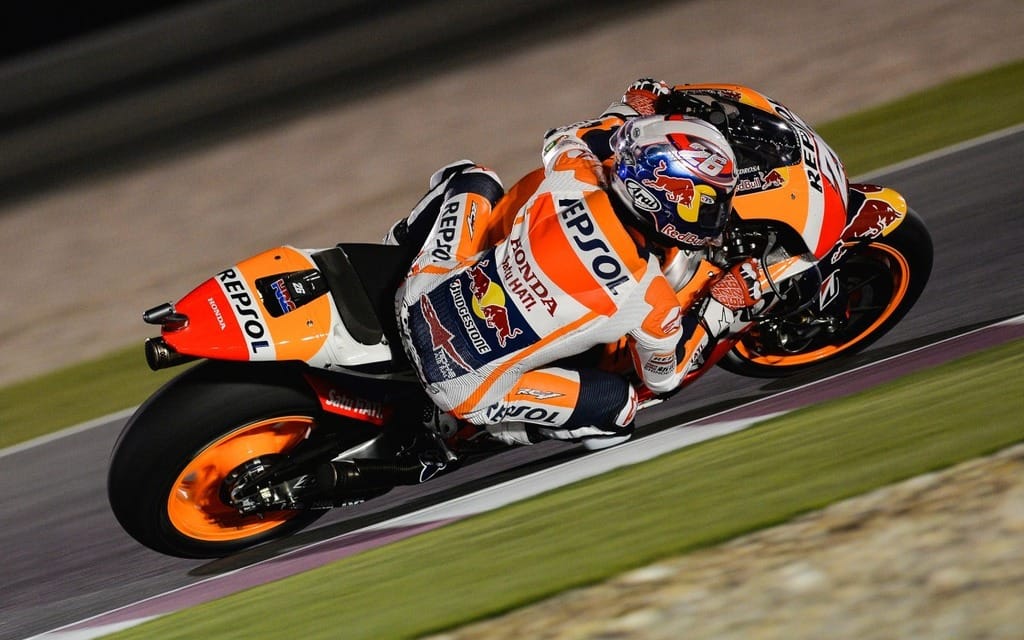 Pedrosa out of MotoGP action

Repsol Honda rider Dani Pedrosa underwent surgery last week to fix a recurrent arm pump problem. The Spaniard’s surgery was successful, though he’s expected to be out of action for four to six weeks.

That means he’ll miss MotoGP’s stop at Austin’s Circuit of the Americas this weekend, the following round in Argentina, and maybe more. In the meantime, Honda has asked HRC test rider Hiroshi Aoyama to fill in on the factory team for the next two rounds.

“I’m sorry for Dani,” Aoyama said. “I want to say thanks to Honda for giving me the opportunity to replace Dani. I think it’s an honour to ride for Dani. I’ll enjoy racing for the Repsol Honda team. I hope I can enjoy this weekend.”