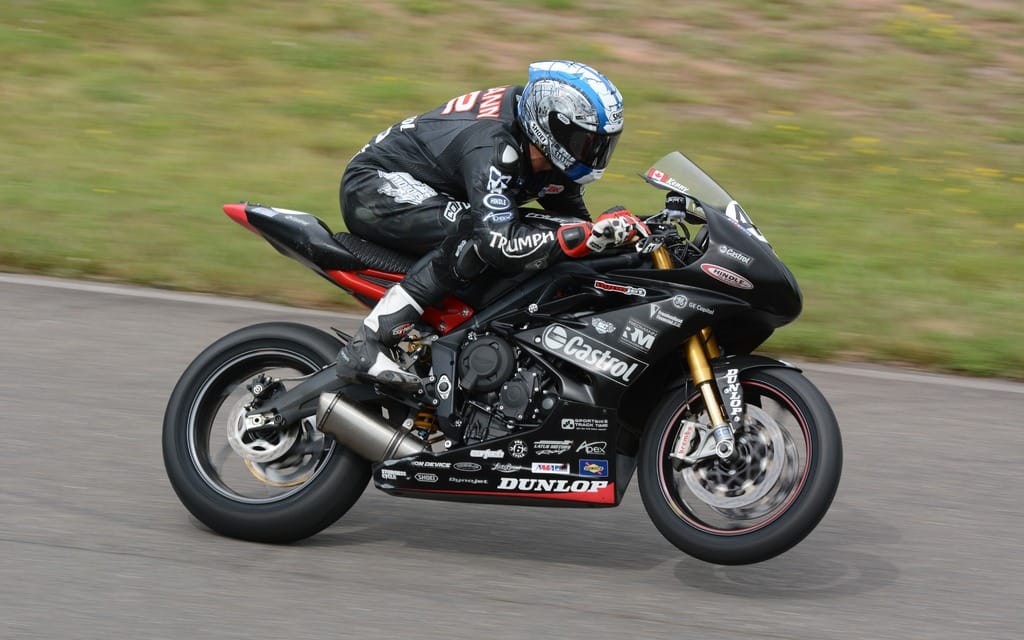 All aboard for beautiful Buffalo!

Imagine a facility manufacturing high-spec race tires. Is it a futuristic Japanese factory filled with robots? Or a spotless German plant with workers in white lab coats? In the case of Dunlop, it’s neither. When CSBK boss Colin Fraser invites us on a tour of Dunlop, the series’ exclusive tire supplier, we drive down the Queen Elizabeth Way to Tonawanda, New York, just north of Buffalo, to a building that looks like a pre-WWII relic.

“This plant was built in 1929,” says Shannon Ross, the Dunlop staffer guiding our tour. (Ross, a Mississauga, Ontario, native, has been with Dunlop for 20 years.) Dunlop’s Tonawanda facility is massive (we only tour the motorcycle division, one-tenth of the total operation), but its layout isn’t ideal for modern production methods. Original construction was modular, a long central corridor with sub-buildings branching off — the idea being that if a section was bombed a door could be closed and production could continue. “It’s not perfect, but we make do,” says Ross. “The building is old, but our technology and production methods aren’t.”

In addition to its CSBK tires and rubber for conventional road-going motorcycles, the facility produces AMA road racing and flat track tires. In all, over 200 different variants of the motorcycle tire are produced, to the tune of 4,500 motorcycle tires a day. But before we see any, we smell them — the unmistakable odour of hot rubber. It’s inescapable, permeating the building, soaking into the molecular structure of exposed brick. Workers go home with eau-de-Dunlop seeping from their pores.

We’re shown a selection of Dunlop’s tire components and how they work together. (Dunlop has about 2,000 possible component combinations.) We pass around pieces of sticky, rubber-coated fabric, and different layers and gauges of rubber used in construction. There are strands of rubber-covered steel, Kevlar, and carbon fibre. The rubber itself is mixed and manufactured in-house, though we don’t see the process (Ross describes it as a “three-story Mixmaster” in action).

We watch a radial race tire having its final layers automatically applied by a gear pump, a machine that extrudes a strand of rubber onto the rotating carcass like piping on a cake. The result looks like an empty toilet paper roll wrapped in licorice (only after curing will it become smooth and round). The tire exits the machine sticky and still warm. Gear pumps allow on-demand construction changes — such as alterations of compound composition — which is useful for last-minute modifications for a race weekend. “It’s not something we necessarily advertise,” Ross says, “but it’s possible.”

Though gear pumps are automated, other production methods aren’t. We watch a worker produce a bias tire by hand. (Bias tires are almost unrecognizable as tires before curing, looking like segments of a flat rubber cylinder.) The worker pulls a pre-cut section of tread from a cart and applies it to a rotating carcass. Cuts are made by hand with the help of laser guides, and then the seam is sealed in a press.

Dunlop prides itself on the human element of production, and with nine different types of production machinery each requiring a specific skill set, workers are highly trained. There are 67 production workers per shift and four shifts per day — we’d wager this facility has more people producing race slicks than there are actual racers in all of North America.

The curing and moulding process — the point at which tread patterns are added — averages 20 minutes. The temperature is set at 350ºF and an internal bladder is inflated to 300 psi, squeezing out any gas bubbles and irregularities. After sitting aside for two more cycles to cool, tires go to inspection.

Every tire — yes, every tire, not a random selection — is inspected by hand. Workers look for 170 types of defects in 50 to 55 seconds. If they pass, tires are then machine-tested for rotation, inflation and balance. “You’ve only got two of them,” Ross says about motorcycle tires, “so they need to be good.” Additionally, every race tire is X-rayed to ensure uniformity.

Of the eight spec tires supplied by Pro 6 Cycle for CSBK use, four are made at Dunlop’s Tonawanda plant (and come in three different compounds). Having the supplier so close adds convenience — especially considering two seasons ago CSBK was sourcing Pirelli tires from Germany. “We’ve had tires changed by the next round, or a week before a race,” says Colin Fraser. “That wasn’t possible before.”

While it’s impossible for everyone to see Dunlop race tires in production, most of us have access to something much better: we can see them in action. And if you get close enough, you’ll be able to smell them, too.