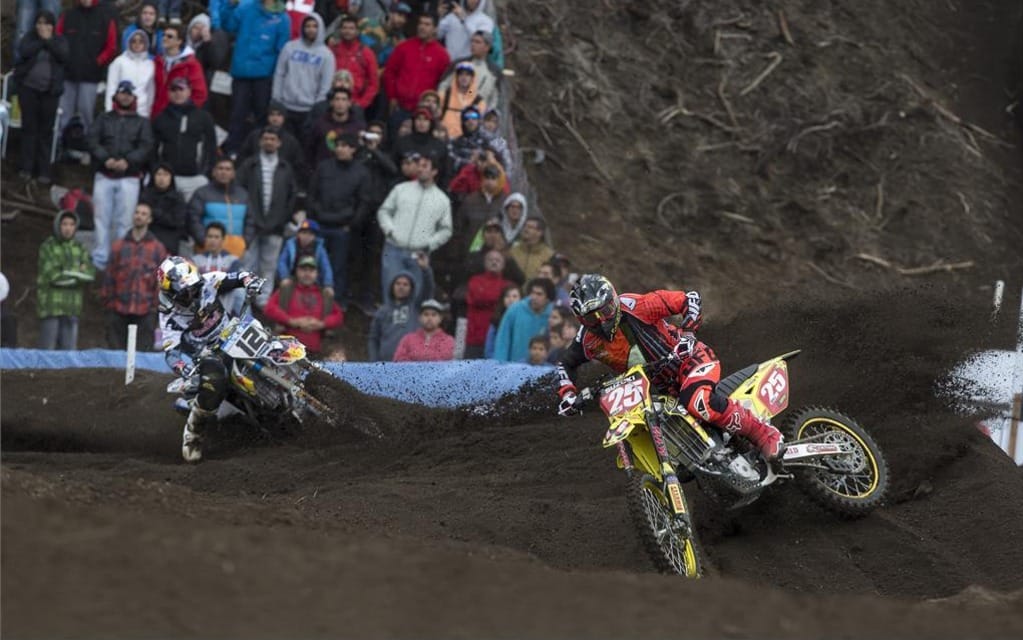 Suzuki’s Clement Desalle had a solid showing in the third round of the Motocross World Championship, which took place on Sunday in the Patagonian region of Argentina.

The results of Race Two saw the same riders climb the rostrum, though the order was shuffled. Nagl took the win, Cairoli claimed another second (2.273 seconds back), and Desalle finished third (3.673 seconds adrift).

American Ryan Villopoto finished one spot shy of the podium in both races.

For full results from MXGP round three, click here.

Desalle currently leads the overall standings with 133 points, while Nagl and Cairoli both have 123. Villopoto is fourth overall with 106.

The next round of MXGP goes April 19 in Pietramurata, Italy.