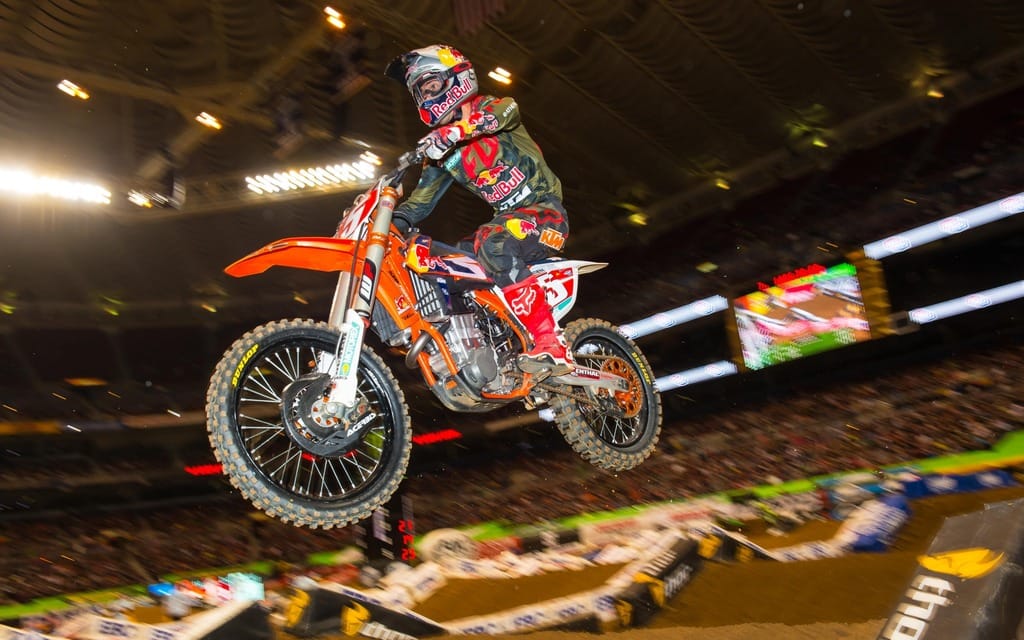 Fellow KTM rider Andrew Short took the holeshot in the 450SX main, but was quickly passed by Dungey during the opening lap. Weston Peick (Yamaha) looked strong in second place early on, but was passed near the race’s midway point by Jason Anderson (Husqvarna) and Eli Tomac (Honda). Tomac got past Anderson on lap 14 and the podium pecking order remained the same for the remainder of the race. For full results from St. Louis, click here.

“That was a monkey off my back,” Anderson said of his third-place finish. “I have been wanting to get back on the podium since the first race of the season. There are a lot of people behind me to help me get here, and I am going to come out swinging at the next race.”

Dungey’s victory adds to his lead in the overall standings, where he now sits with 296 points. Tomac is second with 216 and Trey Canard third with 204.

The next round of AMA Supercross goes April 11 in Houston, Texas.