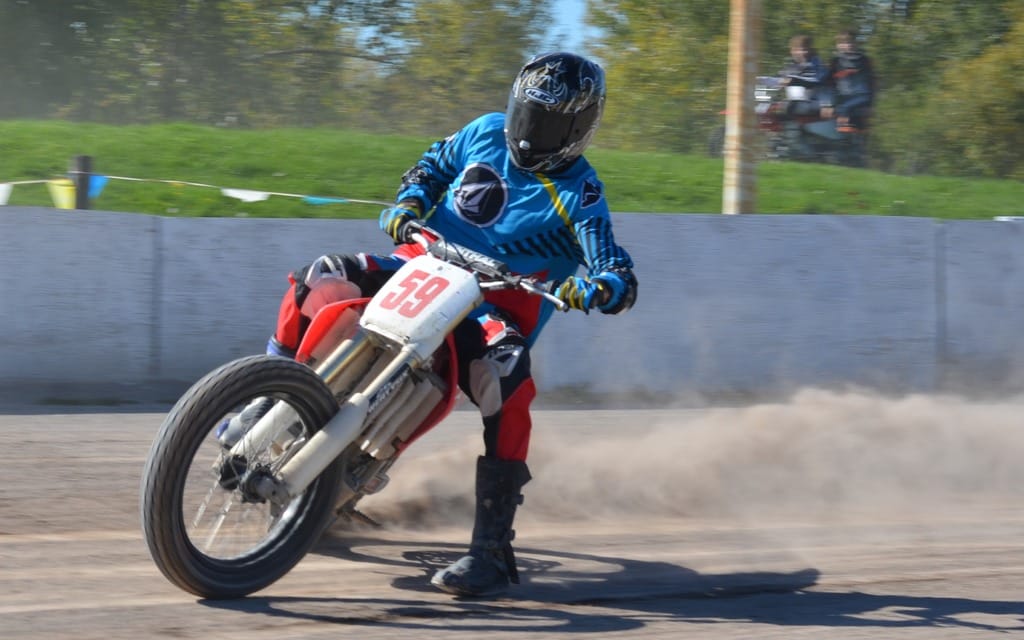 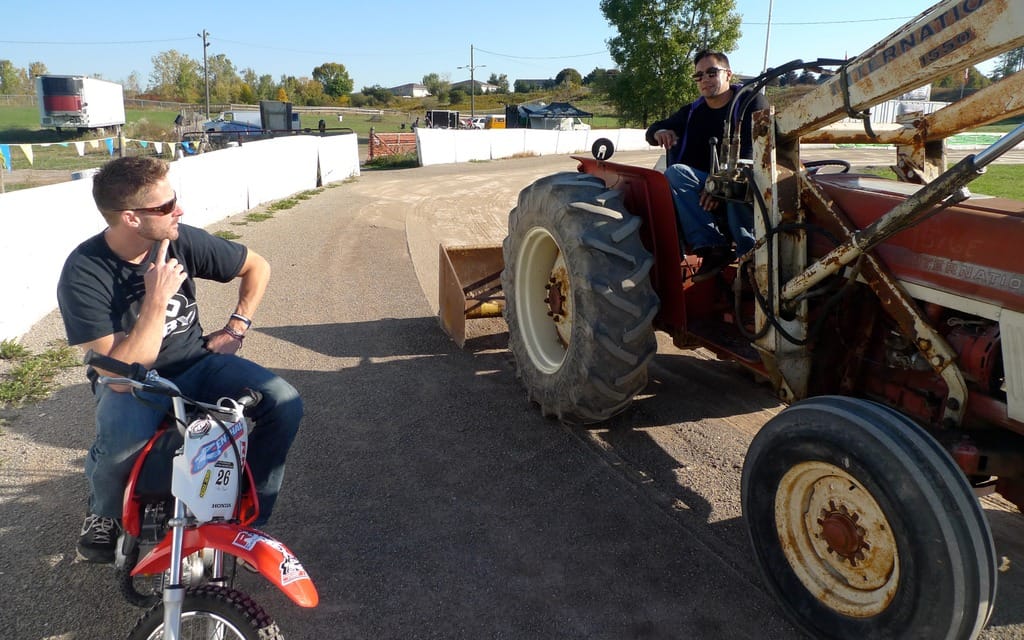 Get off the sofa, give it a go

It’s best to start at the beginning, and for an aspiring racer, that means school. But tuition costs vary widely — it’s cheaper to study knitting at a community college than law at McGill. Multi-day roadracing schools can run into the thousands of dollars, single-day schools into the hundreds. Flat Track Canada boss Aaron Hesmer knows that to nourish a grassroots discipline like flat track it’s important to make it affordable. How affordable? A one-day school at the Paris racetrack is under $100 if you bring your own bike and gear and under $200 if you arrive with nothing more than enthusiasm.

Hesmer and pro flat tracker Steve Beattie run today’s school. After an introductory session that addresses the basics of machine preparation (I am warned of the poor quality of pump gas and the importance of bonding with my machine through regular washing) Beattie straddles a bike in the pits and runs over the basics of body positioning. Then we’re let loose on the track.

Flat tracking is reminiscent of flying in that a minimum threshold of speed is essential for the dynamics of cornering, just as a minimum runway speed creates the necessary negative pressure on the top of a wing to suck the plane into the air. With that in mind I give a mighty fist of throttle to my new (used) Honda CRF450R and drive to the corner. My corner entry is good, and I scrub off speed and set up for an exit that I flub horribly. Just so there’s no confusion, Beattie rides in front of me and points to the tidy late apex he wants me to hit. But I’m nowhere close to it, and instead of straightening the corner for a solid lunge down the straightaway I slither up to the wall and back out of the throttle to prevent clubbing it.

Former racer and ace tuner Kurt Biegger offers a few useful tips (apparently it’s not necessary to fully open the throttle on so small a track) and is amazed that I can ride at all on so worn a rear tire. My early progress is thwarted because I inadvertently hold my breath for an entire session, but later I relax, and beautifully clip the late apex Beattie had suggested. I only achieve it a few times, but leave at the end of the day fortified that at least now I know what I’m aiming for. Learn more at flattrackcanada.com.