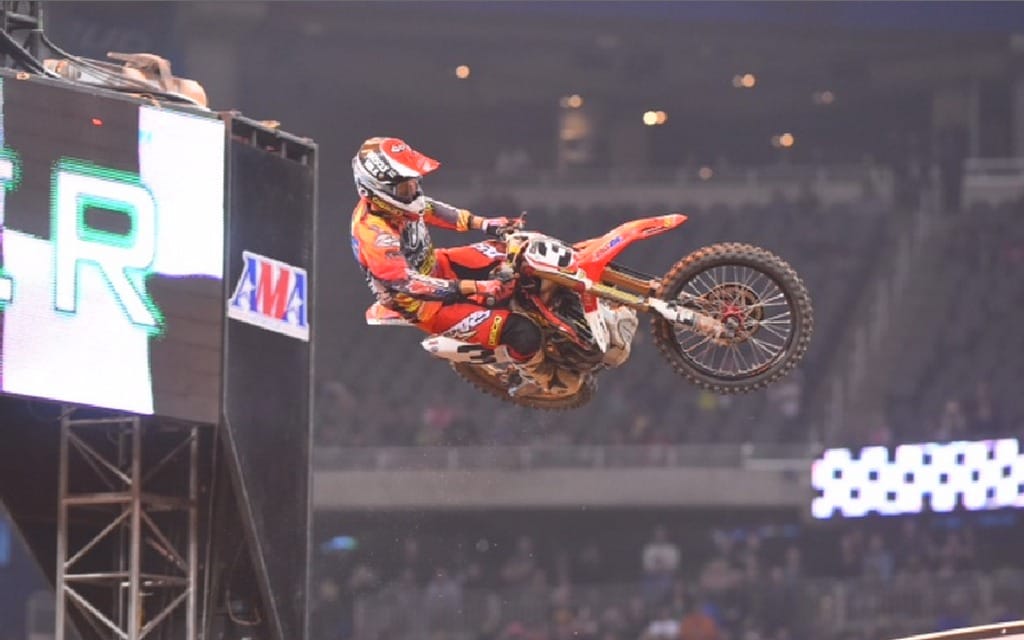 Honda’s Eli Tomac took his second win of the season last Saturday at Detroit’s Ford Field, where over 46,000 fans came out to take in the high-flying spectacle that is AMA Supercross.

Andrew Short (KTM) took the holeshot in the 450SX main, while Davi Millsaps (Kawasaki) and Ryan Dungey (KTM) squabbled over second position. Dungey had the lead by the end of lap one, but was passed by Tomac on lap four. By lap 12 he’d stretched the margin to 6.6 seconds, and would go on to win by a comfortable 11.89 seconds. Dungey finished second, while Cole Seely (Honda) rounded out the podium. For full results from Detroit, click here.

“I have had so many up-and-down races this year,” Tomac said, “but I was able to put it together tonight.”

Dungey still holds a commanding lead in the overall standings with 271 points. Trey Canard is second overall with 204 points, while Tomac isn’t far off in third with 194.

The next round of AMA Supercross goes March 28 in St. Louis, Missouri.