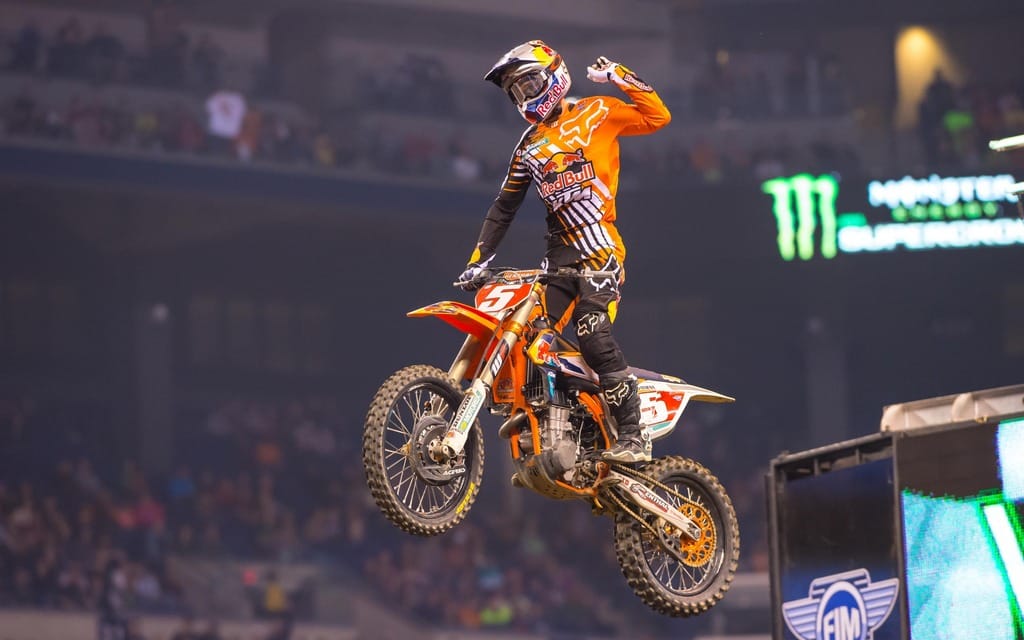 Andrew Short (KTM) got the holeshot, but Dungey took the lead before one lap was completed and stretched his lead for an impressive victory. Cole Seeley (Honda) finished second, while Trey Canard (Honda) had a solid run from mid-pack to finish third. For full results from Indianapolis, click here.

“This is a week-by-week battle,” said Dungey. “I knew how important the start was, and Andrew was up front early on, so I knew I had to get around him. It was a tough track; on the last lap I took it nice and easy.”

Dungey’s lead in the overall standings now sits at 45 points, Dungey with 249 points compared to Canard’s 204. Eli Tomac is third overall with 169.

The next round of AMA Supercross goes March 21 in Detroit, Michigan.