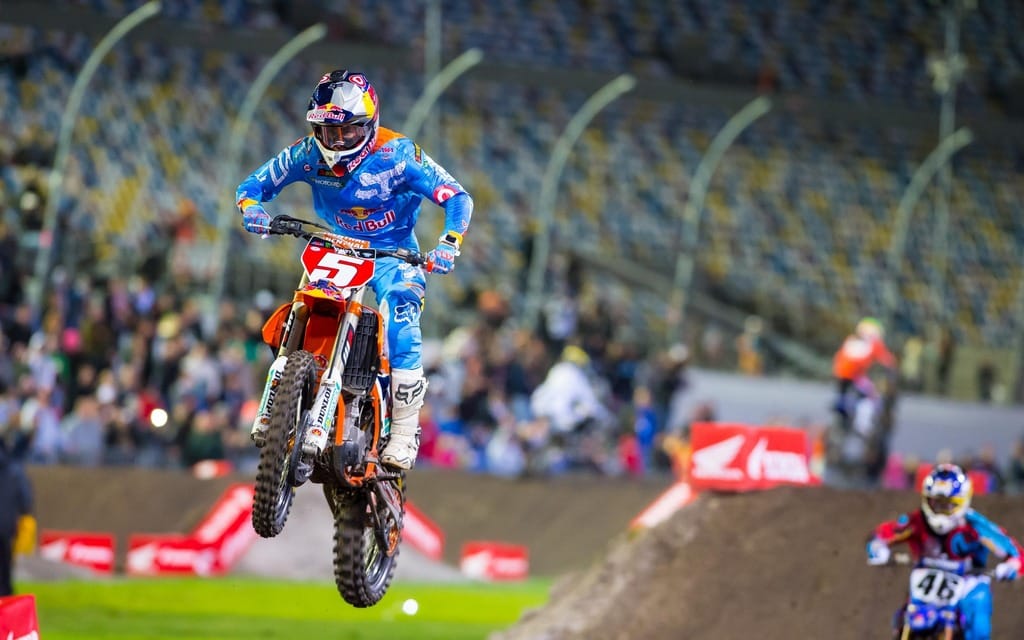 Daytona Bike Week kicked off in a big way with the 10th round of the 2015 Monster Energy Supercross series, which ran last Saturday at Daytona International Speedway in Daytona Beach, Florida. KTM’s Ryan Dungey was dominant in the 450SX main, taking his first-ever win in Daytona.

Fellow KTM rider Andrew Short got the holeshot and led until he was passed by Dungey on lap eight, who held a comfortable lead for the remainder of the race. Meanwhile, Eli Tomac (Honda) worked his way from mid-pack to third by lap 13, and would go on to finish second. Blake Baggett (Suzuki) rounded out the podium. For full results from Daytona, click here.

“Tonight was awesome,” Dungey said. “I’ve never won this race and it’s just really special. Especially coming in, we have to test a lot. We have to set up the bike and the guys at Team Red Bull KTM have it dialed. We had to battle for it.”

Dungey’s win adds to his lead in the overall standings, where he sits with 224 points. Trey Canard is second overall with 184 points, while Eli Tomac is third with 159.

The next round of Supercross goes March 14 in Indianapolis.