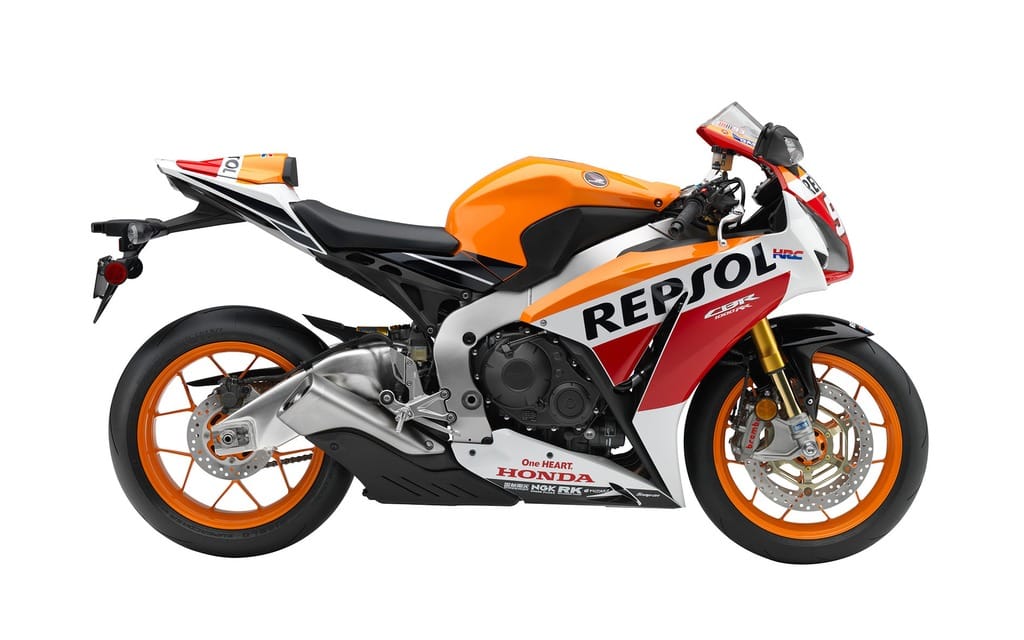 Honda Canada reps met with members of Professional Motorsports Productions – organizers of CSBK – and updated the homologation agreement, which now allows Christie (and anyone else who can get their hands on a 2014 or 2015 model) to compete aboard the SP. The up-spec SP has Öhlins suspension components, Brembo monobloc calipers, revised triple clamps, lightweight wheels, and other fine racing fitments.