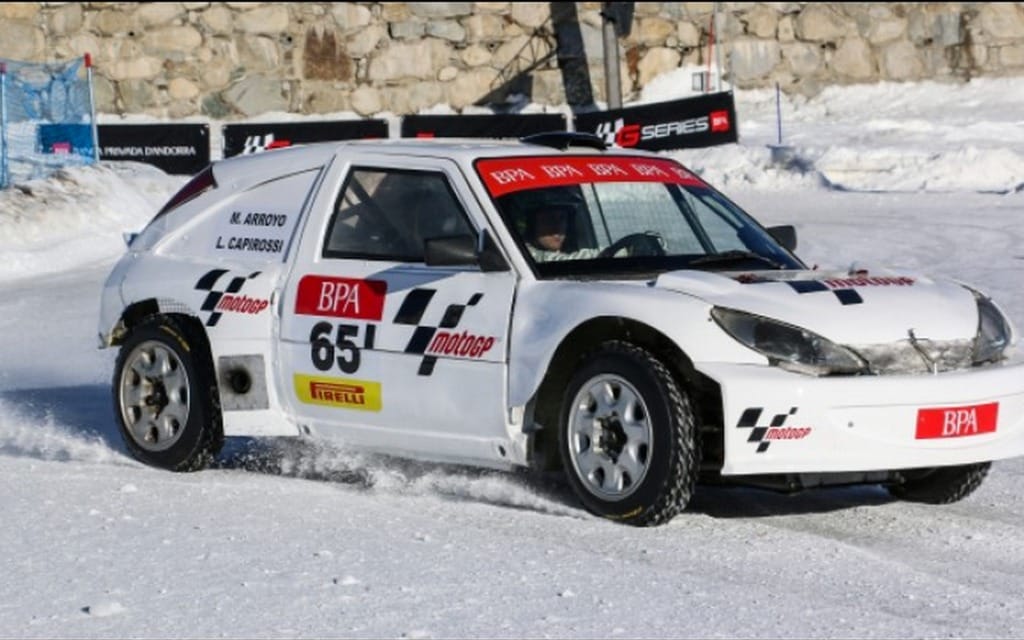 What do MotoGP riders get up to in the off-season? Some slide around on ice in the GSeries BPA 2015.

Loris Capirossi and Hiroshi Aoyama competed for the MotoGP Team in the ice-racing series’ first round, Capirossi finishing 10th and Aoyama 19th (sadly, last place) in the final classification.

Pol and Aleix Espargaro and Tito Rabat will represent MotoGP at the second round, which is being organized by the Automobile Club d’Andorra. Hopefully they have better luck than Hiroshi – although someone has to finish last.