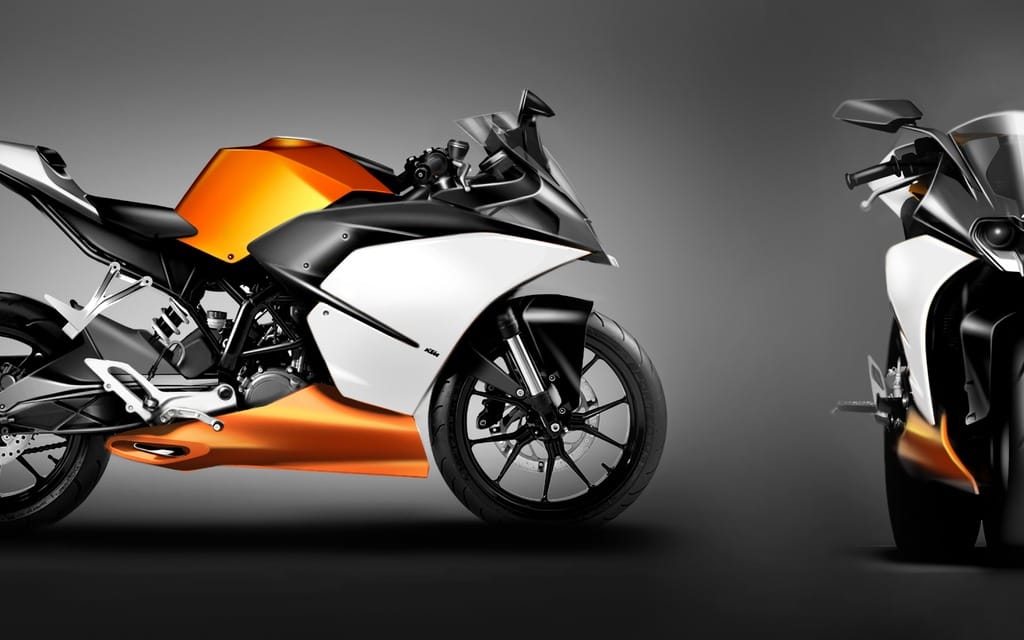 KTM has come a very long way in a very short time. It’s an old company, one that for decades made its fortunes in radiators, so its ascension from tiny regional motocross manufacturer to international motorcycle giant is particularly interesting. Last year KTM was all but tied with BMW in sales, and given its recent business performance, the future looks bullish.

KTM has, since designer Gerhard Kiska was introduced to the company in the late 1990s, employed exceptional design. From the printed materials in stores to the graphics and tradeshow displays, and, of course, the motorcycles themselves, KTM has remained unwavering in its visual message. No other brand in the motorcycle universe has ever come close to KTM when it comes to levering design to boost sales and image.

The RC390 is the continuation of this policy, and will be one of the most important motorcycles of this decade. For the first time in 30 years the motorcycling public has high-quality, high-performance, small sport motorcycles that do not look cheap or childish. As brilliant as they are, Honda’s CBR250R and Kawasaki’s Ninja 300 look and feel like entry-level products. The RC390 does not.

Kiska design, now a 100-person super studio, achieves this by focusing on dramatic shapes where drama is unexpected (such as the meticulously webbed cast alloy swingarm) or by playing with material transparency, making the front fairing clear all the way to the headlights. This adds layers of visual complexity without adding much cost, and, crucially for KTM, differentiates the RC390 from all comers. Combined with the company’s usual excellence with colours and graphics, crisp, high-quality wheels and brand-name suspension, KTM’s small sport bike becomes a standout in a crowded marketplace.