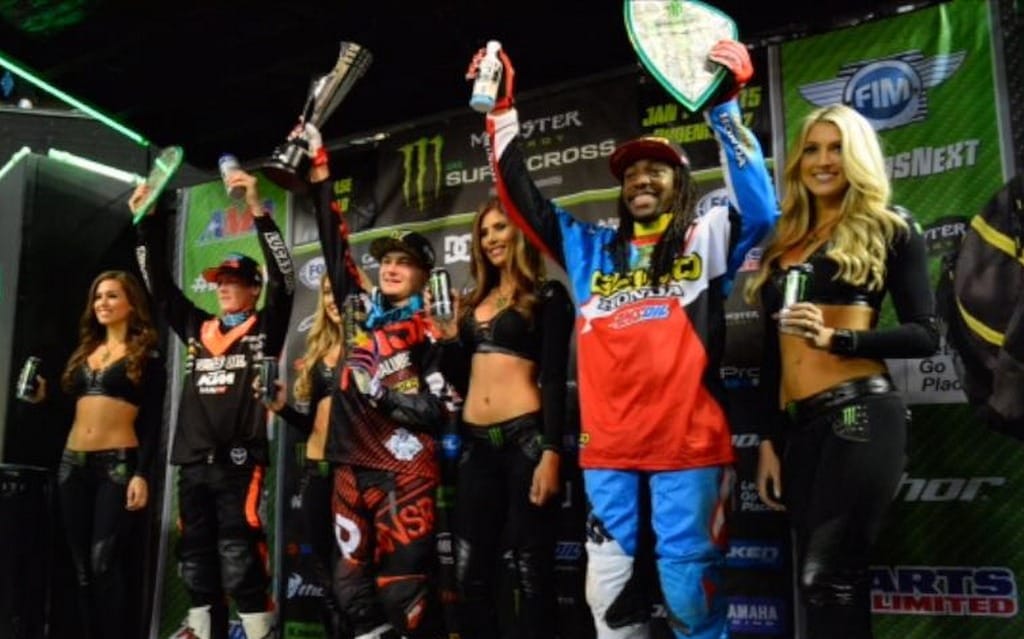 Cooper Webb (Yamalube/Star Racing/Yamaha) won his first 250 Supercross race at Chase Field in Phoenix, Arizona, site of the second round of the 2015 Supercross series.

Fighting back from third position, Webb took the lead from Malcolm Stewart (GEICO Honda) on lap five and would not relinquish it for the remaining 15 laps. Stewart held on to second, while Jerry Nelson (Troy Lee Designs/Lucas Oil/KTM) took third.

“I got off to a really good start,” said Webb. “Osbourne, Stewart and I all battled it out the first couple of laps and I knew I just had to be smart and try and get around them. It was fun to get my first win here. I really wanted to get it last weekend, but we got it done here and have plenty more to go.”