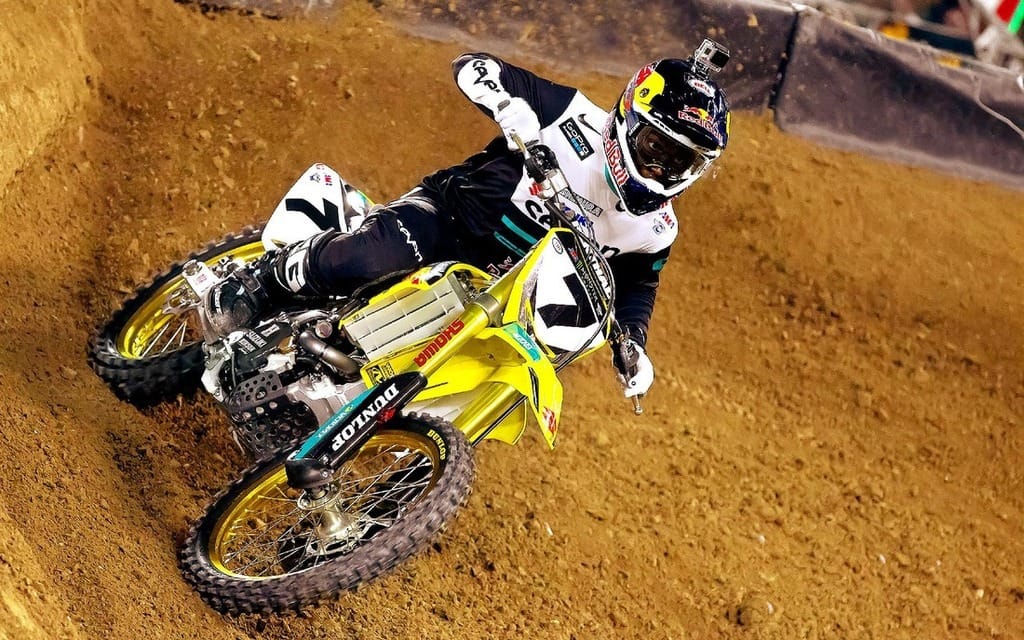 Suzuki’s James Stewart was among a group of random riders selected for FIM drug testing during the 2014 Seattle Supercross event. Stewart tested positive for amphetamines (part of his Adderall prescription) and was served with an anti-doping violation on Wednesday, which prevents him from competing at next season’s opening round in Anaheim on January 3.

Full details of the ban were not provided, but Stewart’s team, Yoshimura Suzuki Racing, said this: “The ruling lays out a punishment that severely affects the entire 2015 season for James and the Yoshimura Suzuki team.”

Stewart himself also commented: “I’m extremely disappointed to say the least. We plan to appeal as I personally feel that the punishment far outweighs the situation, especially since I received both WADA and USDA approvals that prove I’m not cheating.

“Unfortunately, I’ve had to be very quiet in regards to the situation but I’ll be telling the full story in the next couple weeks so everyone can understand what we’ve been going through.”