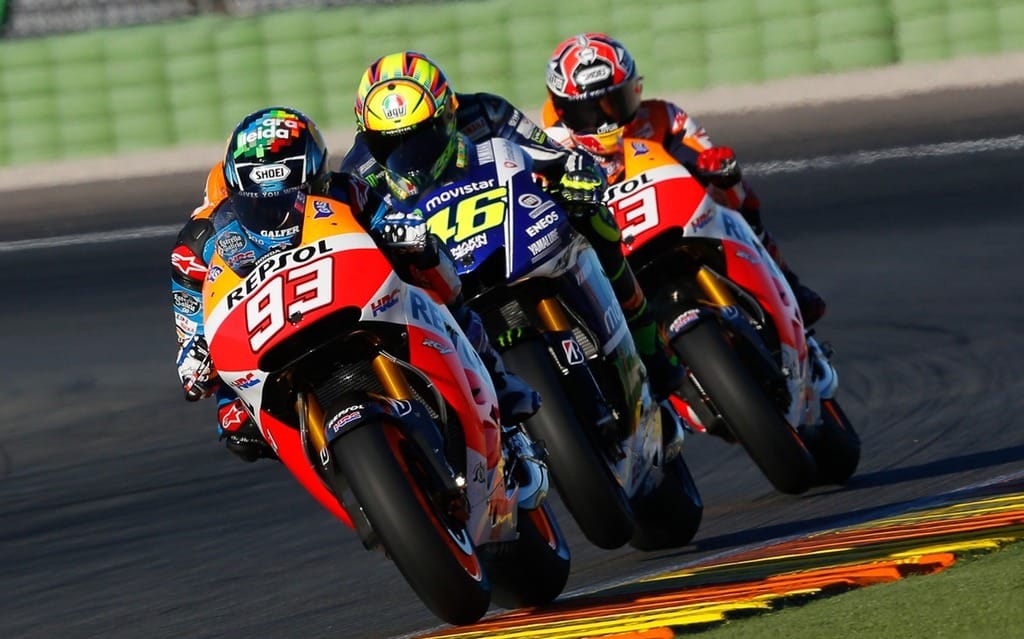 The day after the MotoGP 2014 season finale in Valencia, Spain, teams were back to work testing for next season. But it wasn’t all hard work.

Alex Marquez, brother of two-time MotoGP champion Marc Marquez, took home the 2014 Moto3 title. His reward from Honda? A few laps of the Ricardo Tormo Circuit on big brother Marc’s RC213V MotoGP machine. Marc joined Alex on track on one of his prototypes.

At one point Valentino Rossi found himself inside a Marquez sandwich for a few corners. Afterwards the Italian tweeted a photo of the scene. The caption read: “Sogno o son desto?” Translation: am I dreaming?

’Fraid not, Vale. But it will be a while yet before we see the Marquez boys on track together in a real MotoGP race; Alex is competing in Moto2 next season.