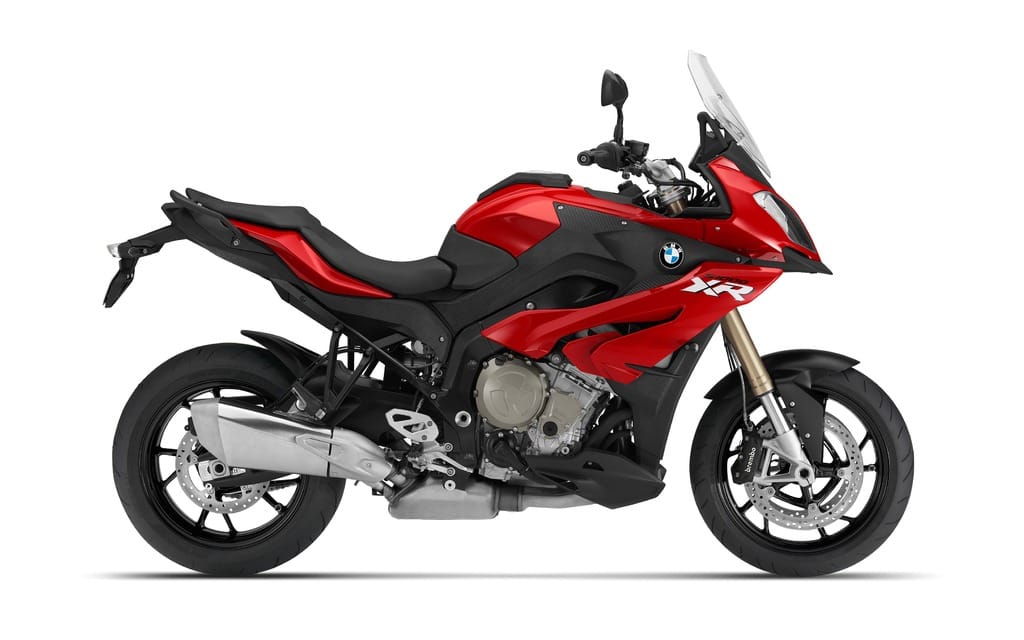 BMW Motorrad took the wraps off a new model, the S1000XR, at the recent EICMA motorcycle show in Milan, Italy.

The XR is a new take on BMW’s existing straight-four platform, already represented in the lineup by the S1000RR and HP4 superbikes and S1000R naked roadster. BMW says the XR’s engine “is basically derived from the S1000R.” It boasts claimed output maximums of 160 hp at 11,000 rpm and 83 lb-ft at 9,250 rpm.

Chassis design is derived from the existing model series, though the XR incorporates a new aluminum-alloy perimeter frame using the mill as a stressed member. As well, chassis geometry is completely redesigned to foster “light-footed handling and a raised seating position,” according to BMW. ABS is standard (no surprise from BMW), as is Automatic Stability Control (ASC) and two riding modes (Road and Rain).

BMW says the new XR “fuses the characters and strengths of the BMW Motorrad GS, Touring and Sport models to create a new breed of motorcycle tagged ‘adventure sport.’” Pricing has yet to be confirmed, but the S1000XR will be in Canadian dealerships next summer.