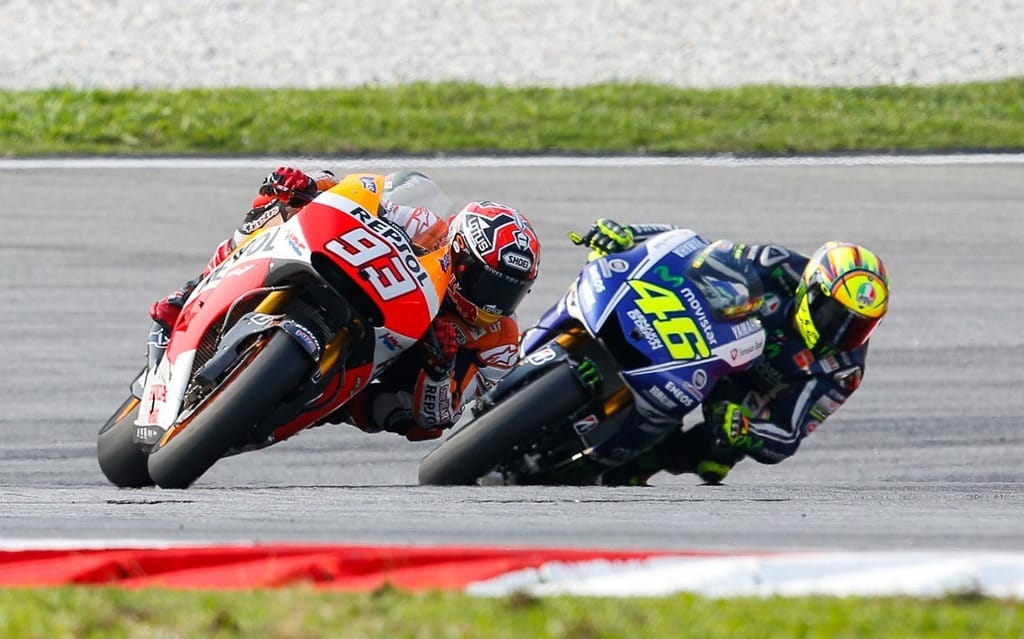 The only thing hotter than the heat in Malaysia was the pace of Marc Marquez. The 2014 MotoGP champion, despite a poor start, rode his Repsol Honda to victory in last Sunday’s Malaysian Grand Prix.

Jorge Lorenzo led early, as did his Movistar Yamaha teammate Valentino Rossi. After Marquez took the lead just over halfway through the race Rossi hung tight for a few laps, but Marquez’s race pace was simply too fast to match. Rossi took second 2.445 seconds back, while Lorenzo finished third, 3.508 seconds adrift. For full results from Sepang, click here.

Though Marquez has already claimed the 2014 title, second and third have yet to be settled. Rossi sits second with 275 points, with Lorenzo third at 263.