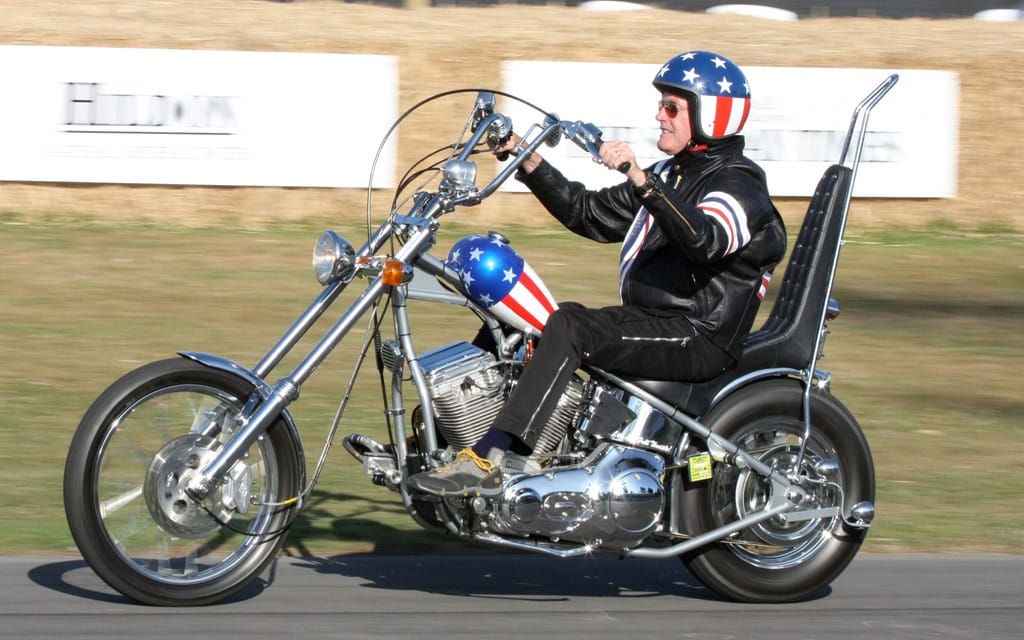 The iconic Captain America chopper – of Peter Fonda Easy Rider fame – has sold at auction for $1.35 million (US), The Los Angeles Times reports. The winning bidder was not identified.

Michael Eisenberg, a Los Angeles resident and collector of movie memorabilia, had purchased the Harley panhead earlier this year after he was convinced by Dan Haggerty – who had a minor role in Easy Rider – it was the last remaining Captain America of the four used during filming (the other three were apparently stolen and sold for parts).

Whether this is actually the last Captain America is open for debate. Haggerty had told The Times he had authenticated and sold a different Captain America previously and told that owner it was the last remaining. Apparently Peter Fonda is not pleased, telling The Times, “There’s a big rat stinking someplace in this.”