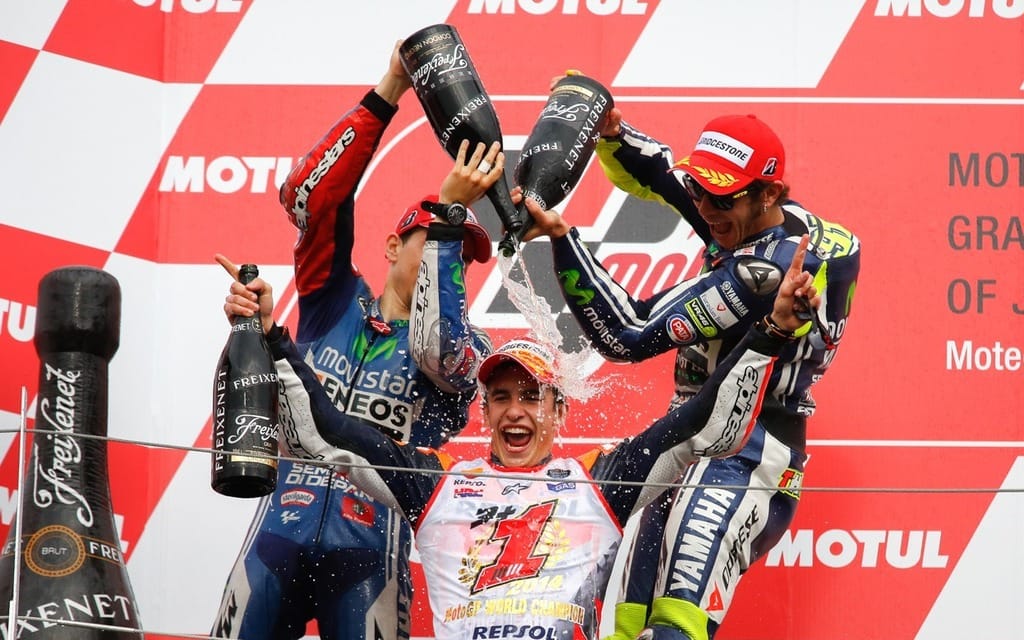 Repsol Honda’s Marc Marquez secured his second successive MotoGP championship on the weekend. The 21-year-old Spaniard’s second place finish was good enough to clinch the title, which made Honda doubly happy as it occurred on home soil at Japan’s Motegi circuit.

“Just two years in MotoGP with two titles is incredible,” Marquez said. “Misano and Aragon we made some mistakes so it was important to focus here for Honda. I’m really happy with my team and family and fans, they’re all pushing me. It’s like a dream right now.”

Marquez retaining the title overshadowed the sterling ride of Jorge Lorenzo (Movistar Yamaha), who cruised to victory by 1.638 seconds. Lorenzo’s teammate Valentino Rossi rounded out the podium in third, 2.602 seconds back. For full results from Motegi, click here.

Marquez has first place wrapped up, but the fight for the remaining overall rostrum spots is far from decided. Rossi sits second, though is tied on points with Dani Pedrosa (Repsol Honda) with 230. Meanwhile, Lorenzo continues to gain ground and is a scant three points shy at 227.

The next round of MotoGP goes October 19 at Phillip Island, Australia.