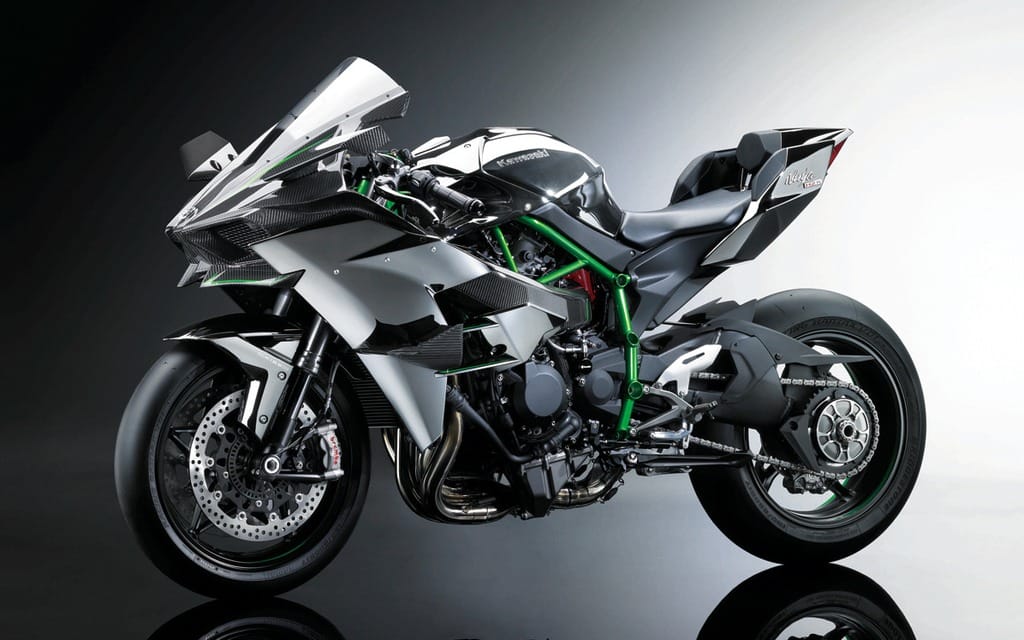 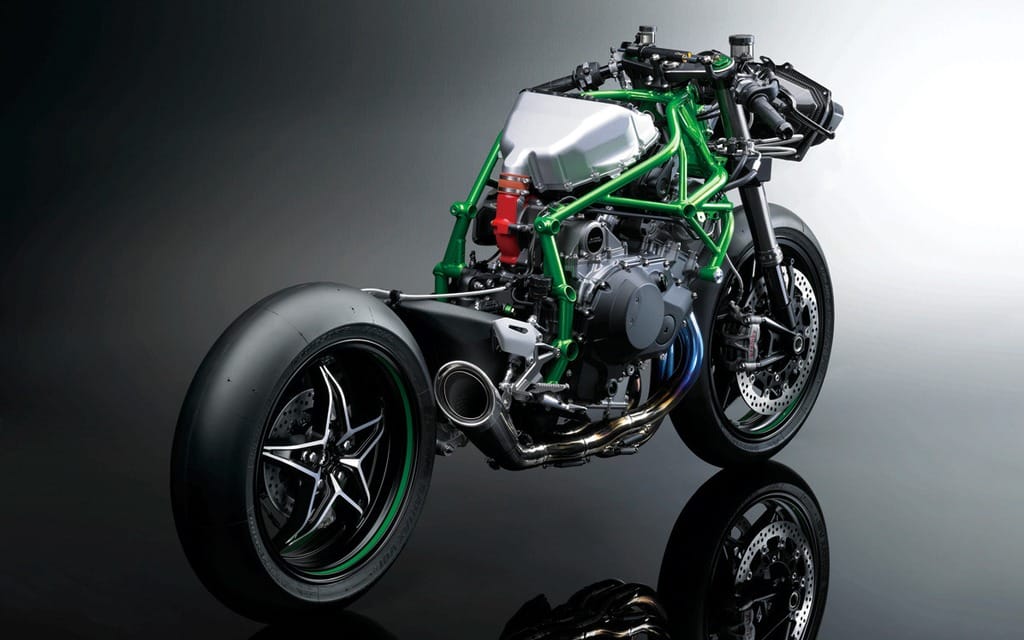 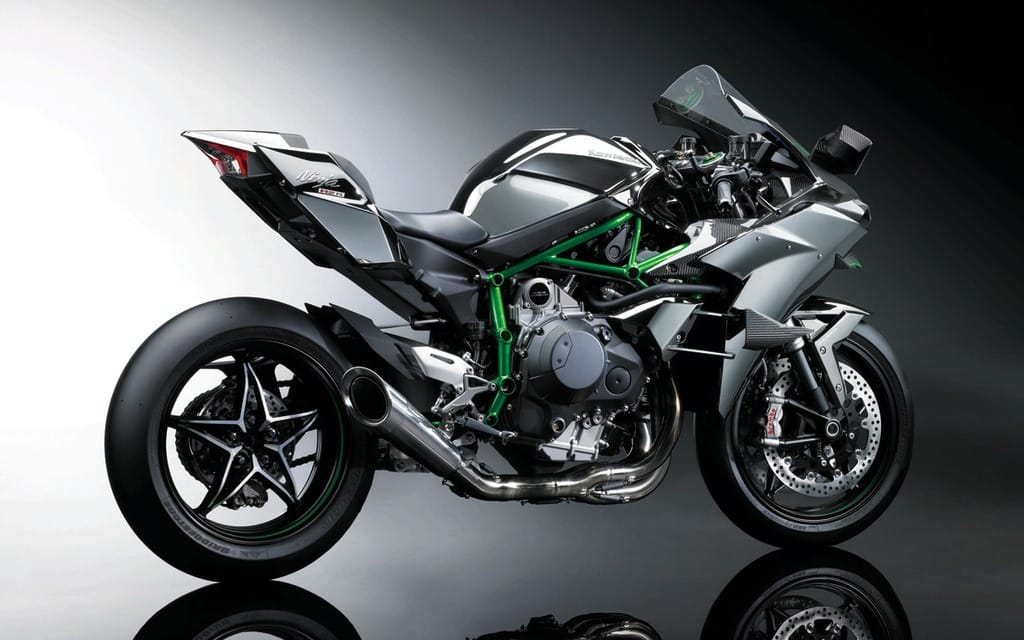 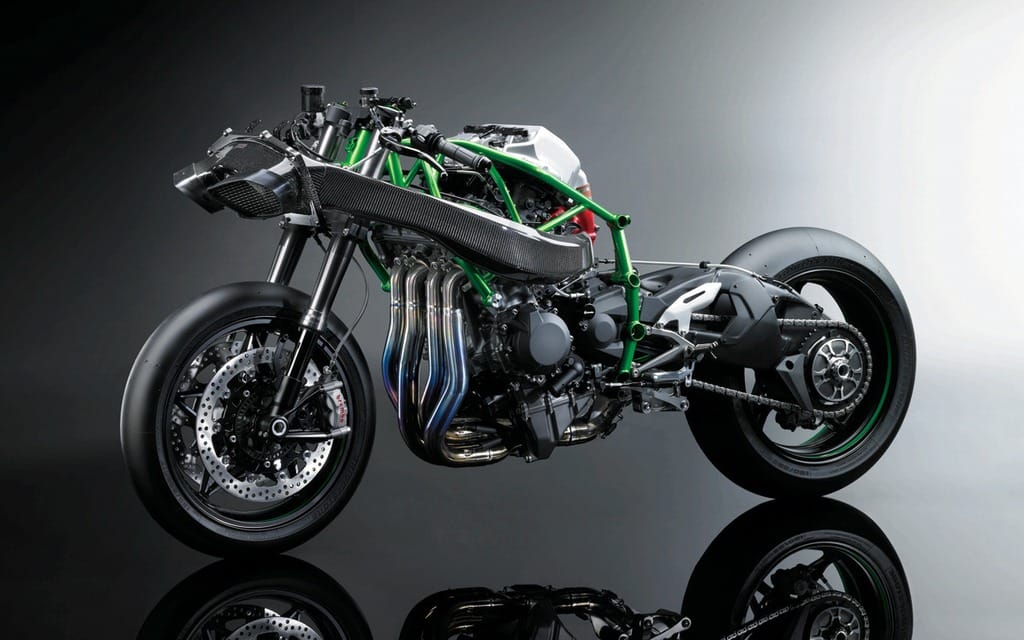 Following a string of teaser videos, Kawasaki’s new Ninja H2R has made its official debut at the Intermot motorcycle show in Cologne, Germany.

The H2R is based on the ZX-10R platform but incorporates a centrifugal supercharger into its 998 cc 16-valve four-cylinder engine to produce, according to Kawasaki, “in the region of 300 horsepower.” The frame is steel trellis, the swingarm single-sided, and the H2R comes cloaked in carbon fibre. It also features fins and winglets designed by Kawasaki Aerospace Company to keep the H2R from escaping the Earth’s orbit.

Sadly, though perhaps sensibly, you won’t see this bike on the streets. “The H2R is only available as a closed-course model,” says Kawasaki. “Fitted with slick racing tires, it may not be ridden on public roads and should only be ridden by experienced riders.”

No word yet on price or availability.