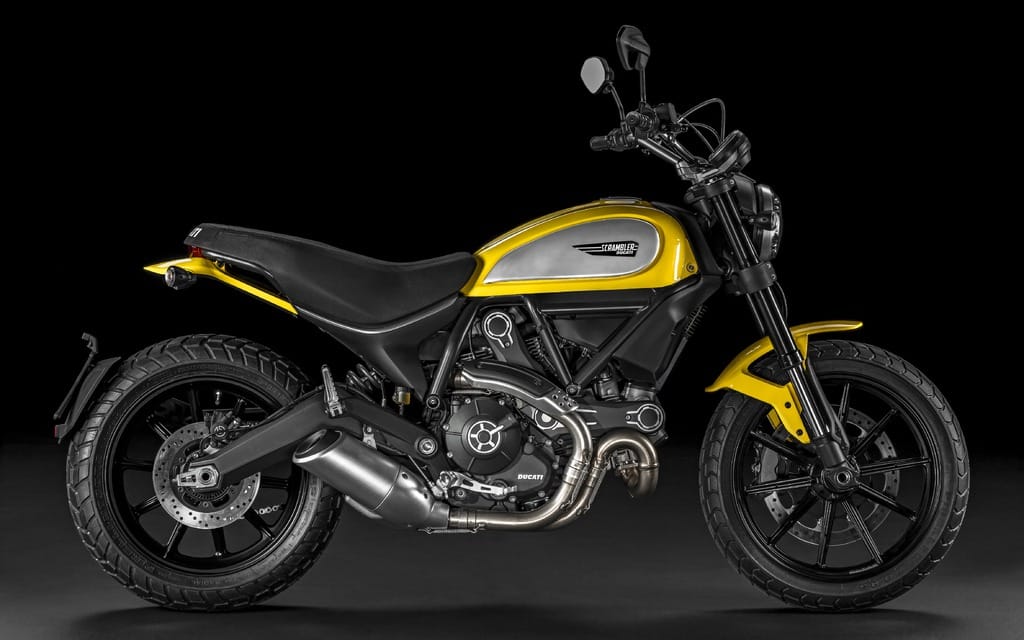 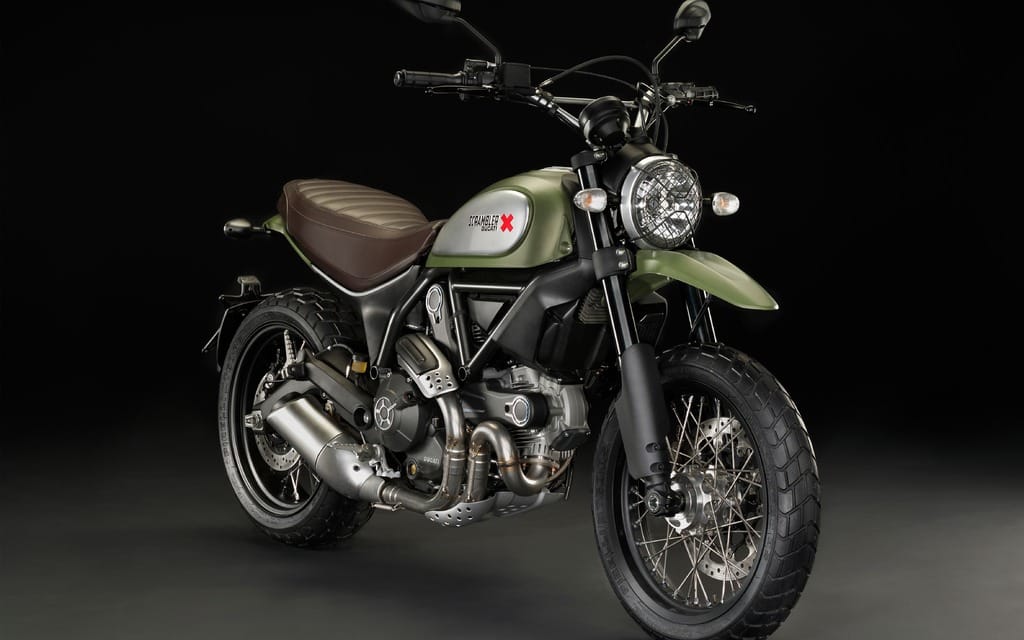 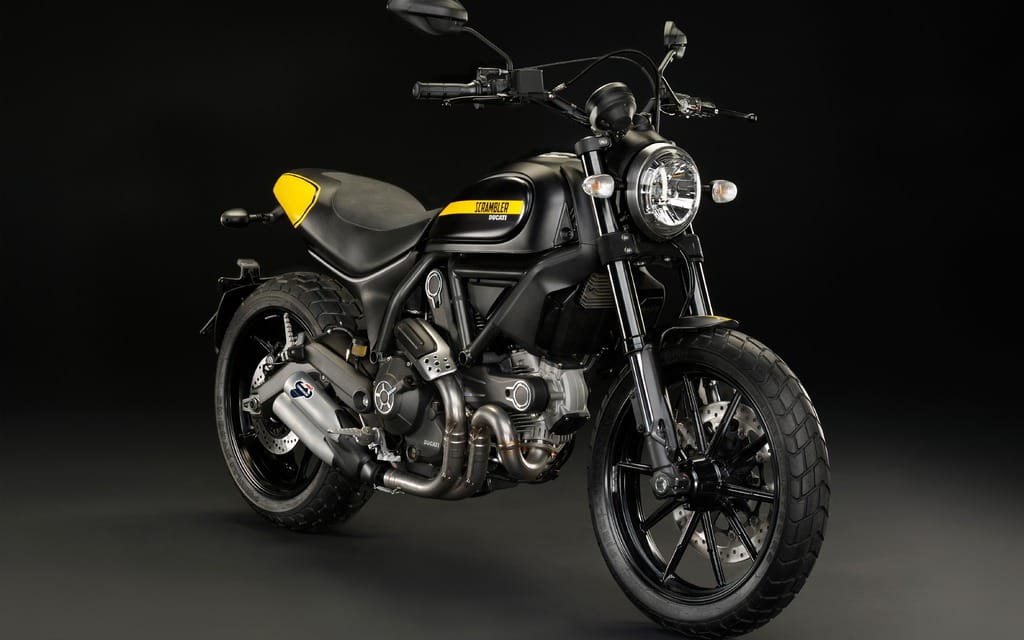 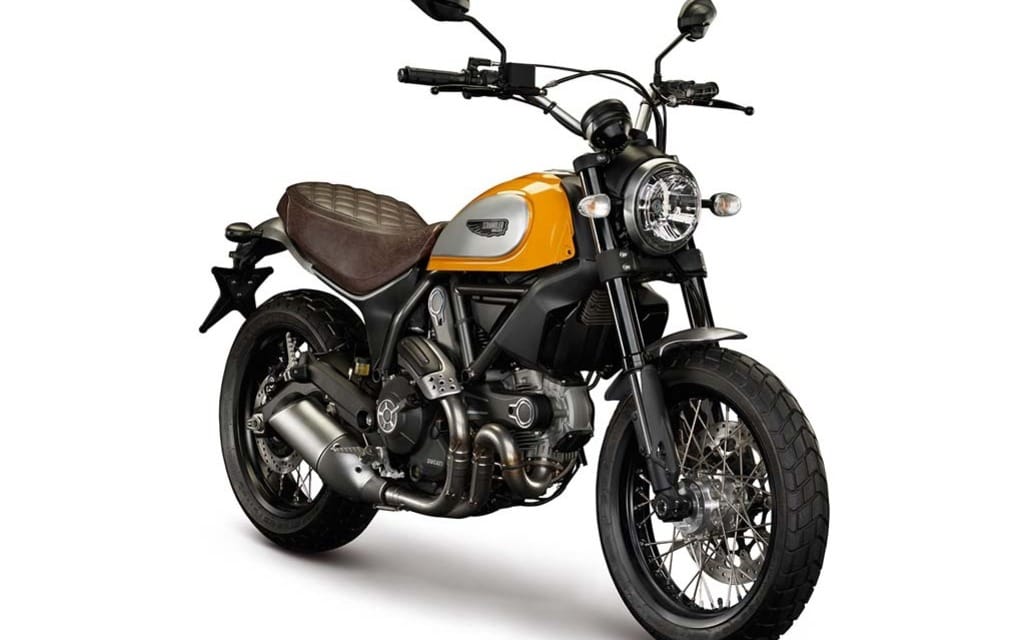 Months after staffers were given a sneak peek, Ducati has unveiled its Scrambler to the general public.

The 2015 Ducati Scrambler has an air-cooled 803 cc V-twin, the same motor that was once used in the Monster 796 and Hypermotard 796. Ducati claims the engine pumps out 75 hp at 7,000 rpm and 50 lb-ft of torque at its peak. Wet weight is claimed to be a svelte 186 kg. Couple that with a fairly flat seat and tall, wide bars and it looks like the Scrambler will be a blast to bash about.

The tank and stance have a retro look, but Ducati didn’t go all-in on the theme. The Scrambler Icon gets 10-spoke mag rims (though there are two other versions – the Urban Enduro and Classic – that receive spoked rollers) and a two-into-one low-slung exhaust.

Price and availability for Canada have yet to be confirmed.