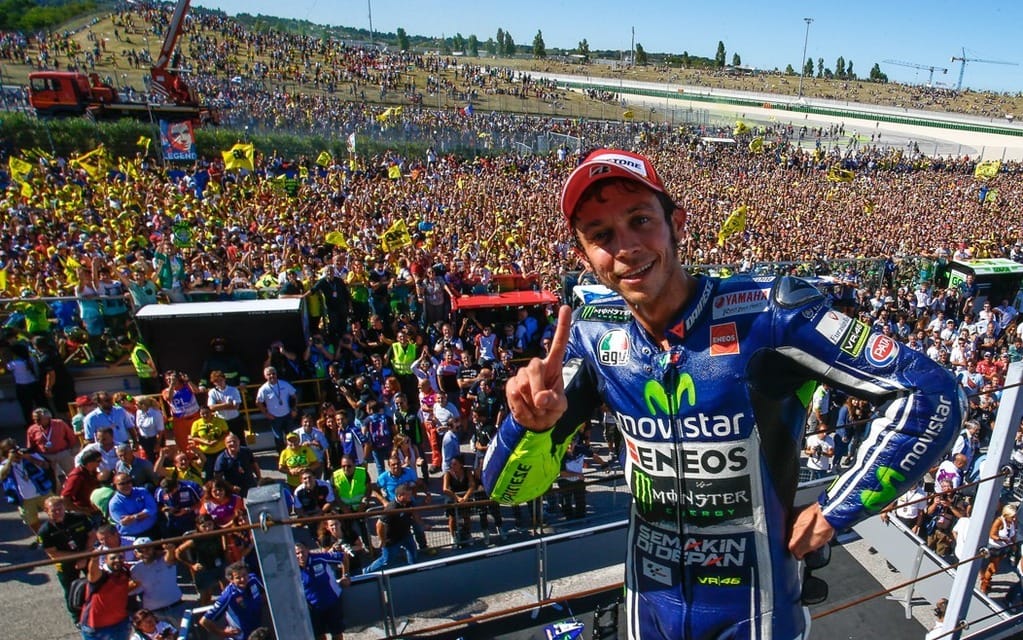 Fans were in ecstasy at the Misano World Circuit near San Marino, Italy, where local MotoGP superstar Valentino Rossi was victorious on Sunday. It was Movistar Yamaha’s first win of the season and Rossi’s first since Assen last year, the victory taking him to an incredible 5,000 total Grand Prix points.

Jorge Lorenzo (Movistar Yamaha) led early while a fierce battle between Rossi and defending champion Marc Marquez (Repsol Honda) raged close behind. The pair repeatedly exchanged places and then both passed Lorenzo with the laps elapsed still in the single digits. With Rossi leading and attempting to pull away, Marquez pushed too hard on lap 10 and went down at Rio corner. He struggled to get restarted, but was still able to salvage a single point on the day.

After that it was academic. Lorenzo could not close the gap and Rossi cruised to victory in front of an increasingly raucous crowd, beating his teammate by 1.578 seconds. Dani Pedrosa (Repsol Honda) finished third, 4.276 seconds back. For full results from Misano, click here.

Marc Marquez continues to lead the overall championship with 289 points, with Dani Pedrosa a distant second at 215. Rossi remains third overall, his victory bringing him to within one point of Pedrosa.

The next round of MotoGP goes September 28 at MotorLand Aragon, Spain.