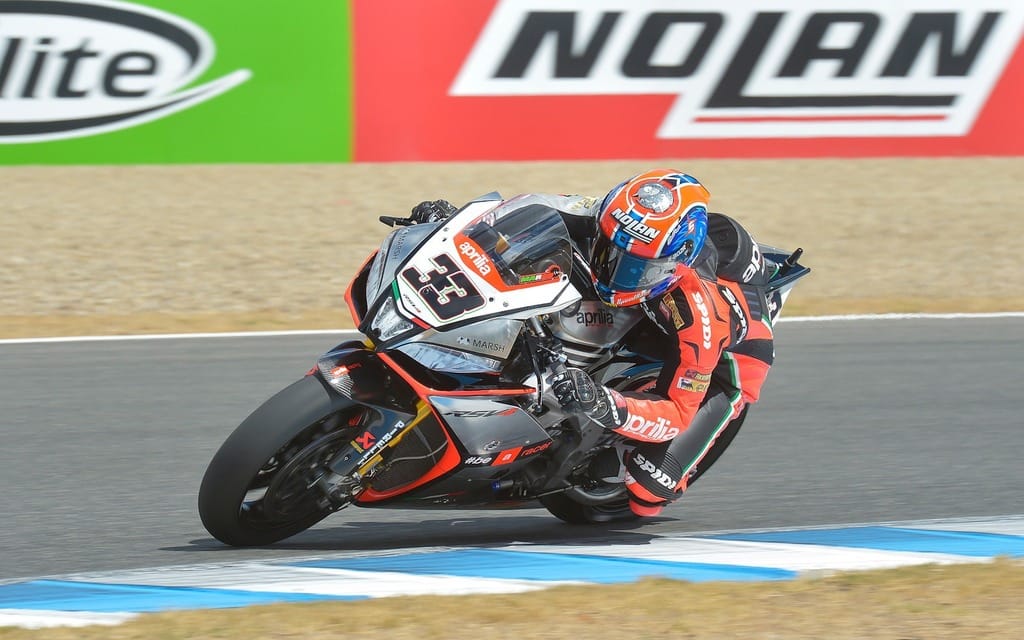 Double double for Aprilia in Spain

Sunday in Spain was a good day for Aprilia as Marco Melandri took two victories, while teammate Sylvain Guintoli netted a pair of second-place finishes in World Superbike action at the Jerez circuit.

Race One was a thriller with a train of eight riders constantly exchanging places early on. Pole sitter Loris Baz (Kawasaki Racing Team) had a poor start, but rebounded well and took the lead near the end of the fourth lap. Guintoli responded to take the lead on lap eight, though a late charge saw Melandri cross the line first at the flag. Guintoli finished 1.397 seconds back, while Chaz Davies (Ducati Superbike Team) took third, 4.283 seconds behind.

Defending champ Tom Sykes (Kawasaki Racing Team) had a solid start in Race Two and was in contention early on, though Sylvain Guintoli looked smooth and comfortable in the lead. Until Marco Melandri passed Sykes and began closing the gap, that is. Guintoli snuck a look over his shoulder and it all went downhill from there. Melandri passed his teammate in the final third of the race and claimed his second win of the day, 2.845 seconds ahead of Guintoli. Sykes finished 6.097 seconds back in third. For full results from Jerez, click here.

The next round of WSBK goes October 5 at Magny Cours, France.